Anyone have a Creative Idea of what I should do for my Christmas Break?  I have had a few things I thought about doing, but non of which have transpired as of yet.

For those who don't know who JK Rowling is as of  yet, she is the British author of the often mischievous and occasionally mystical character Harry Potter.  For those who have not heard of Harry Potter, do not fret, it is of little importance, but I will wonder where you have been over the past number of years that you wouldn't have heard of this popular fictional character.  Nevertheless, I was reading about JK Rowling and found out that since '97, when she published her first Harry Potter book, she has personally made well over 1 Billion dollars. There have been over 250 Million copies of the 6 HP books sold already, even at $15 per book (which most likely averages more like $20) the total sales would be worth over 3.75 Billion.  The 4 HP movies have brought in well over 3 Billion in the world wide box office, with HP4 still going very strong.  These, along with strong current book sales, the very likely 3 more HP blockbuster movies, a 7th book in the works and the millions in merchandising.  I will let you do the math, but as you can easily tell Rowling has created an impressive multi-Billion dollar empire.  As mentioned Rowling has planned just one more installment in the book series, but she is planning on taking her time on it.  Over the past 8 years she has gone from being a welfare mother to a Billion dollar lady.  A truly impressive feat.

I was walking around town yesterday evening when I decided I would only walk in straight lines.  This meant that every time I came to another pedestrian walking they had to move around me.  I have to say most people start to steer clear well in advance, but then there are other people that must expect you to avoid them.  For those people it seemed like an old fashion game of chicken ensued, who will turn first?  I have to say I definitely rubbed a couple shoulders.  It was tough at times to hold in my laughter when other people would not change their course.  They were going straight also and there was nothing (perhaps only a light post) that would stop them.  I am sure if we got psychology involved we could from this simple experiment perceive something about how that person, to some extent, interact with others.  Next time you are walking around lets see if you are always the one avoiding or being avoided.
by Jon Barrett 7 comments:

I did a search for Jonathan Barrett and was looking at images. (basically seeing who my fellow namesakes are out there). This is When I came across a tombstone with my name. It's kind of weird to see your own name on a tombstone.

Have you ever tried Google Fight?  The concept is to type in two separate words and see what one has more web pages associated with that word.  Kind of sounds boring when I think about it, but it can be good for a few moments of entertainment. 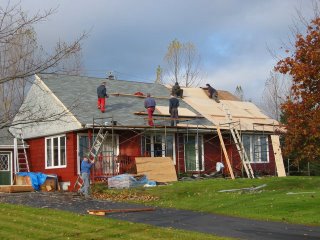 Me and my brothers spend last weekend working on the roof at my parents place. I now have a new respect for people who roof for a living. It can be a tough job.

I have been playing around with base.google.com (Google Database) for a few minutes. Honestly I was expecting more. To me it simply seems like it will become a big classified add program. I will admit I still don't now much about it (since it just started yesterday). A few important things about it is that information will be very quickly launched (15 minutes) on Google's search engine compared to possibly weeks for a normal personal page to appear in Google's search. Give it some time I am sure it will become big knowing Google.
by Jon Barrett No comments:

I was randomly searching around for travel ideas on Sunday evening when I came across many flight specials to England.  For $418 (Plus Fees) I could fly to London on the 14th of December and return on the 31st.  I was thinking about it, but being that I have already been to London I doubt I will bother going again.   It is not on the top of my current To Do travel list.

Once the Snow Flies 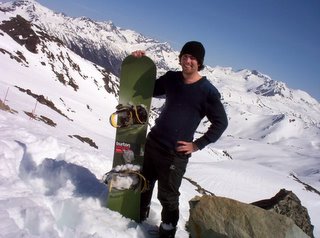 I am trying to deceid if I want to go back to the Rockies this winter to get some more skiing in. Last year I went during Christmas and got about 10 days in, this year I would be going during Feb break when there is more of the deep white fluffy stuff. I had wanted to ski Whistler during that time, but it doesn't look like that is going to work out as planned.(Pict of me boarding at Whistler this past Spring) 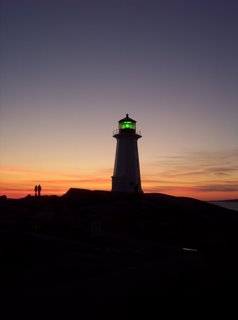 I can see why so many people like to visit Peggy's Cove. It is such a beautiful and interesting little place. The rugged coastline with little to no vegetation caused by the harsh salt breeze. It was a cool evening with a stiff breeze from off the ocean the evening that I went out. There were a few people milling around but by no means were there crowds as can be seen in the summer months. It was a perfect evening to get some great shots.
by Jon Barrett 2 comments: 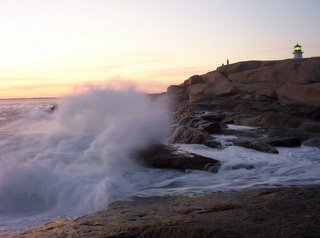 It feels like hockey for most people has been up and running for about a month.  For me however, Saturday was my first time on the ice for the new season.  Boy did it feel good.  Five on and one spare per side of all out chaos.  I was great to get back on the ice.  I scored 3 goals as well.  Not bad compared to my normal scoring ability and me playing defence most of the game.  I need to get on the ice a lot more if I want to get back to were I would like to be though.  Only time will tell if I am able to find more quality ice time. 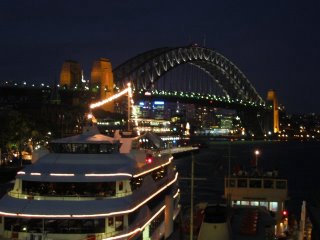