Today the contractor finished the last pile for the foundation work (378 pilings complete). There is now over 90 metric tons of steel and 44,000 cubic feet of concrete in the ground to support the building. As we start to build upward the progress will start to be much more visible vs during the pilings only seeing the site get built up with sand and mud day by day. We will now have the building laid out again for the pile cap and short column work. We hope to get a good start on this work for the basement area prior to the next Eid holiday mid-October.

This past week we made a lot of progress on finalizing the site design and grading with Chris. During his time here I found out that Chris likes to surf, so it felt like an opportune time to give it a go down at Cox's Bazar beach. Unfortunately none of the expats on campus had ever gone to Cox's to surf before so we were a bit in the dark as to where to find the equipment, or if it even was available to rent.  Undaunted we set off anyway with high hopes. As we neared Cox's (about a 45 minute drive south) we started to call some contacts we have made during our time here and eventually a number Holly was able to look-up got us in touch with some guys that surf and who said we could rent a couple boards from them for the morning. 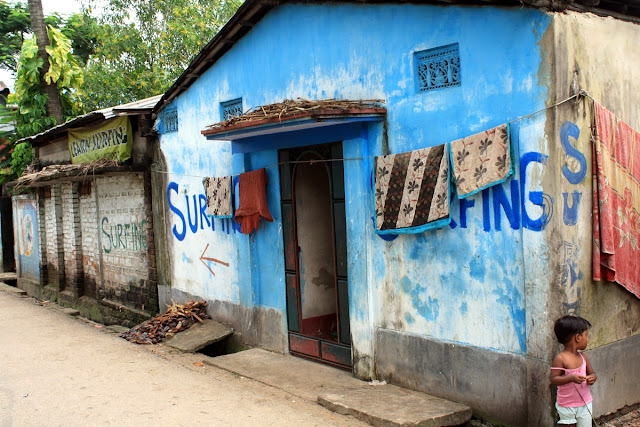 (Down a small road, then an even narrower alleyway we found the "surf shop") 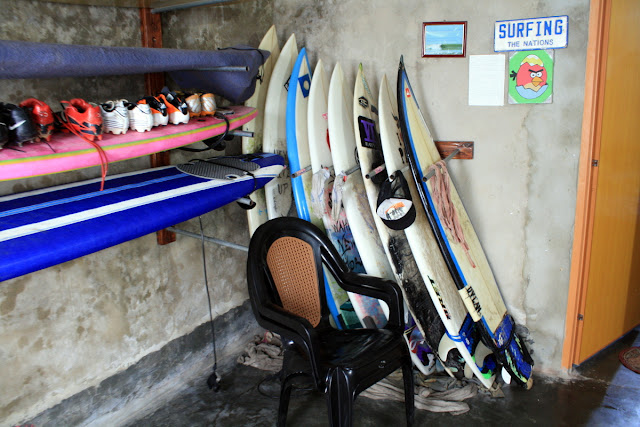 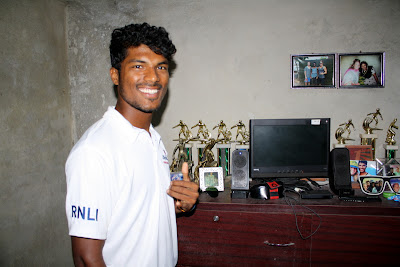 (Showing off some of his surf trophies)

The waves were great for a beginner for me yet still fun for a regular surfer like Chris. I was told they were 3 foot waves, but to me when they are coming at us they were breaking well over our heads (wave height measured from the back side). Overall they were quite consistent with a few minute lul to catch our breath as the tide was changing. 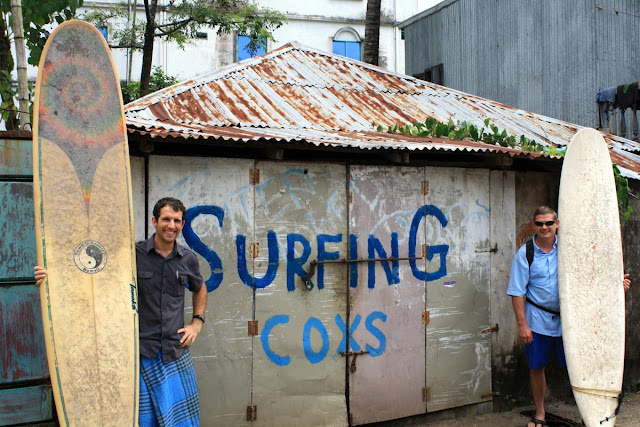 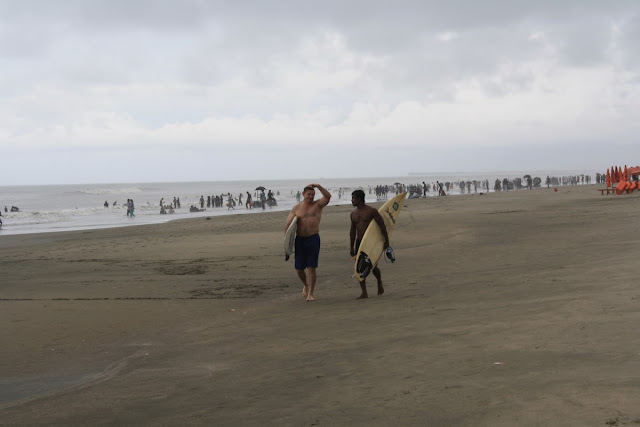 (Walking back up the beach after some good waves with the one surfer we met out in the water.)

The shoreline is relatively straight and sandy for about 130 kms so there is a load of space, although it's not a problem as we only saw five other surfers on this Saturday morning over the 5 kms of the main cox's beach we could see. 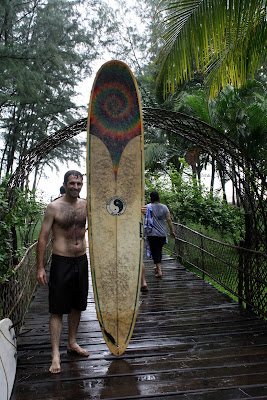 (Jon heading in after a few hours of surfing) 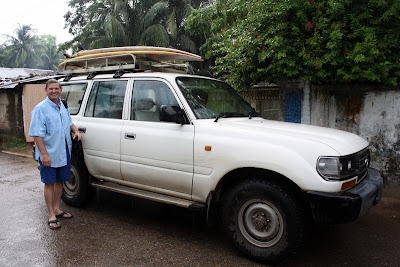 We could have easily spent more time out on the water, but we also had to pickup John, our American Architect, from the Cox's airport and get back to Malumghat for a team meeting. From what I hear it sounds like September/October has the most consistent waves.  I'm always going to be looking for someone to surf with now whenever I can get away from the site. Hopefully we have some more short termers that are into it. We are still working on how Holly could do it without drowning in all the clothes she is suppose to wear.

Last Thursday, after loading the truck with various types of sand, stone, bricks and cement, I (Holly) headed to Cox’s Bazar (with a translator and a driver) to visit a government materials testing lab.  First stop was the bank, or rather banks.  Our first choice ATM was out of money (the security guard let me try for a while before informing me) and the second choice machine spit out my card, but we eventually found success downtown.  Armed with some cash, we headed to the lab. 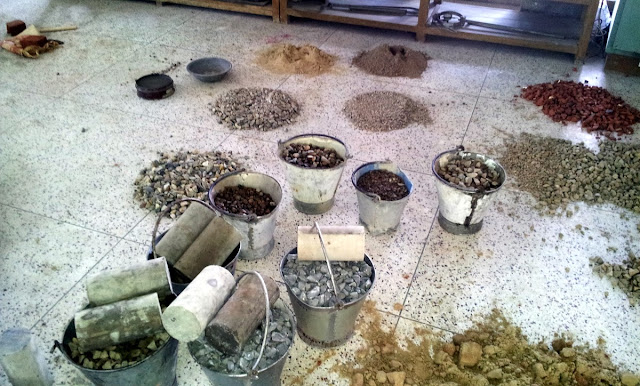 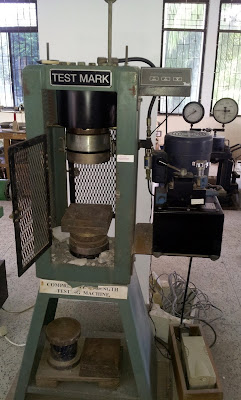 We sat and chatted about testing options with the lab rep for some time and filled out the necessary documents for sieve analysis and L.A. abrasion tests for the aggregate (sand and stone) and compression strength tests for the bricks and cement.  I also purchased some cylinders (for concrete samples during construction) and a slump bucket.  Part way through the meeting my translator asked me if I was the elder child and was amused when I said yes.  (Things are very relational here).  Apparently, he thought I was taking charge, which I took as a compliment (otherwise I would have been there all day!) What do you think about this Katie and Zach?

Jon and the Contractor used the new cylinders today to sample the proposed mixtures (cement/sand/stone) for 3,500 psi and 4,000 psi strength concrete which will be used on the remaining building structure after the 2,500 psi piles/pile caps are complete. 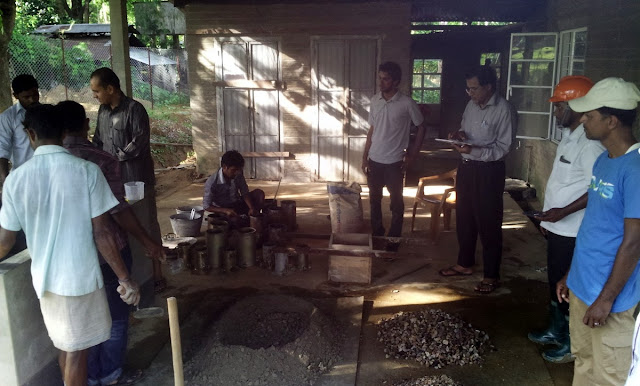 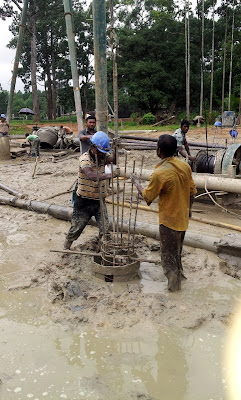 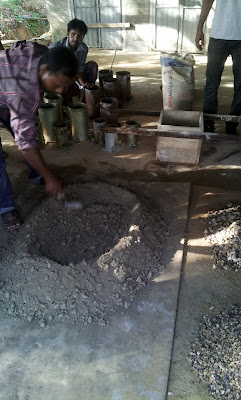 Jon was also in Cox’s Bazar on Sunday to pick up Chris, a civil engineer from the US who has come for a week to help with the site plan (confirm finished floor elevation, drainage, grades and location of roads, etc.).  He has made great progress already and has a similar work ethic to Jon (ability to work a lot of hours) which is especially impressive after the long journey! 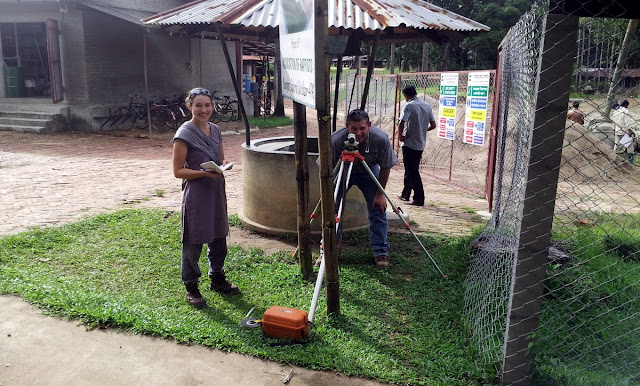