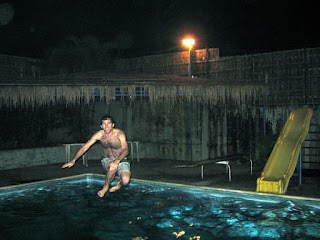 Holly and I just celebrated the start of a new year here in Bangladesh. This year we were able to bring in the new year by taking a midnight swim (well more like a quick dunk) in the pool. It was a bit cool out (14C) but nothing compared to the polar bear swim back home. 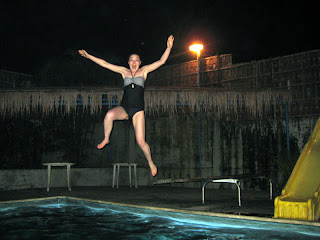 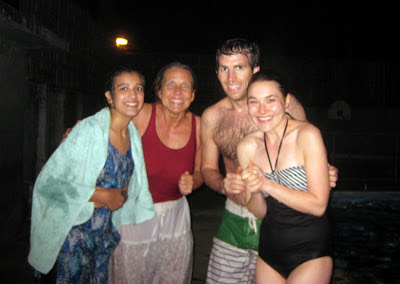 Boat Trip on the Khala

We went for a boat trip on the Khala beside the compound today. Holly and I have been hoping to make it out there for a while now.  It was good to see the area West of the compound that leads out to the Bay of Bengal. We will upload some photos to our photo Gallery. 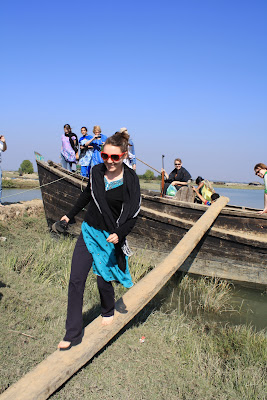 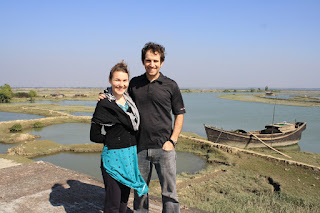 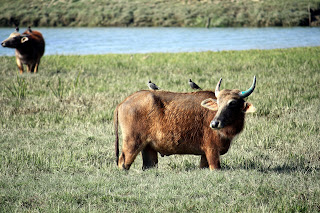 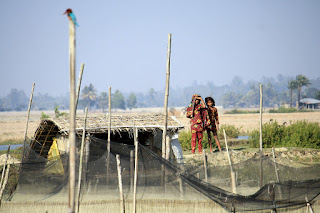 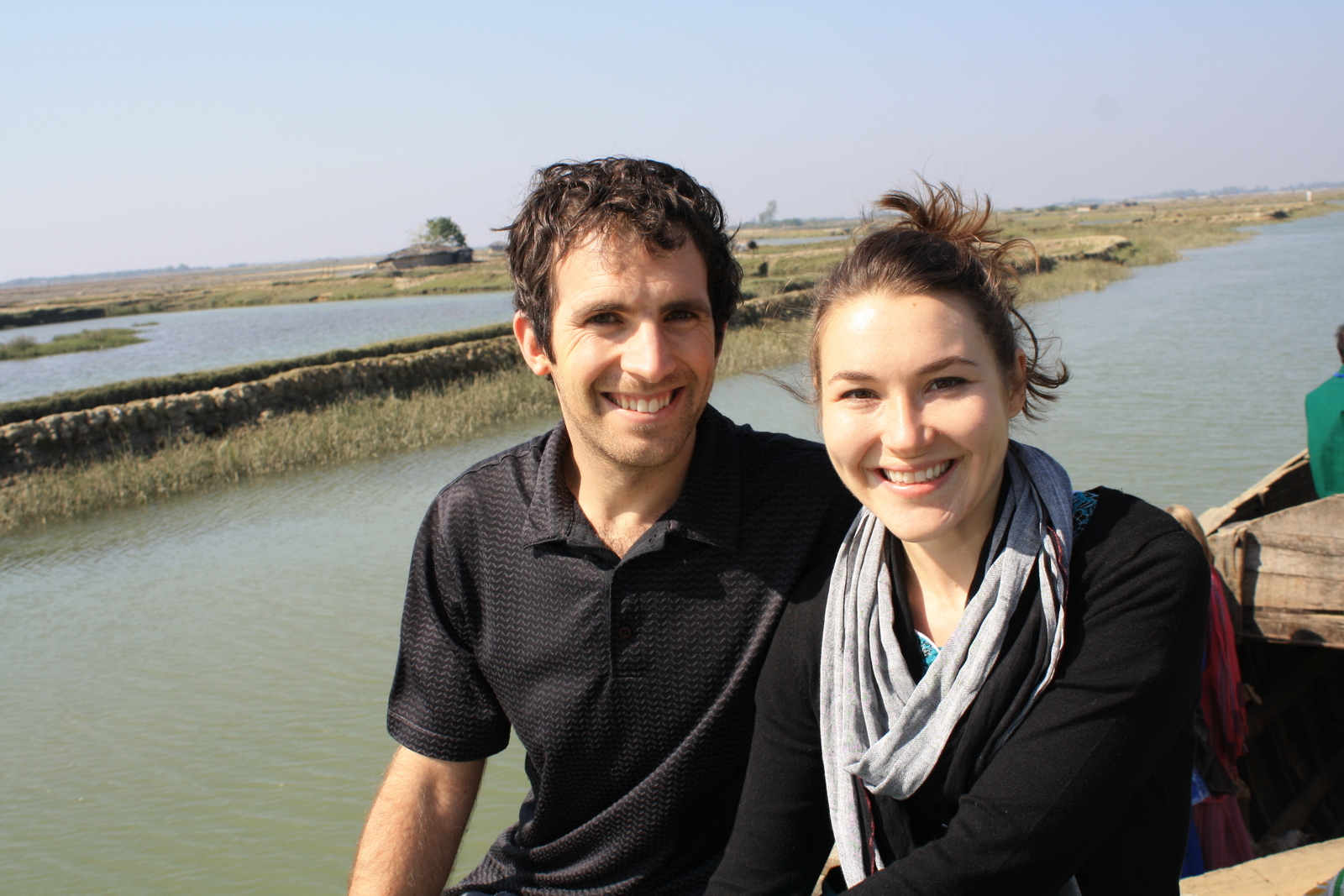 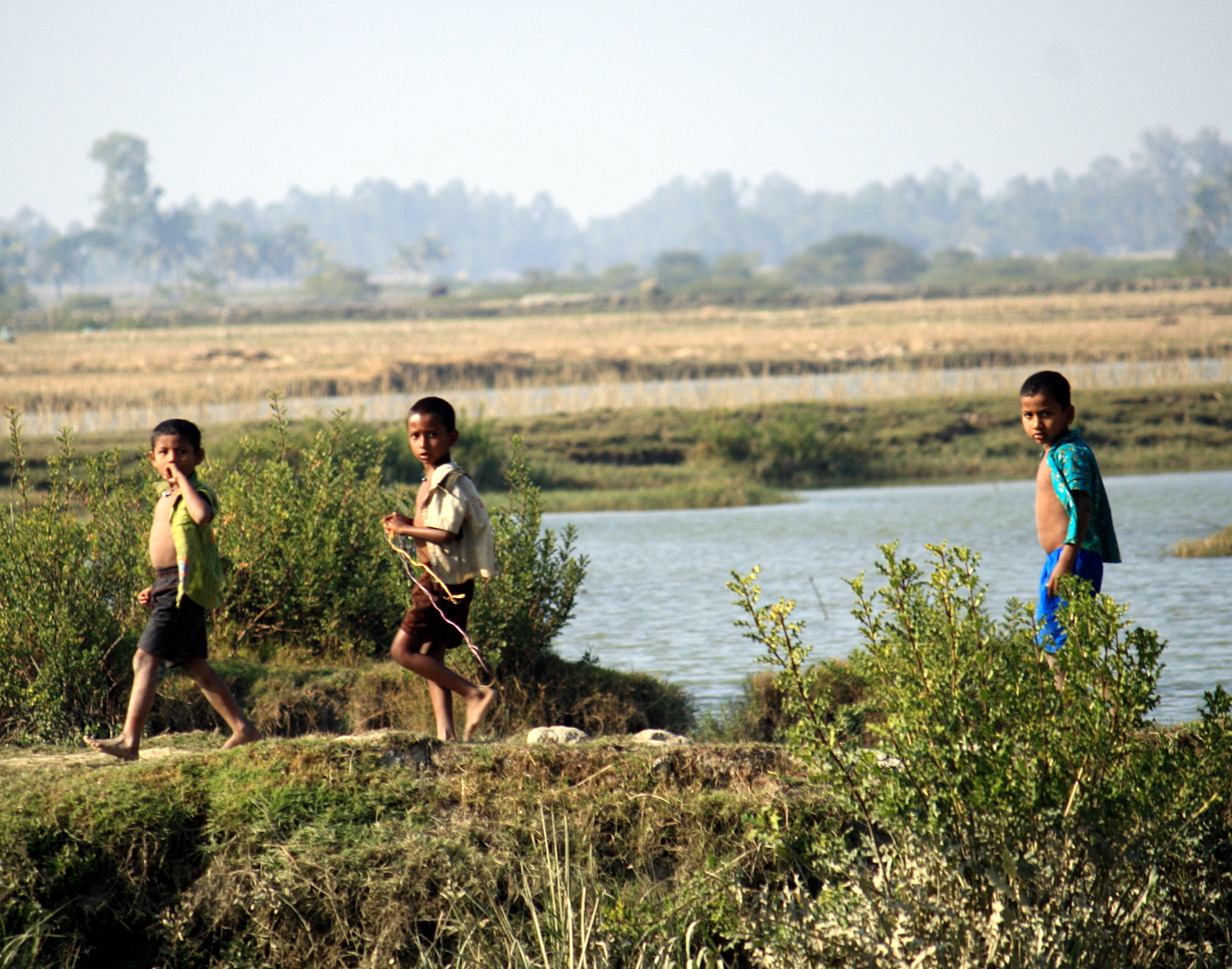 Holly and I both experienced our first earthquake here on Saturday night (about 10:45pm). We had just arrived home from meetings over the weekend in Chittagong, when we felt the house shake and creek. At the time we were not sure exactly what it was as we had never experience one before. I thought it might have just been a really big gust of wind. In the morning we found out it was a magnitude 5.5 that lasted only about 4 seconds in Northwestern Myanmar as everyone was talking about it and how it woke most people up. 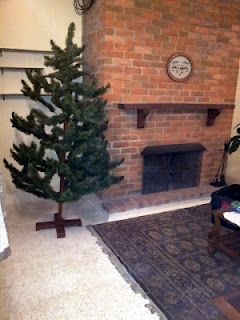 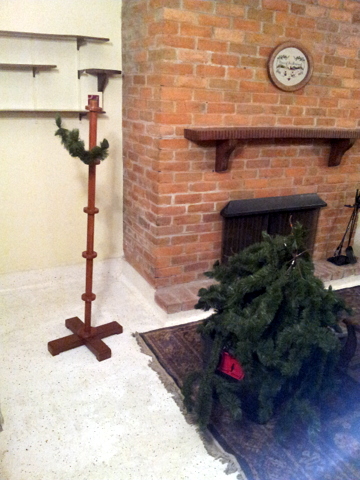 It took a bit of work, but we finally have our Christmas tree up. We were given an artificial tree from one of the houses of people on furlough,  just to find out that the wood post had been eaten by termites! So we had 50 branches with no pole.  Thankfully we were able to describe what we needed to the workshop and they made up this new post. The down side with artificial trees is that without ornaments to fill the voids they don't really look that great? We plan on going to Hearthouse to see if the ladies there can make us a few little things to put on the tree. Maybe even a couple stocking for over the fireplace. 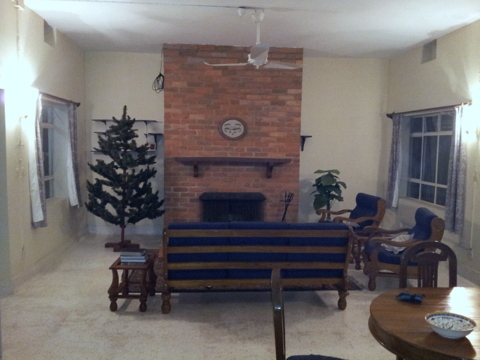 On Wednesday we went for an official tour of the MCH campus (44 acre property where the hospital and our house is located).  There are many programs that have developed out of the hospital work and to support the hospital work.  One of these is the nursing college where they train national nurses to work in the hospital (many leave for more lucrative jobs after working the required time at MCH). 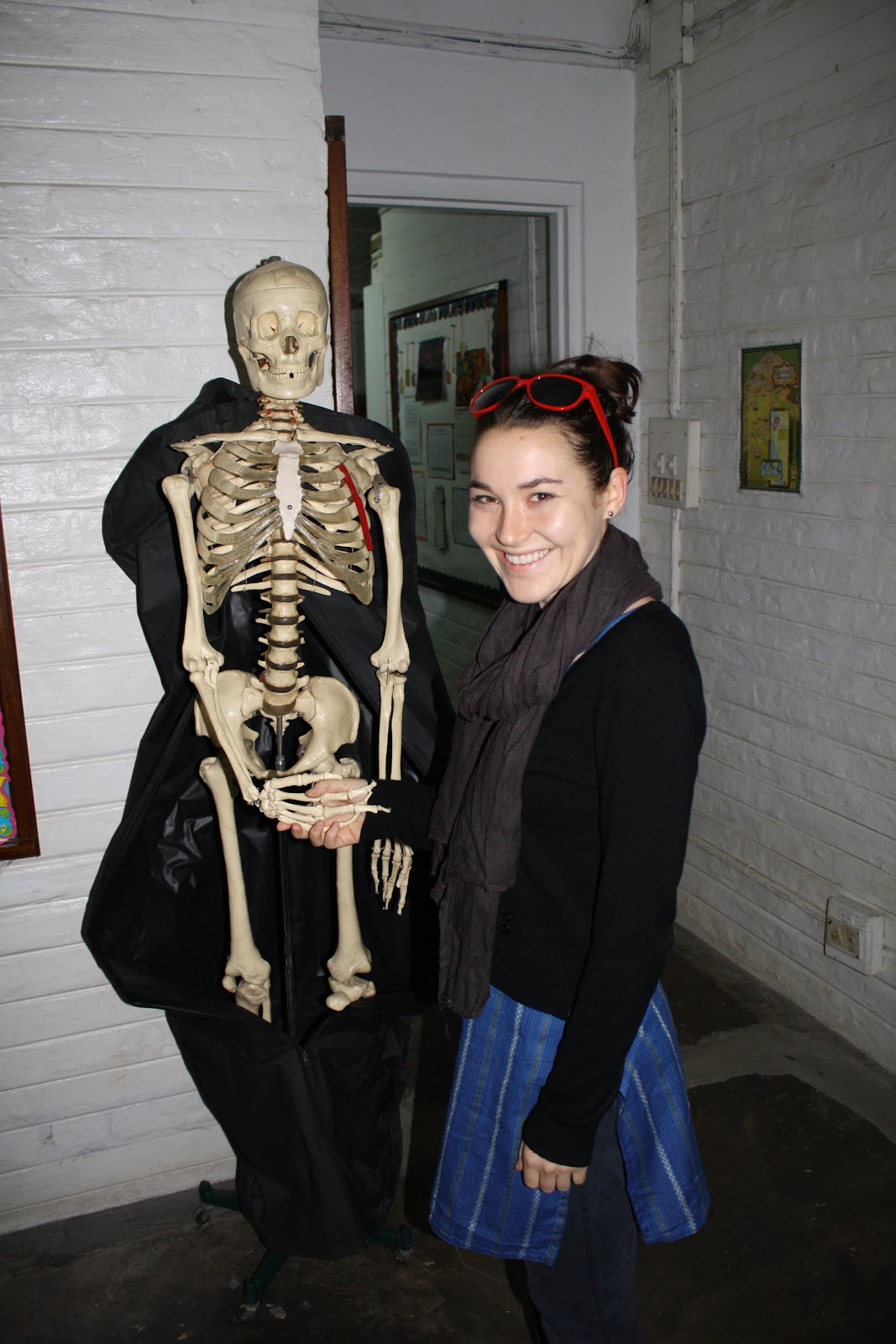 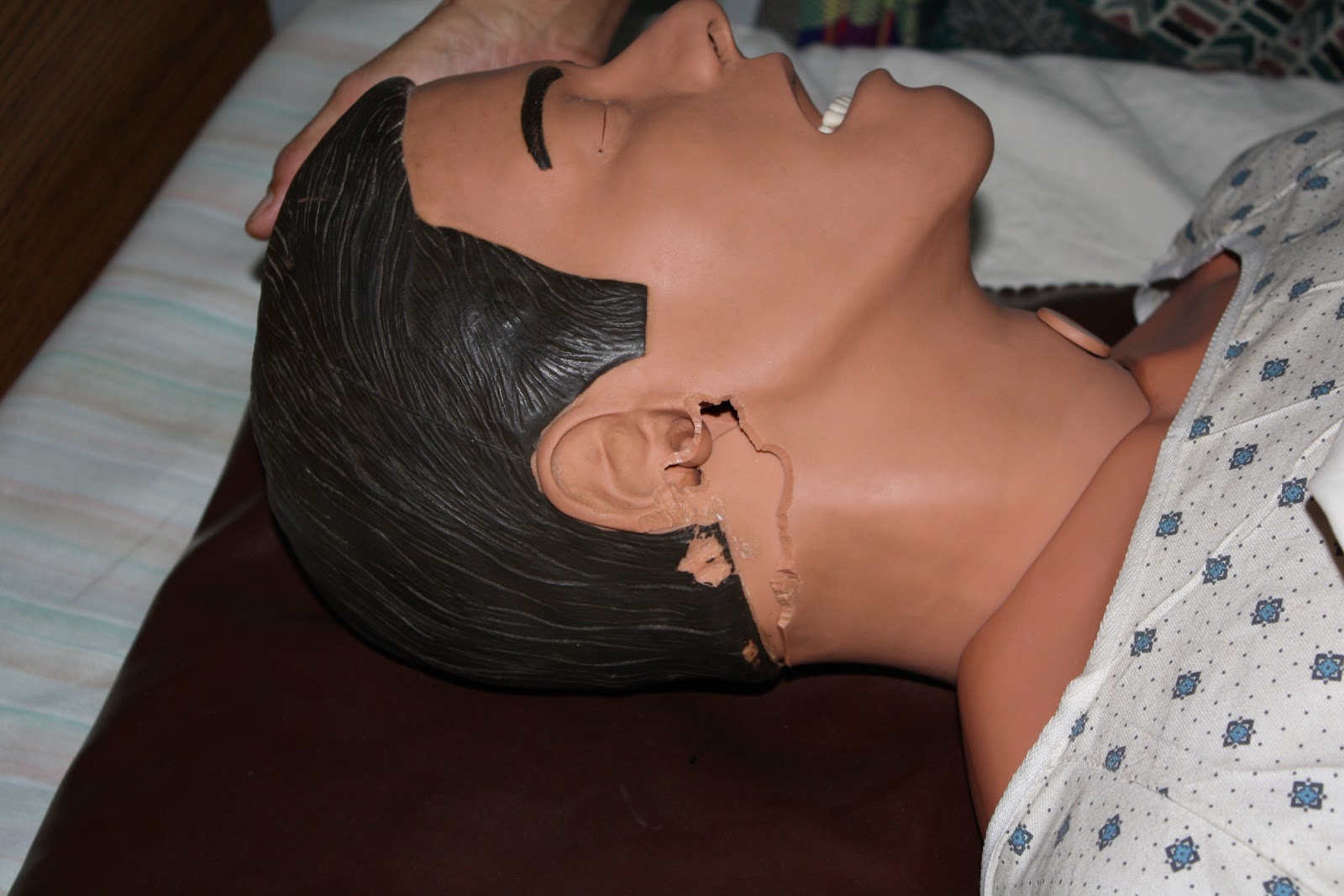 The manikin in the photo above lost an ear to a rat (s?) one night so now they store him in a box (coffin) at night.  The skeleton was donated by CIDA (Canadian International Development Agency).


The elementary school kids were writing exams so we tried not to disturb them.  This little girl must have been waiting for a sibling and appeared to be posing for pictures for us so we took her up on it.  The massive concrete slide is very popular. 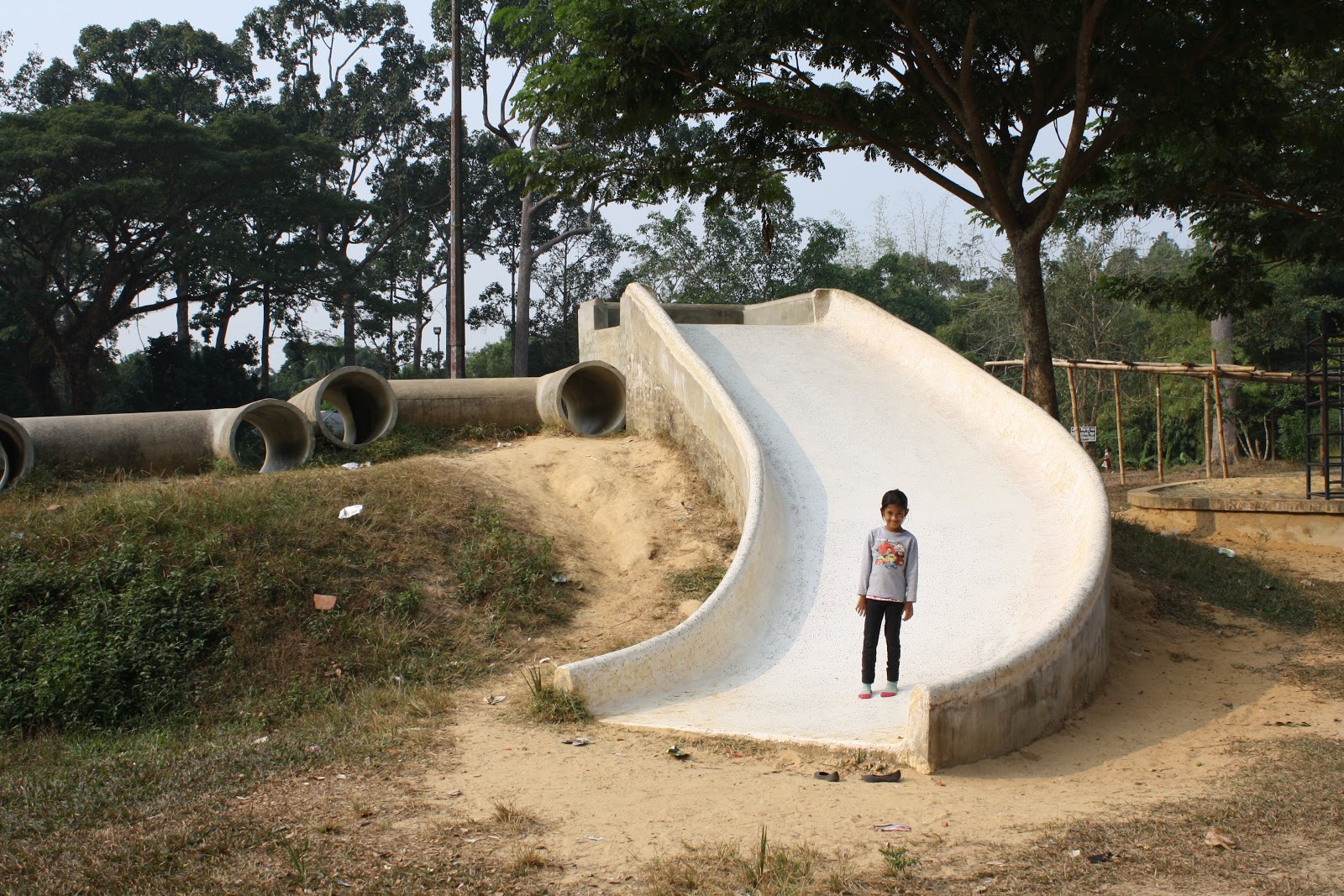 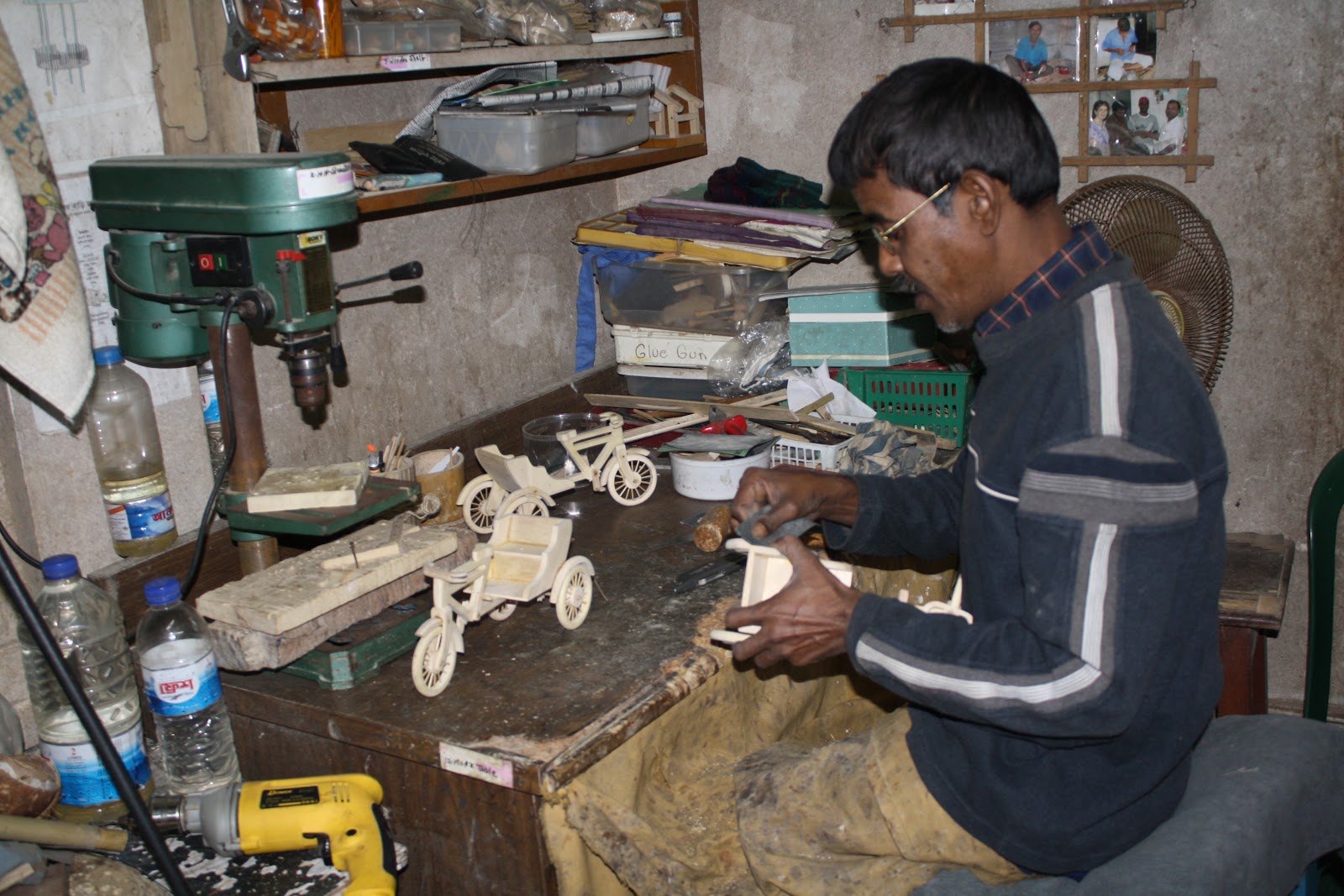 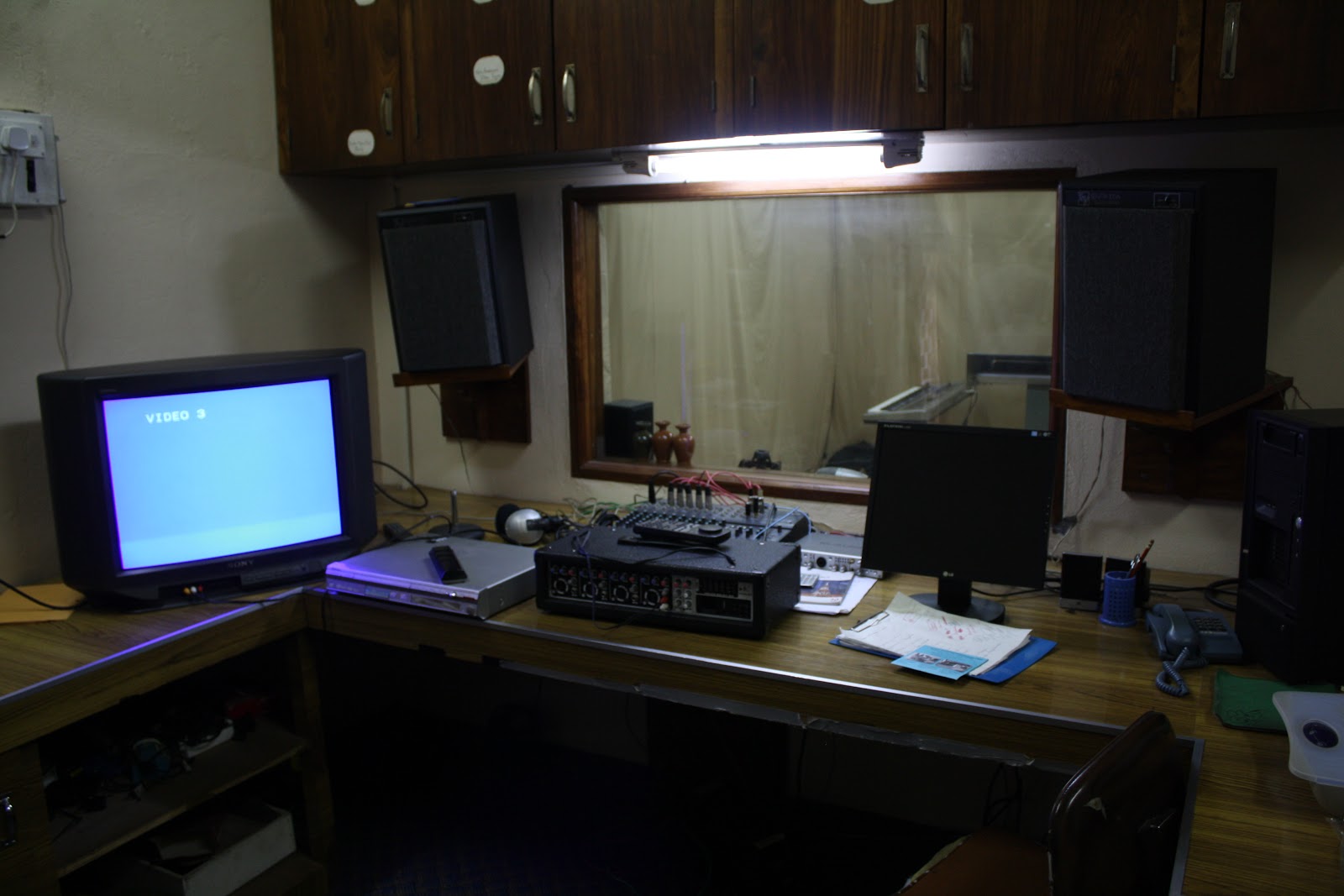 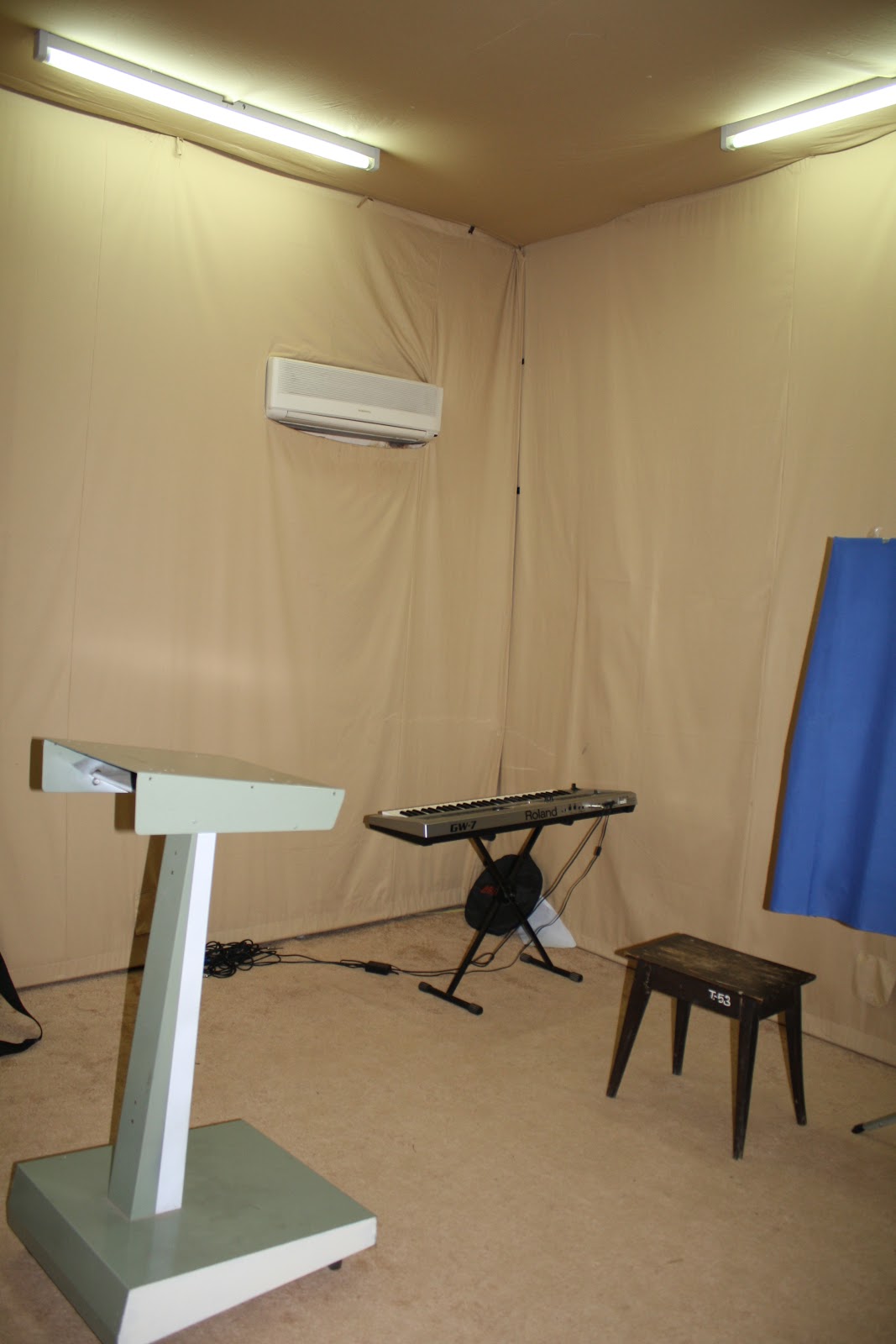 This quiet room is very tempting right now since the religious broadcasting that is coming through our window is quite loud, of poor sound quality and has continued for hours today.  Basically it sounds like someone is shouting into a loud speaker 10 feet away.  Sometimes it is music, or recordings in Arabic, and sometimes people speaking live in Bangla.  Sometimes we just hear a pause and then "Hello?.....hello?....heeeellllloo-o." I guess they want to make sure someone is listening!

We are continuing to keep busy with Bangla language classes and the hospital project.  We are focusing on the electrical design right now since is not as far along as we had anticipated when we arrived.  This includes looking at each room and department and talking with hospital staff about what will be needed in the new hospital (equipment power requirements, outlets, lights, fans, etc.).  A lot of the medical equipment used at the hospital has been donated from outside of Bangladesh leading to a variety of North American, European, and UK plugs.  It gets particularly interesting in the labs and OR's.

Lots of technical stuff to talk about, but I think I will let baby Enoch steal the spotlight just like he did when he paid a visit during the staff tea time last week. 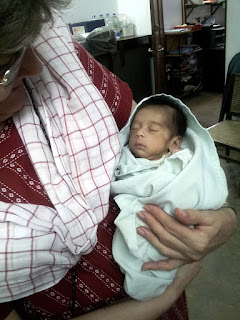 Enoch's mother died giving birth to him prematurely at home and he was sent to a Korean run orphanage in Chittagong.  He was then brought here to Memorial Christian Hospital (MCH) because he had pneumothorax (collapsed lung). It was very touch and go for a few days as various issues were encountered during treatment.  Thankfully he pulled through under the care of the hospital staff and has now gone back to the orphanage where he will be brought up and educated until he is an young adult. 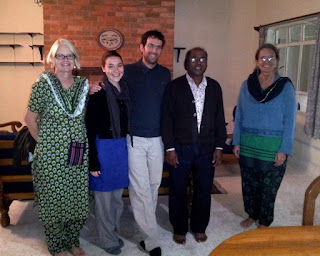 Holly and I started our part time Bangla Studies this week.  They are testing a new method of training for short term volunteers that will give us basic oral communication skills.  The existing set method is more traditional in that it focuses on how to read and write prior to learning speech.   This new method will really give us a quick head start in communicating.  We learned about 300 new words this week (greetings, family members, animals, kitchen items, numbers, colors, body parts, household items, directions, etc.). I will try to post a link with a typical video clip we make during the sessions as we complete a new group of words.  We have been doing the studies out of our home, first thing in the morning for 2 hours before we head to the office then again for 1 hour in the evening.  In the photo is Nancy, Holly, Jon, Derjedon and Shawne. (Derjedon is our teacher and Shawne in on the language committee).  As you can see in the photo the weather is starting to cool down so we have been wearing our sweaters in the early morning hours (gets down to a low of 15C - brrr, but gets back up to 30C in the day).

We have had an interesting past few weeks, between trying to get settled in, attempting to learn some language, exploring our surroundings, tasting & smelling new foods and primarily getting immersed in the project.  Holly and I have just spent the past week back in Dhaka working on project details with the national architectural/structural/mechanical firms doing the design as well as exploring what products and materials are available in country and the quality of such (from stores and on construction sites). Tonight we just arrived back down in Chittagong in order to meet with another engineer in the morning before we continue south to our home at Malumghat for "American Thanksgiving" dinner on Saturday. 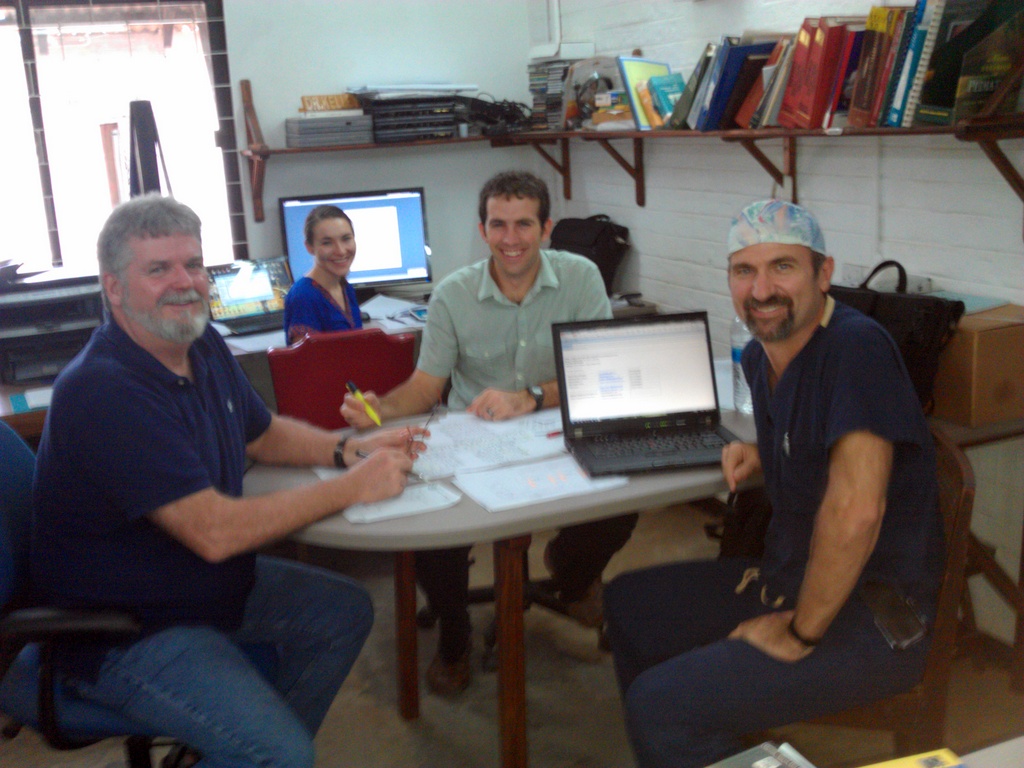 Photo to the left of the "on the field" project team tucked away in our little corner of the doctors' office (A good place also to learn about tropical medicine -hundreds of books on the topic all around us there). 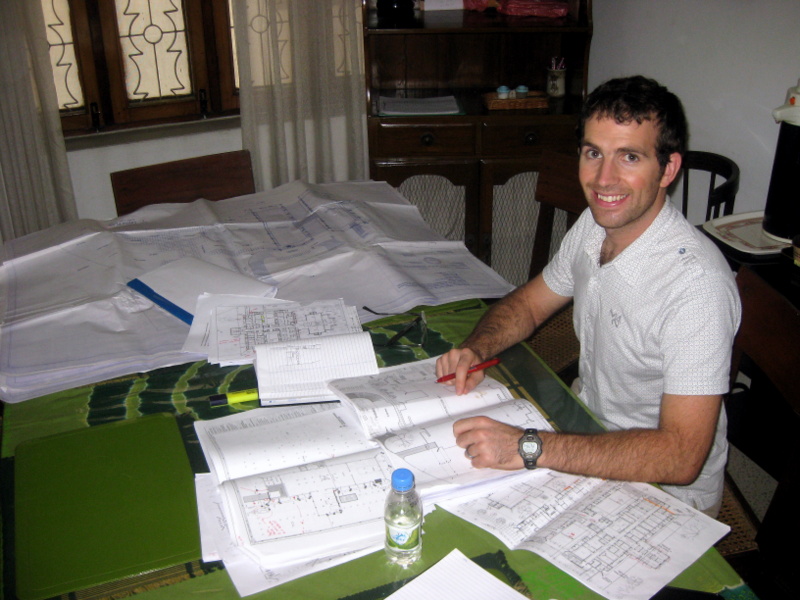 At the moment Holly and I are the only full time project personnel, however we have been very thankful for the fantastic team of professionals back in North America that have given their time to discuss issues and bounce ideas around with.
(Photo to the right of Jon at the Dhaka Guesthouse taking up the entire dining room table trying to get some work done between meals.)

We spent last week being introduced to our new home and neighbors in Malumghat and reviewing drawings and construction details for the new hospital.  The MCH hospital compound includes the existing hospital, an elementary school, a nursing school, a workshop, a canteen, a soccer field, and various apartments and homes located near the back of the property. 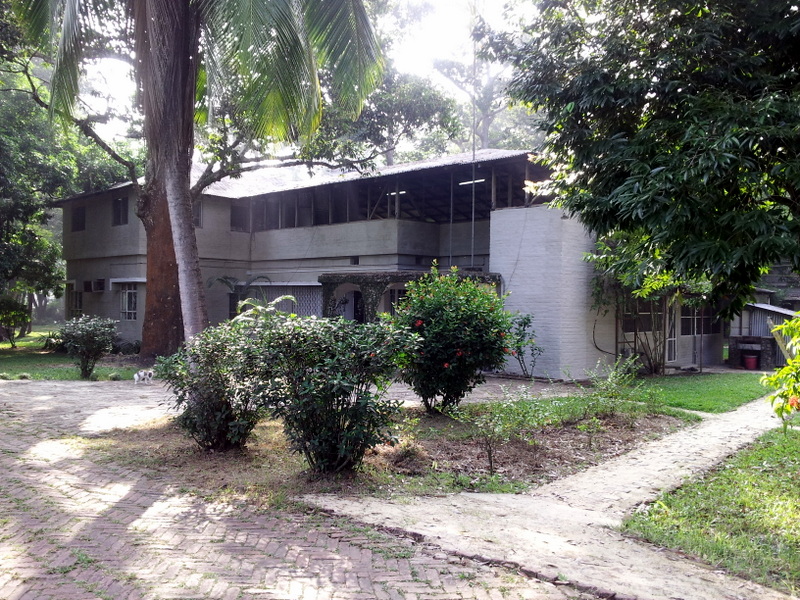 We were surprised by the size and comforts of the home we will be living in (right).  It has been vacant for the past two years since the family living here returned to North America.  It has some mold and mustiness issues since it was unoccupied and due to the humidity in this area, and needs some general cleaning up but we are making great progress with it.  On the main floor we have two bedrooms, an office, two bathrooms, a dinning room/sitting area, a kitchen and wrap around porches for laundry, etc. Lots of room for visitors! The second story is mainly a open area which I have been told was used for parties in the past.  We are looking forward to having veggies from our section of the gardens (bottom right) in a few months. Meanwhile, there is a lot of variety at the market in the nearby town. 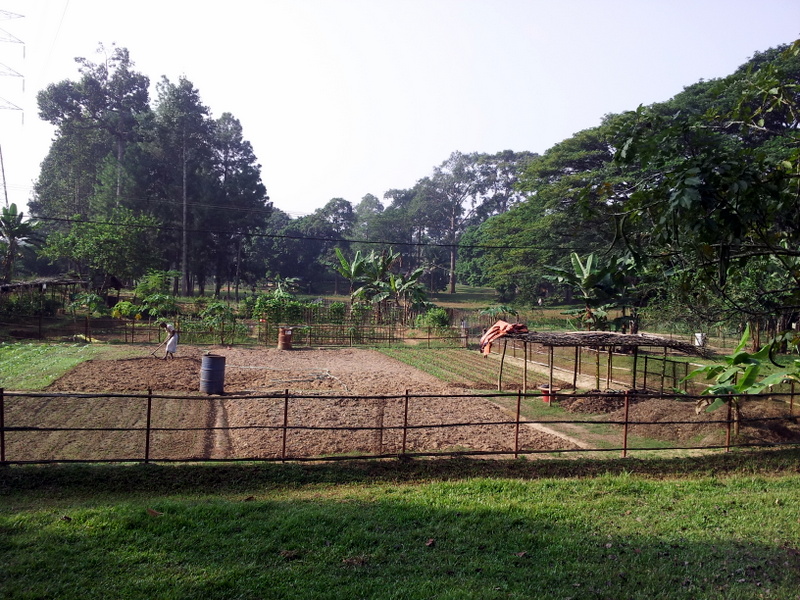 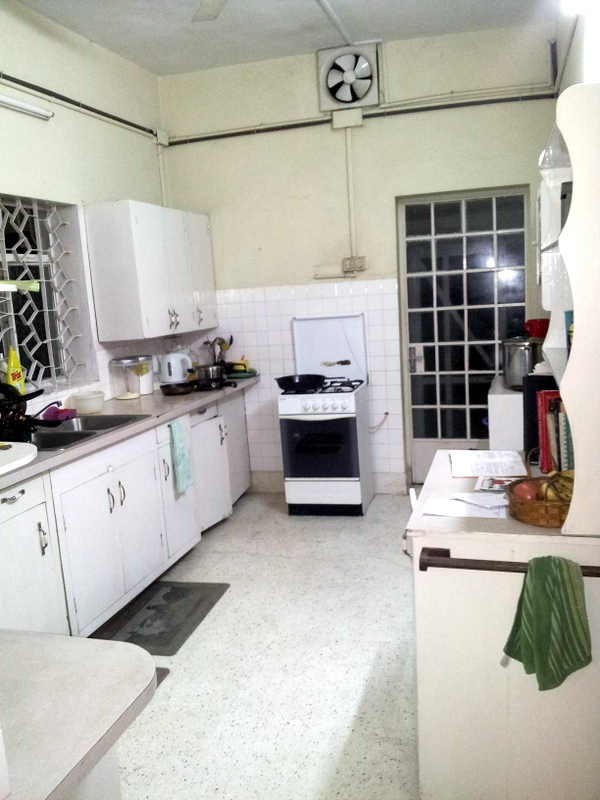 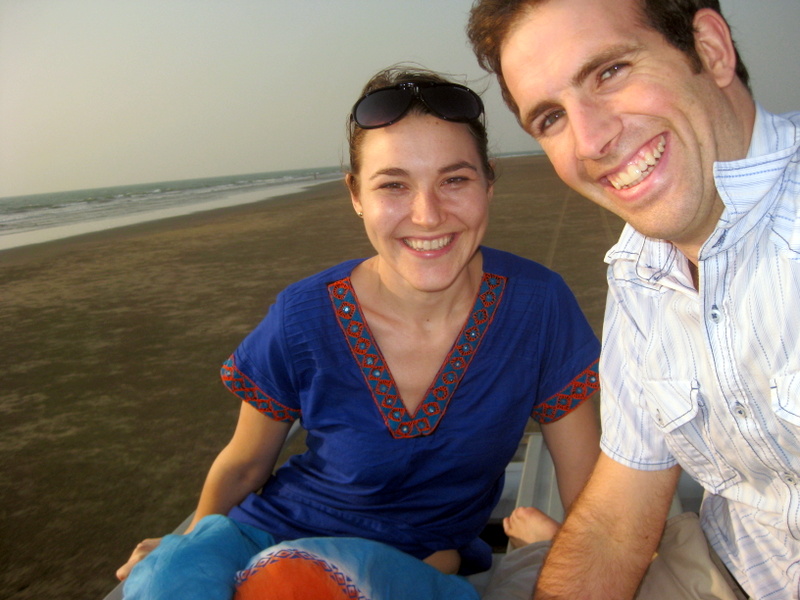 Last weekend we traveled to Cox's Bazaar (about 1 hour south of Malumghat) for a meeting and to check out some building construction examples.  Cox's Bazaar is known for it's extremely long sandy beach which extends 125 km south of the city.  Before heading home we continued our trip further south and enjoyed a ride on the truck roof rack down the beach. 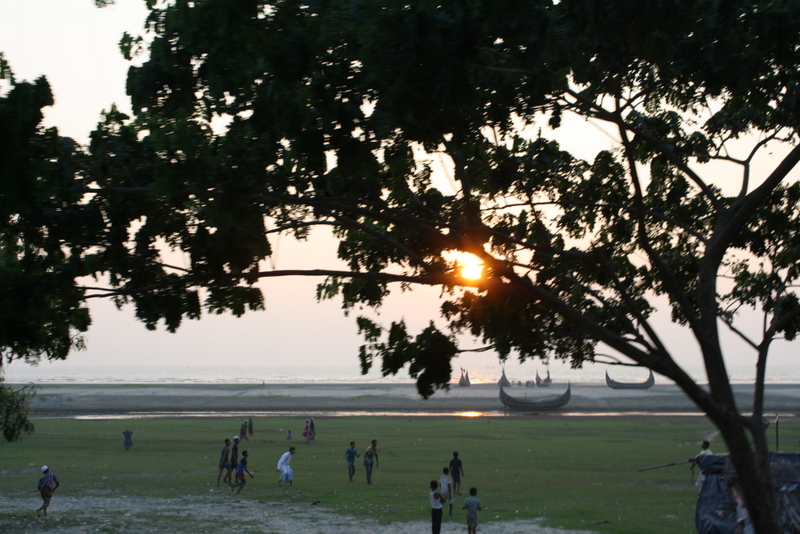 In the photo to left, locals are playing a game of cricket with fishing boats on the beach in the background (more photos in the Gallery).

Holly and I arrived in country Monday and have had a busy week traveling around meeting with all the national designers for the MCH project.  We arrived at our new home in Malumghat late last night and quickly tried to settle in and recoup today (Friday is the day off in Bangladesh - day of worship).  It is great to have internet access here in Malumghat, although it is quite painfully slow with our current setup.  We will work on getting some photos uploaded of our new home soon. Istanbul was an exciting city to be able to explore and relax in for a few days.  It is an incredibly historic city at the cross roads between Europe and Asia. We stayed in and spent the majority of our time in 'Old Istanbul' or Sultanahmet which is a world heritage site packed with many wonderful sites such as Aya Sofya, Blue Mosque, Topkapi Palace, Grand Bazaar, Spice market, etc... A few photos have been uploaded to our  Photo Gallery.

Jon and I are en route to Bangladesh where we will be project mangers for a hospital construction project in Malumghat for approximately 2 years.  We will give updates here periodically (hopefully frequently).  We will be stopping in Istanbul, Turkey for a few days before arriving in Dhaka, Bangladesh on Monday morning (local time).

Jon spent 1.5 weeks in Bangladesh in the summer and he added photos to the Gallery (I met him in New York City for a couple of days on his way back home).
Holly
by Jon Barrett 1 comment: