Last week we traveled Malumghat - Cox's Bazaar - Dhaka - Chittagong - Malumghat.  We had meetings with a potential general contractor, the main project architect, structural engineer, electrical engineer and the engineer preparing the BOQ (bill of quantities) and the specification for tendering the hospital project.  We are continuing to progress.  It was helpful to have Dr. Kelley back to translate when needed! 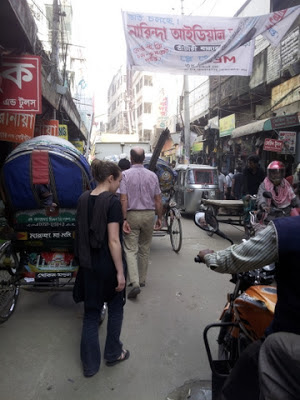 While in Dhaka, we headed to the construction material shopping area on Nawabpur Road.  We purchased a few samples and literally flew back to Chittagong with bricks in our backpacks! We also discovered and ordered a floor buffer (seems rare) for terrazzo/mosaic flooring (very common) which we plan to test on our house for potential hospital maintenance in the future. 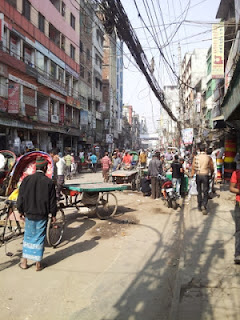 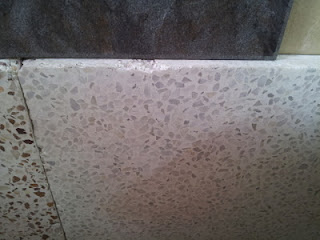 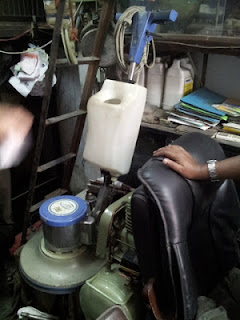 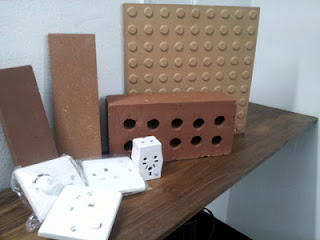 Internet access has been very poor for the past few weeks hence the lack of posts but we will try to take the opportunities we have to write updates:)

Holly has been enjoying a number of special treats over the past two weeks. With a Gluten Free diet it is not quite like home where you just go to the GF isle to find what you want or order off the GF menu at a restaurant.  Holly's sister sent a package with all kinds of dark chocolate GF cookies and all  kinds of other GF treats over the Holidays.  Then a short termer surprised us with some GF grains and cereal when they arrived. Followed by Dr. Kelley arriving back to the field with a large dark chocolate bar and a number of herb seeds that we are looking forward to planting.  It is difficult to find much variety in grains here, our choice is either white rice, white rice or wheat. People love their Bhat (white rice) in large quantities! We will share more about the local food in a future post. Time to go have a piece of dark chocolate.... 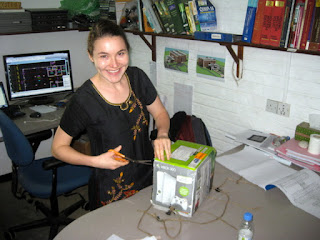 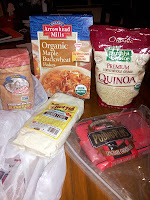 In learning any new language there are many time of excitement when things start coming together, times when you wonder why bother as you try to enunciate something incorrectly for the umpteenth straight time and times when you simply embarrass yourself unknowingly (until someone later tells you what you said).  Thankfully language for us has been a positive experience.  Although it is a very different language in written form, the very basic spoken language has some very well defined rules that are quite consistent (for present/present perfect/future/future perfect etc). Although every number from 1 to 100 is a different word!
A few small blunders: We were in the market that other day looking for sticky rice. I kept asking for "Sticky Rice" as most sellers have a number of types.  All I got in return was puzzled looks. In my next class we found out that I was asking for the goldsmith's rice? (beni vs beeni). It is curious that there are most likely a huge number of high quality socks being make in country for export, but locally they are difficult to find.  I was asking people "where can I find good socks"? to which I just received smirks. Found out that the word for "Sock" and "Good Times" are the similar. Maybe I should be thankful they just smirked and did not direct me anywhere. I can only imagine what some of these people are thinking as I spit out sentences that are pronounced, structured and tensed incorrectly.

Next time we really embarrass ourselves we will have to let you know.