We were able to pack quite a few final adventures into my parents last couple days in country. We were able to drive down to Teknaf to visit a building that a partner in the construction company building the new hospital had recently completed. The shoreline road from teknaf to cox's bazar is very beautiful. While we were in Chittagong I was able to get dad out golfing at one of the maybe 3 or 4 golf clubs in this country of 160 million people (and it only had 3 other golfers on it that morning). We then took the train from Chittagong back to Dhaka before they returned home. 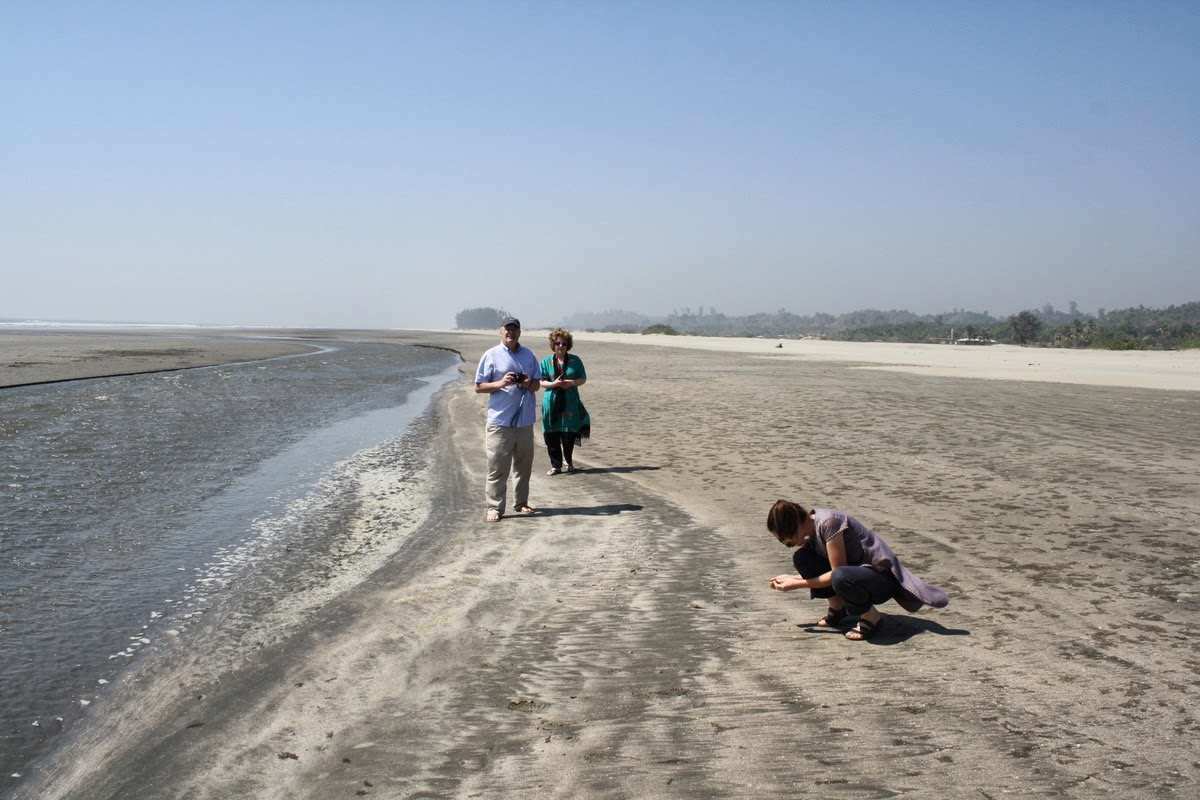 Bob and Elsie putting their feet in the Indian Ocean, while Holly looks at seashells 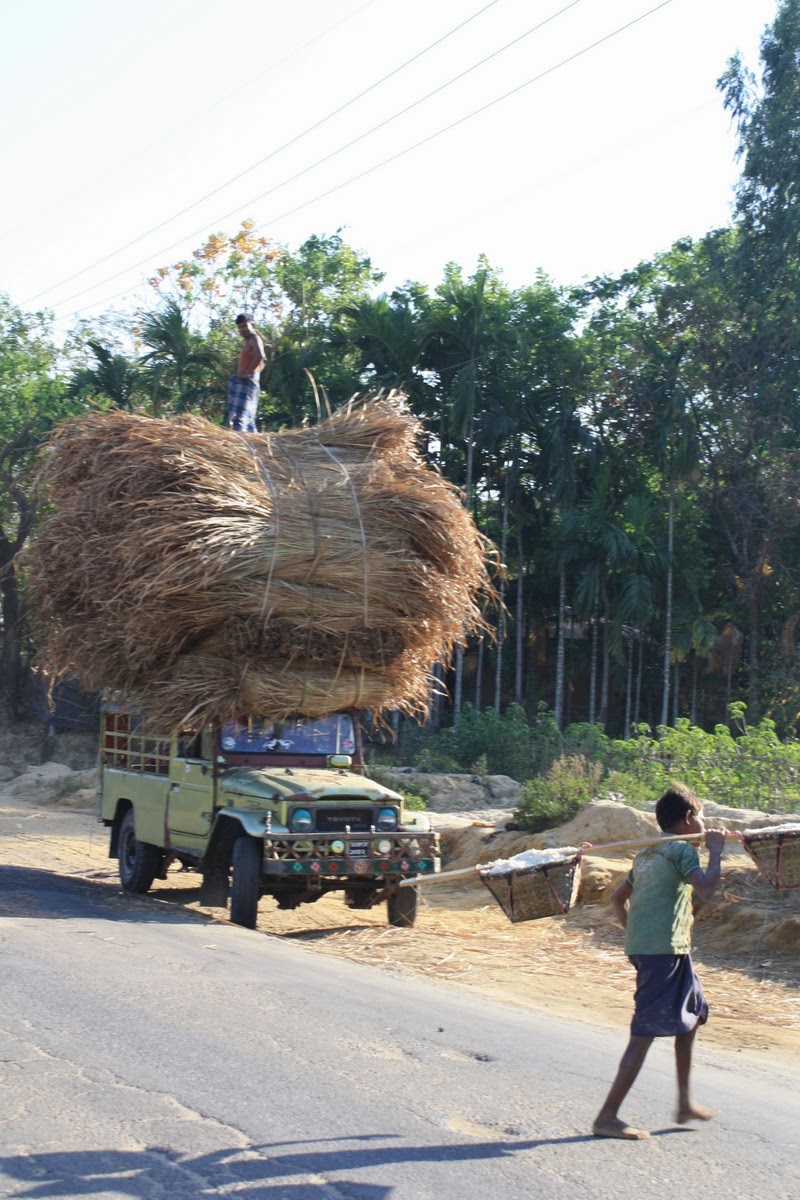 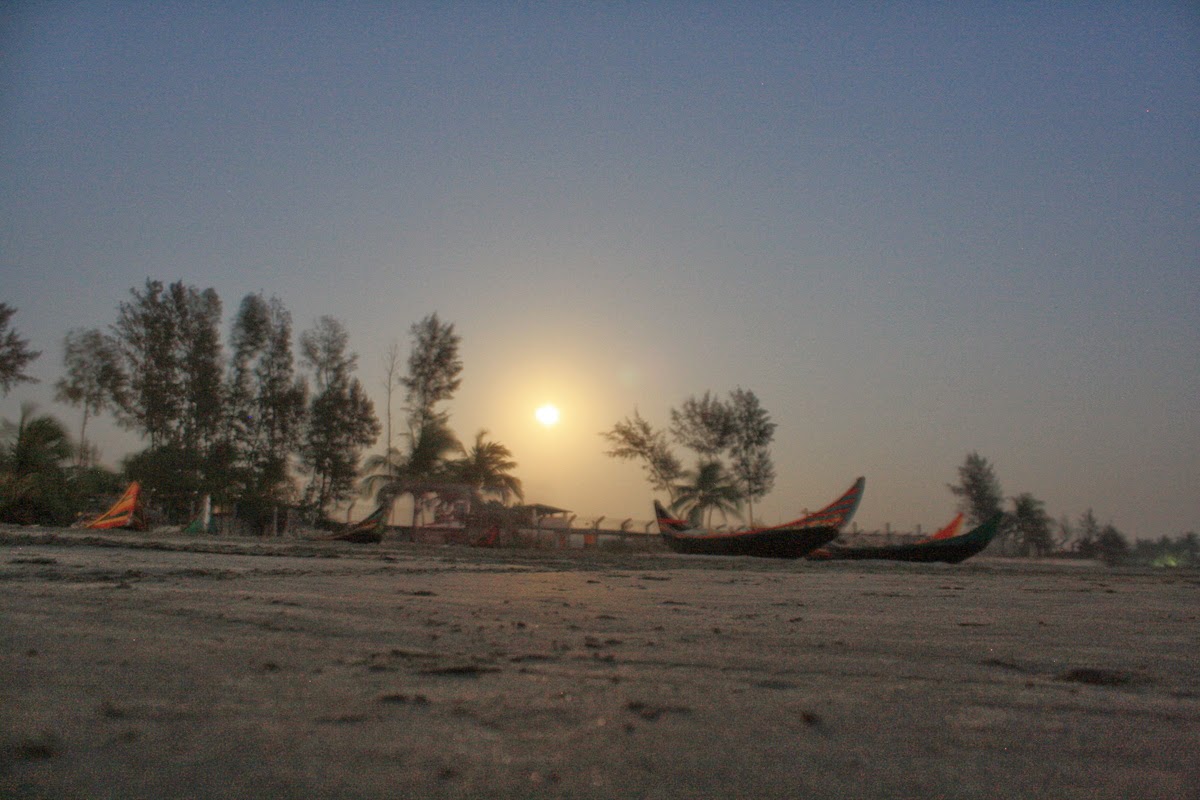 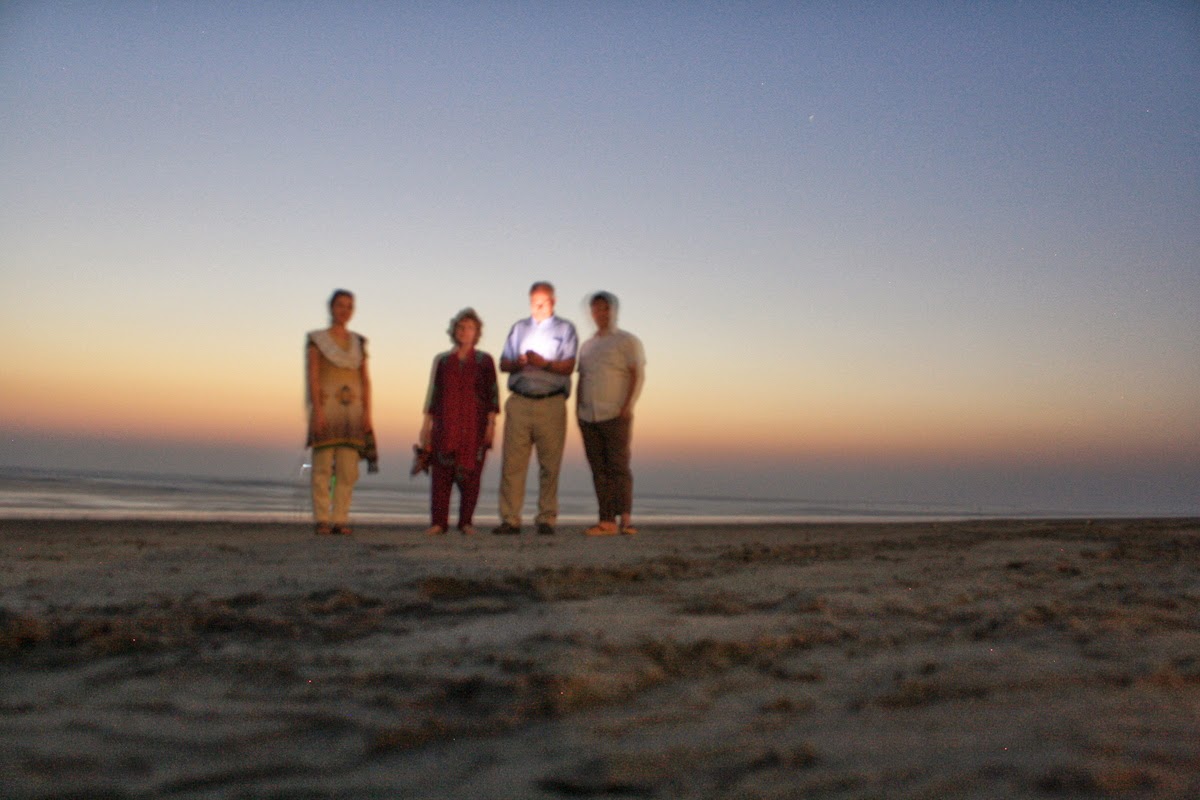 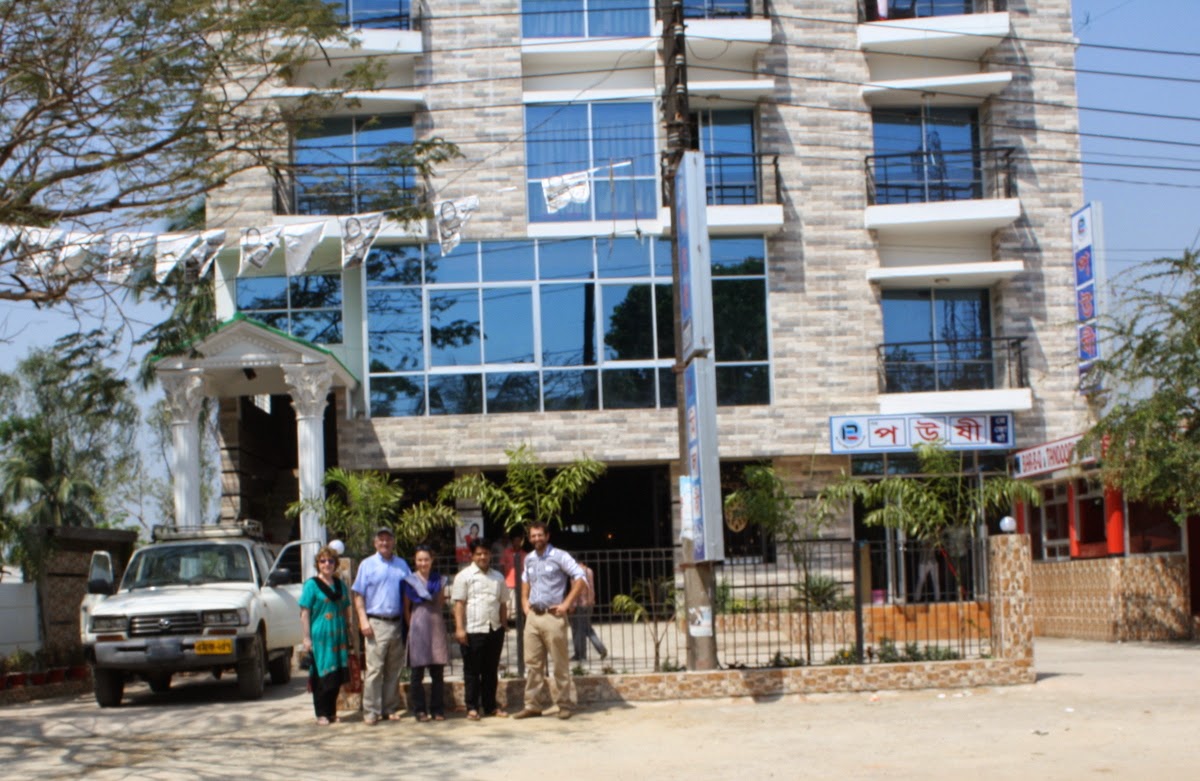 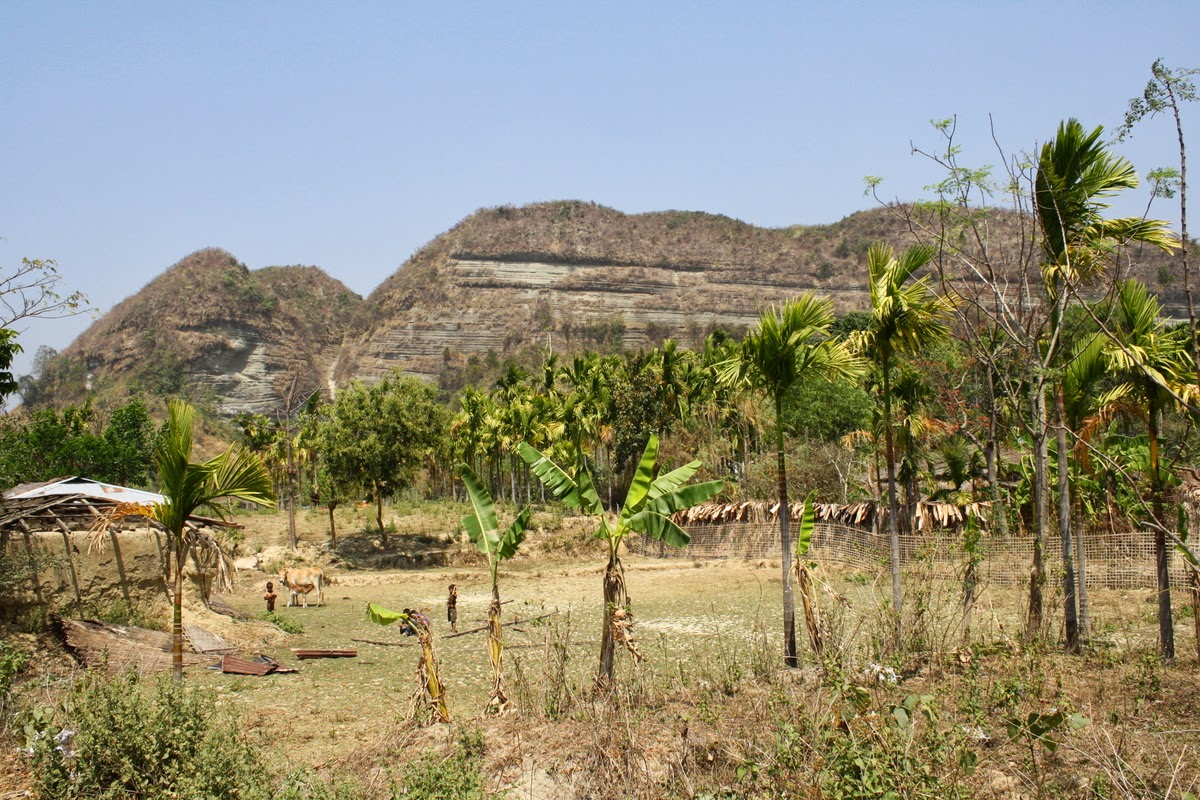 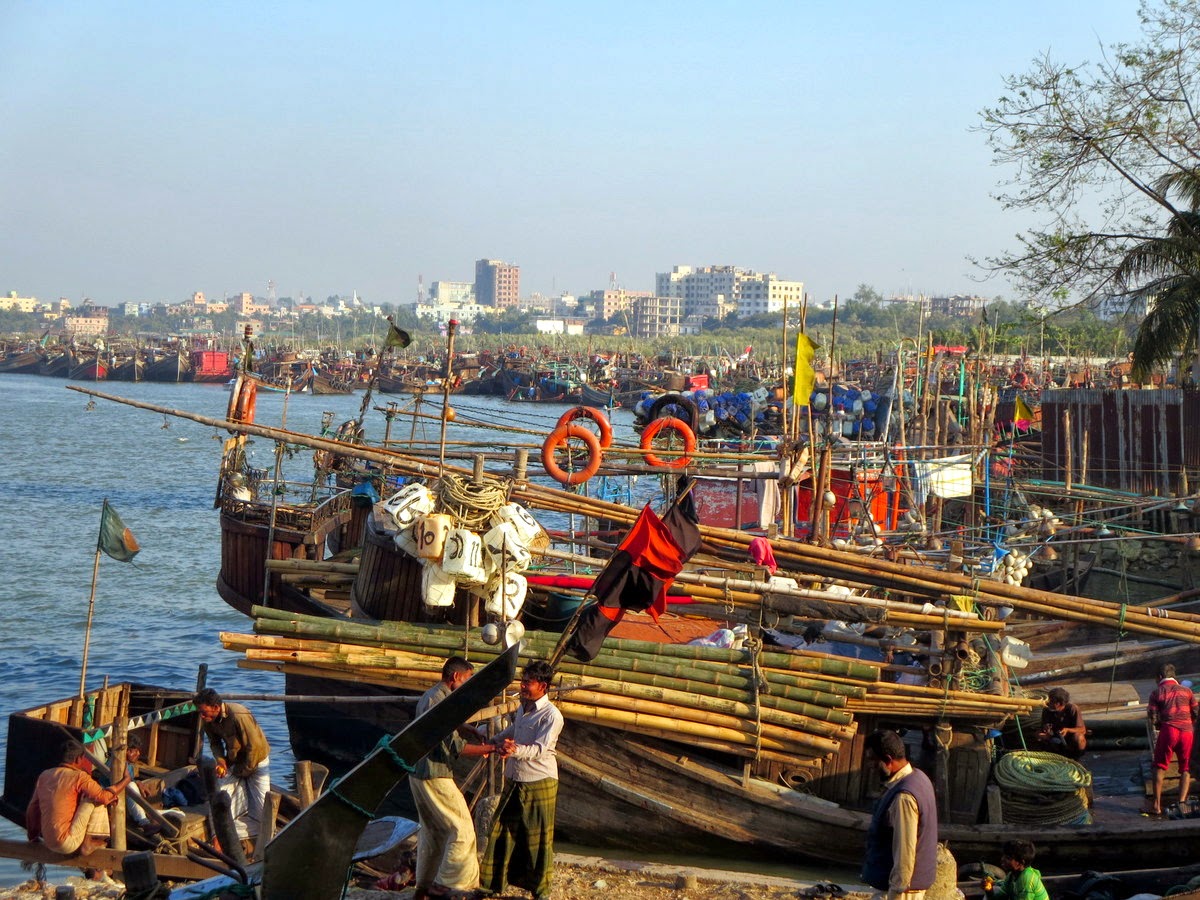 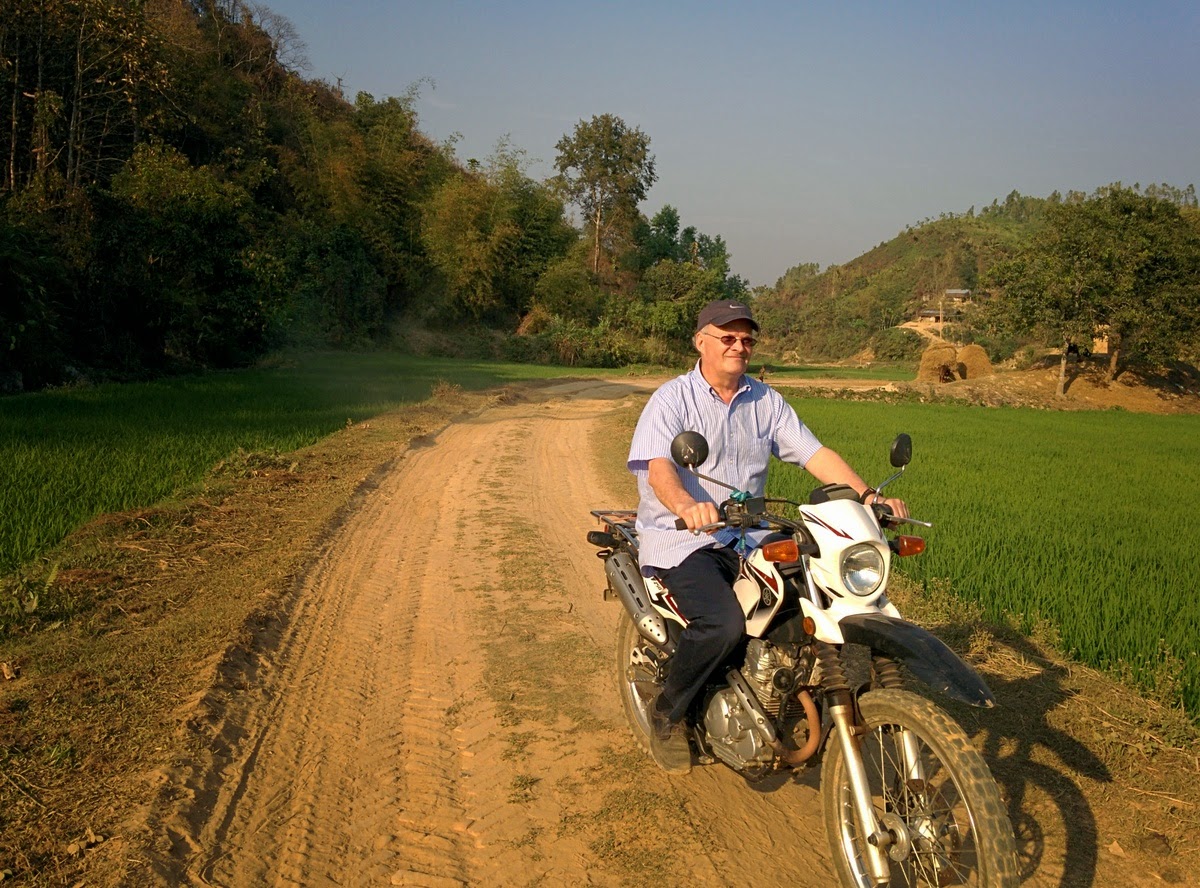 Bob motorbiking in the hills 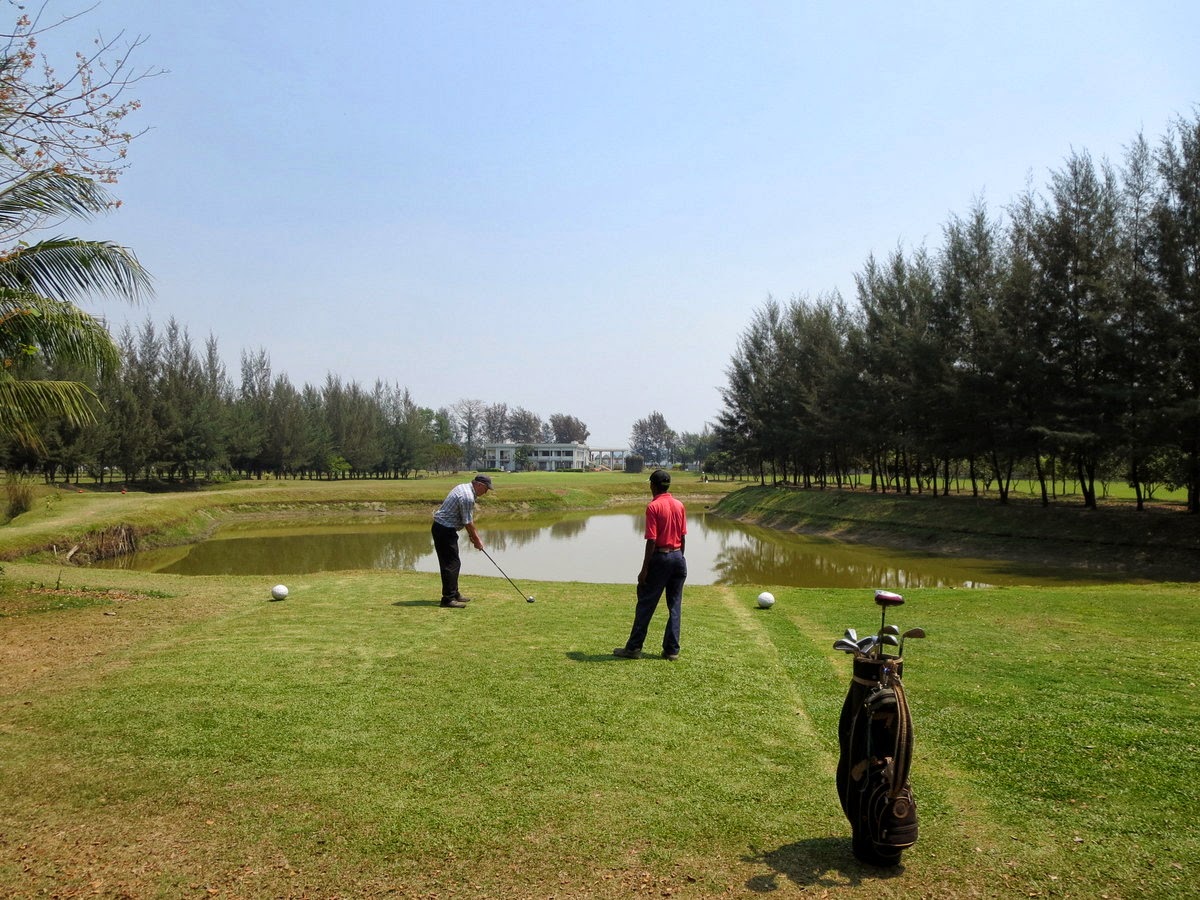 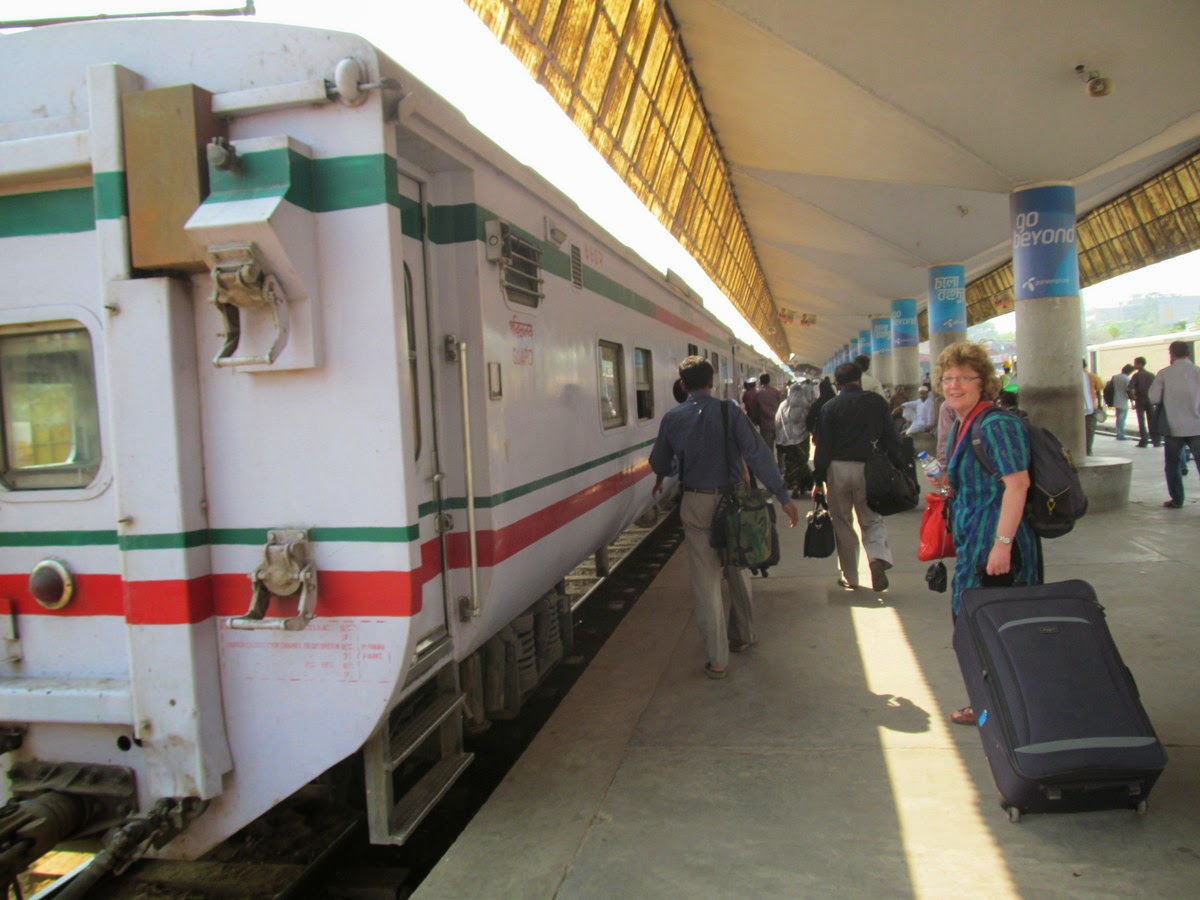 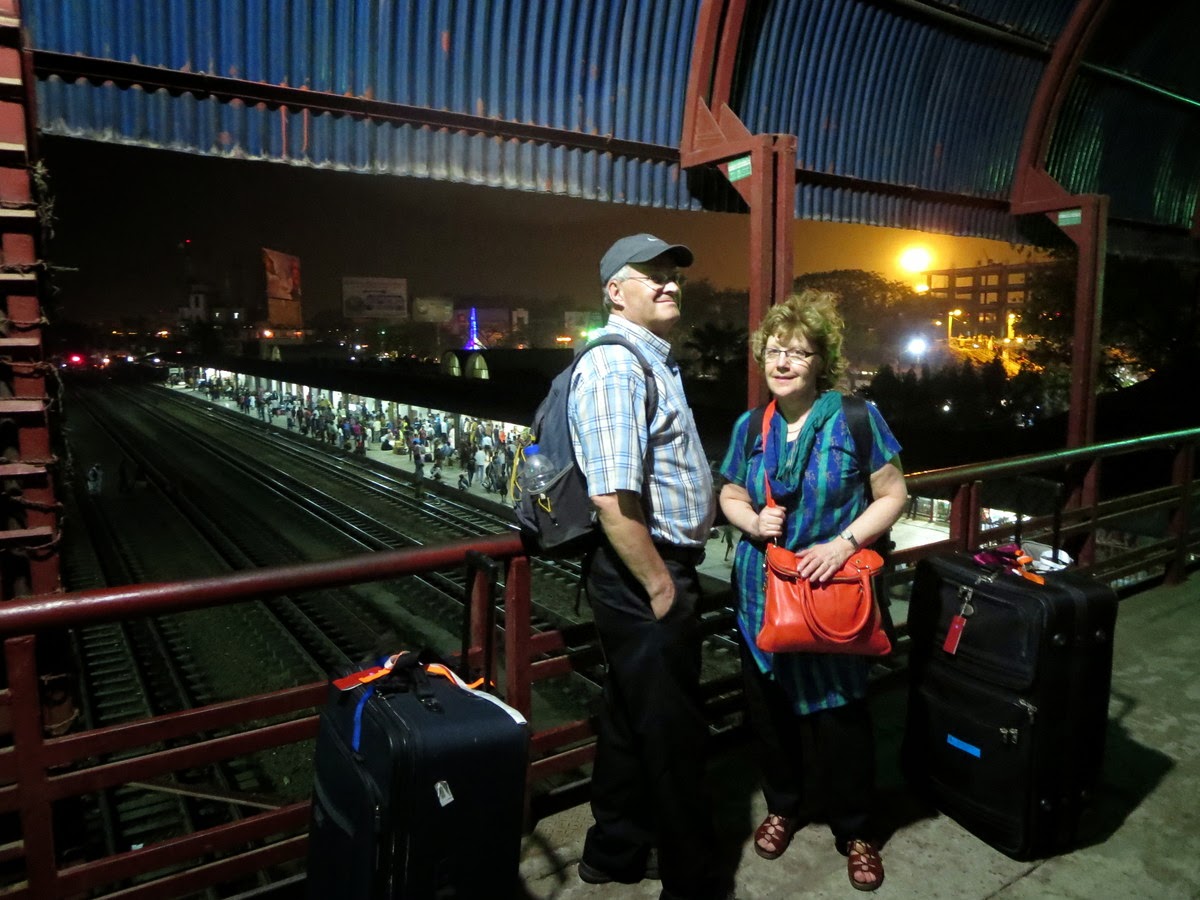 Getting off the train in Dhaka

Some new photos have been uploaded to the photo gallery
Jon
by Jon Barrett No comments:

This past week we were able to go for a drive in the hills to a kids hostel in Hebron (close to Lama) to review some much needed repairs before the rainy season. The tin on the girls dining hall and kitchen has rusted through, a new 50'x4" grey water line to carry food waste to an already dug pit is needed as well as an extension to a brick wall between the boy's dormitories. A number of fairly basic but much needed repairs. My parents were able to bring out some money that was raised before their trip to help with the repairs of these facilities. As this hostel is only about an hour and a half drive into the hills from our home so we will be able to go back out to see the repairs as they take place. 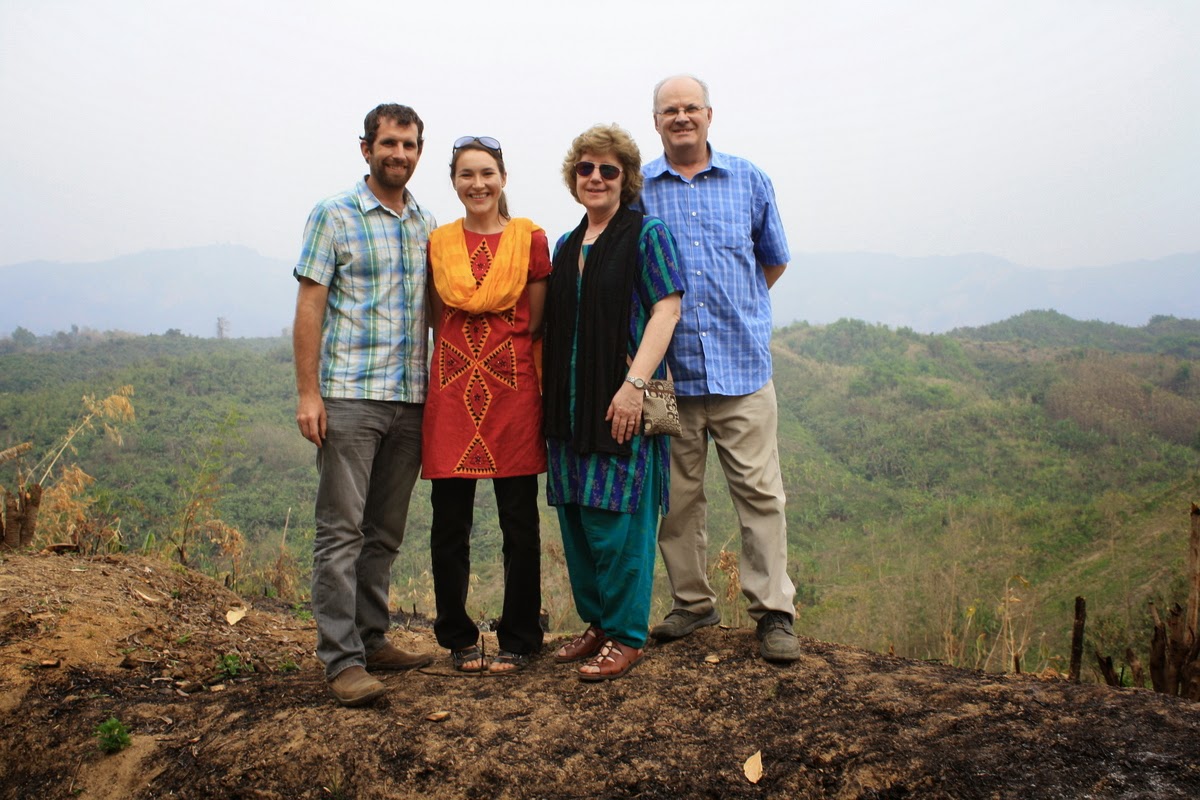 Out in the Chittagong Hill Tracks past Lama 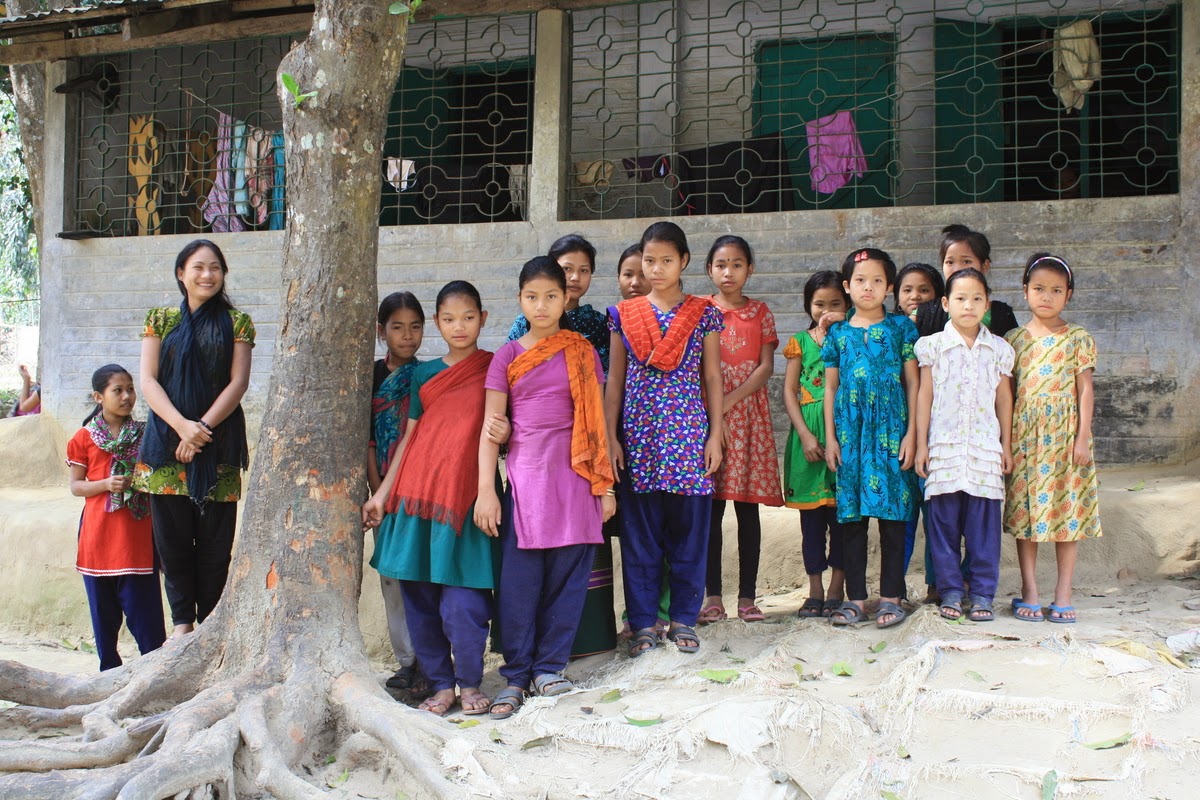 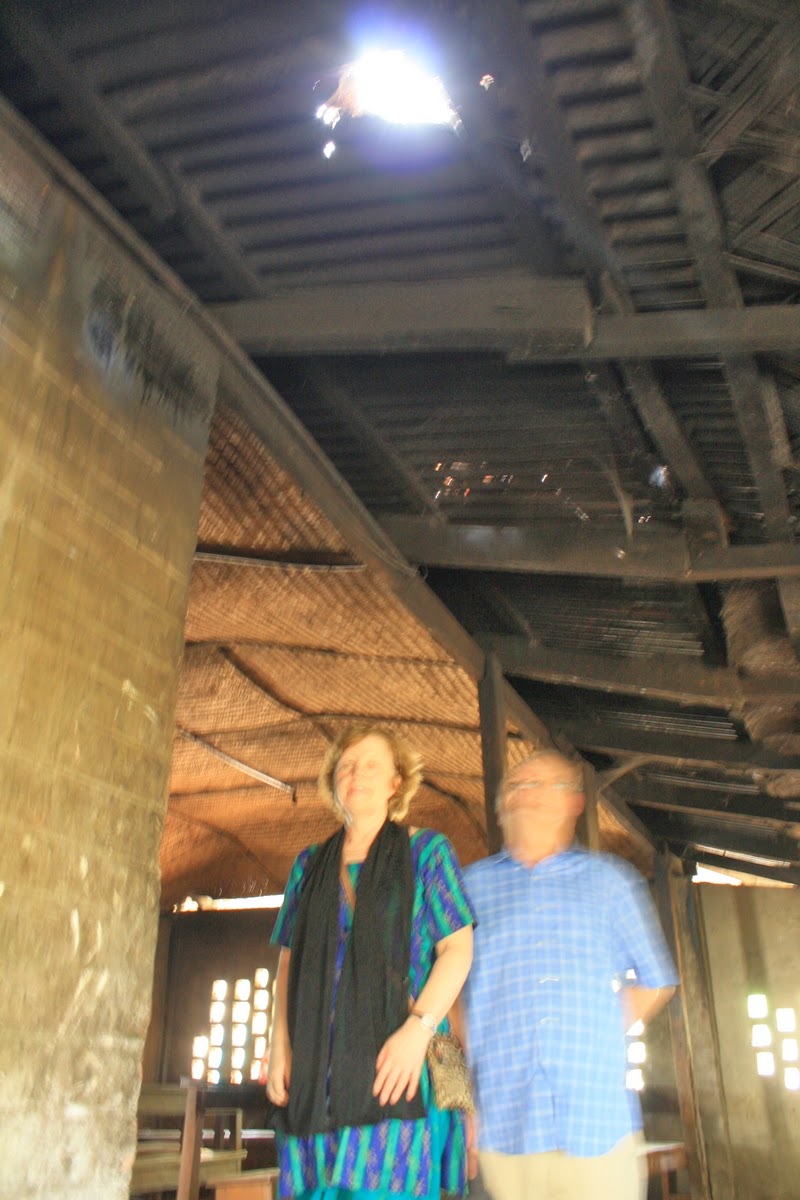 Bob & Elsie looking at the holes in the tin roof 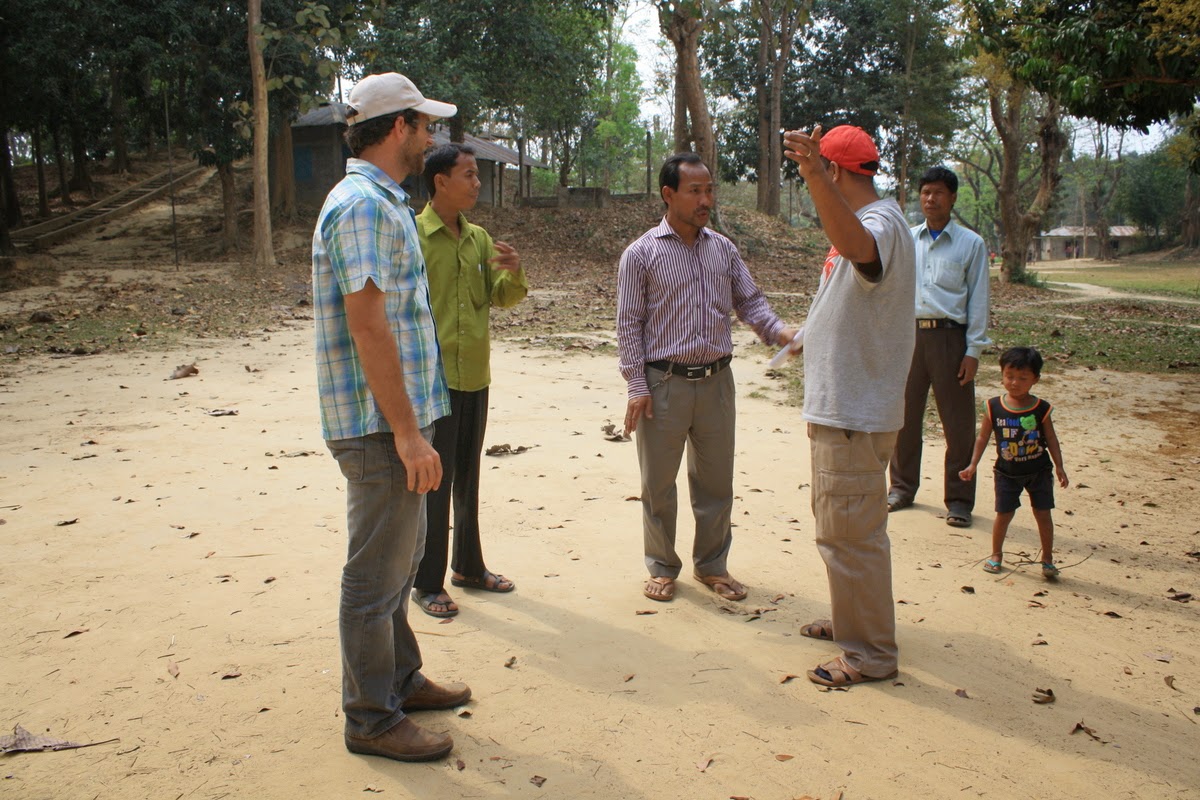 Jon talking to the property manager about the needs

﻿
Bob and Elsie (Jon's Parents) have been in Bangladesh for one week now ('tis the season of visitors!).  After quick stops in Dhaka and Cox's Bazar,  they have spent most of their time so far on the hospital compound.  Elsie has been helping some of the ex-pat home school kids and Bob has fixed our property telephone system (PBX) and helped in identifying electrical requirements for existing hospital equipment which will be moved to the new hospital.  He was particularly amazed by the Picker X-ray which had been manufactured in 1955.
Our nephew Kyler, with the help of his sister Brielle, made bracelets and raised money back in Canada to be used here in Bangladesh.  They sent us two big bags of twisting balloons and money to repair a roof on a school hostel (more in an upcoming post).  Today we visited a school in the Hindu fisherman's village near our house to make balloon animals.  The school is free to attend for families who cannot afford to send their children to a governement school (uniform, supplies, testing fees).  The kids welcomed us with two boisterous songs and then enjoyed hearing the story of Jonah and receiving their own balloons.  None had been popped by the time we left and we have lots of balloons left for future use. 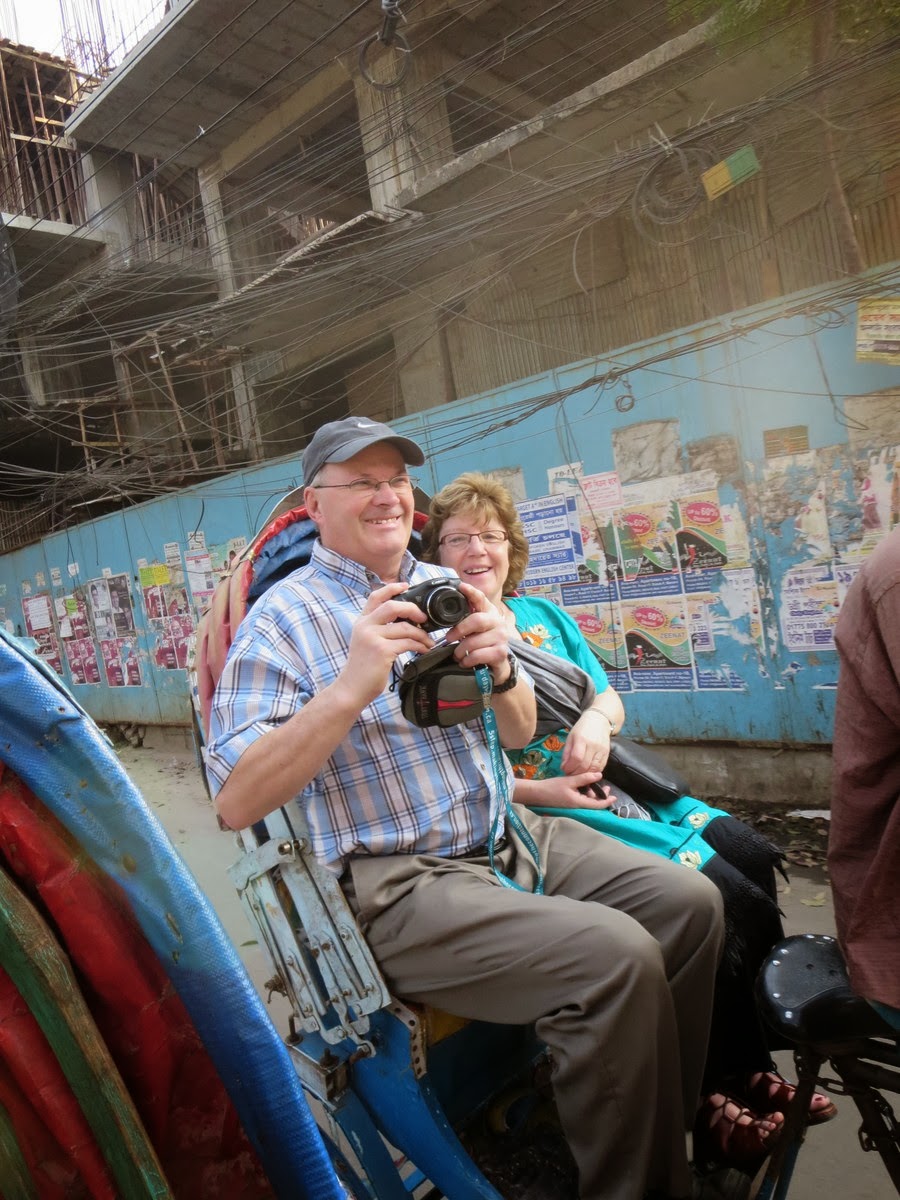 Bob and Elsie riding a rickshaw in Dhaka. 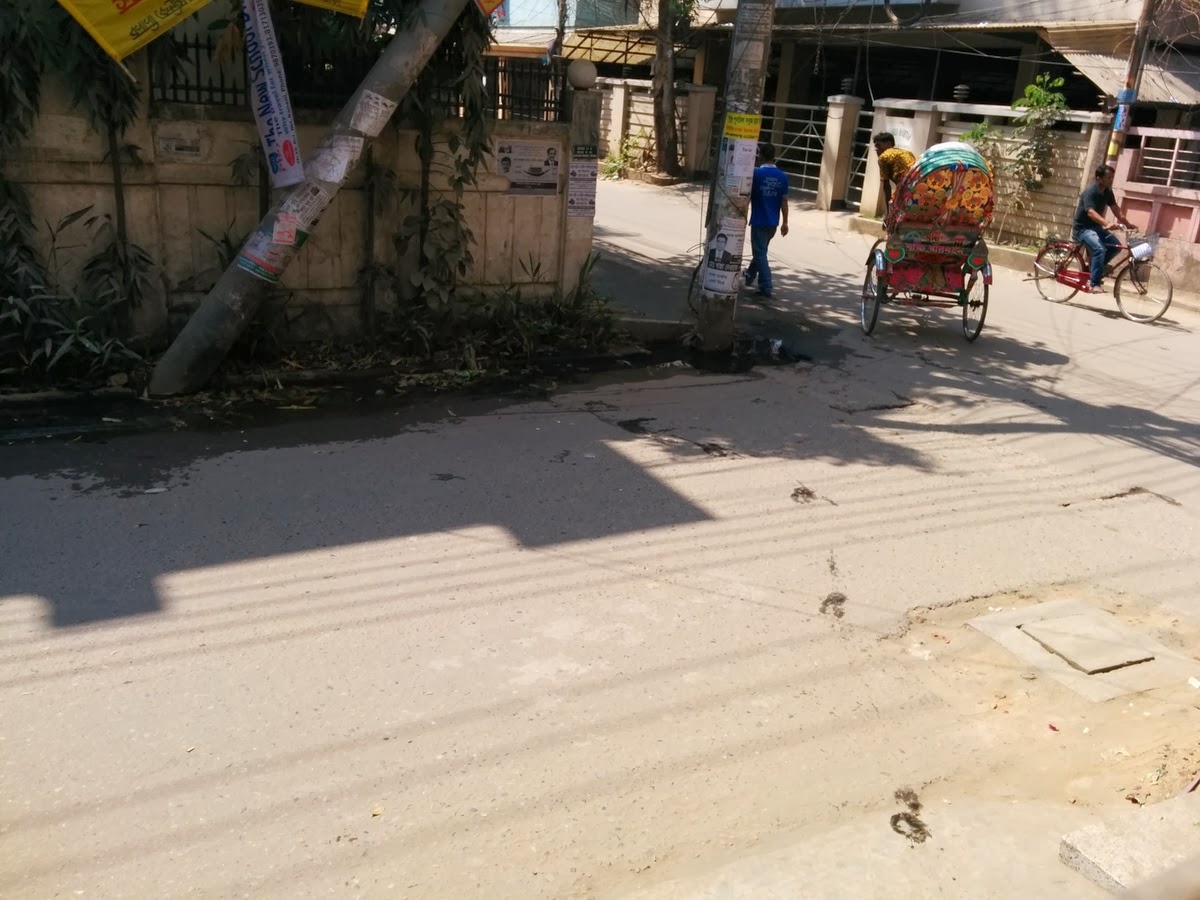 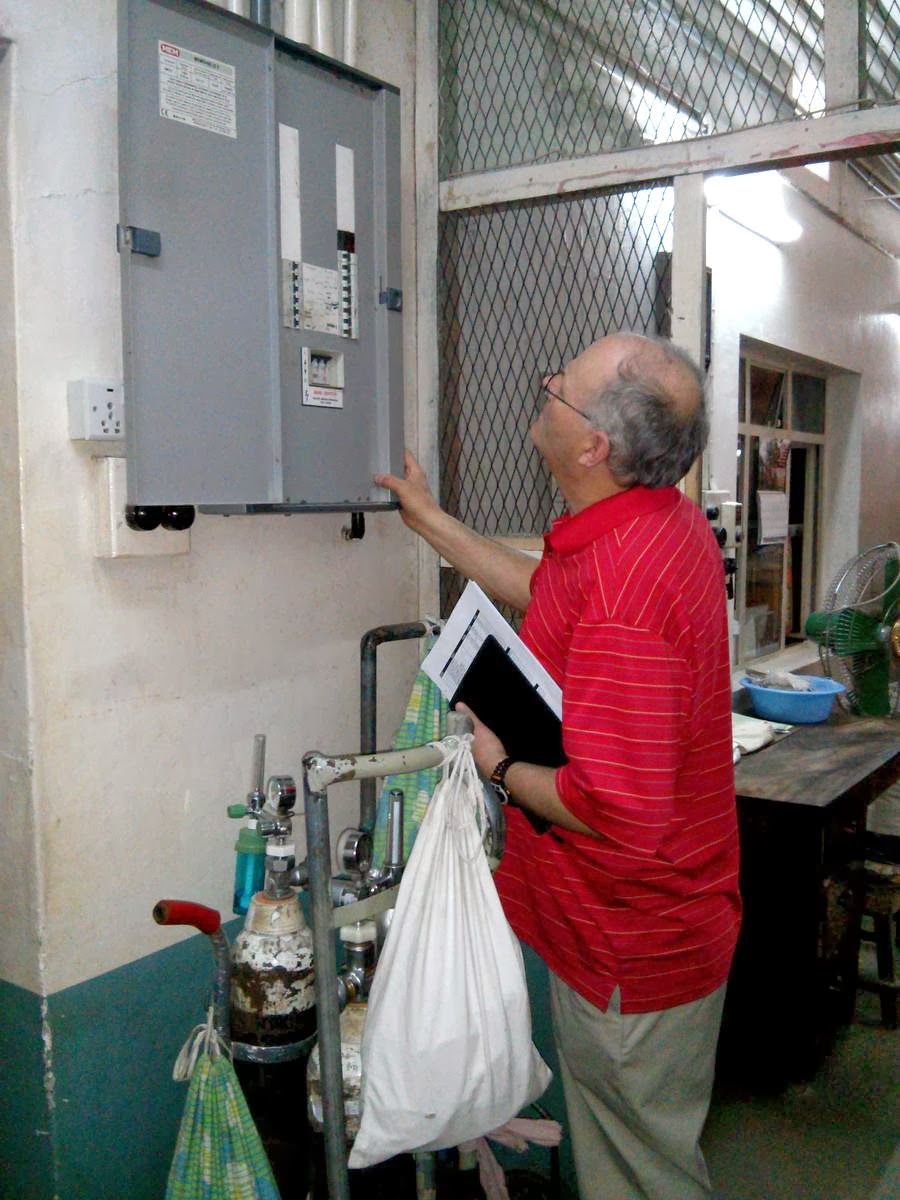 Bob reading a panel in the sterlization area. 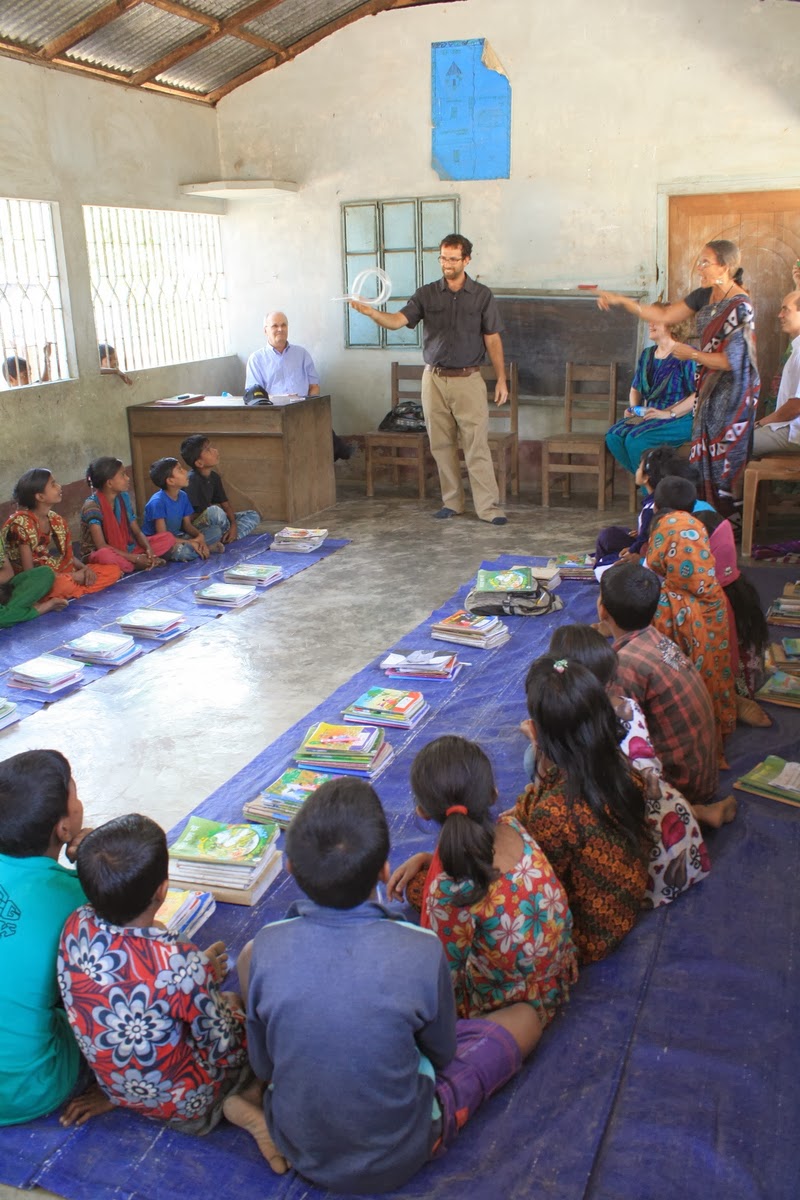 Jon telling the story of Jonah and the Whale with balloon illustration (thanks for translation Shawne!) 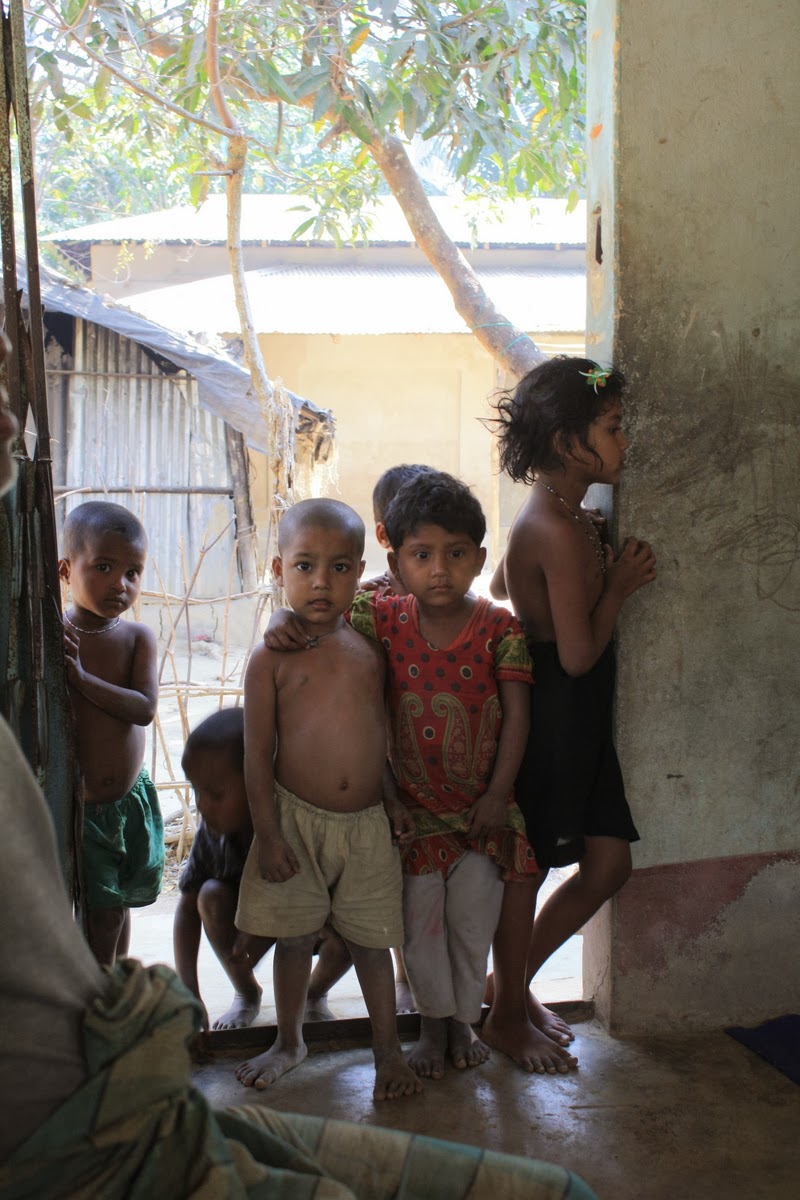 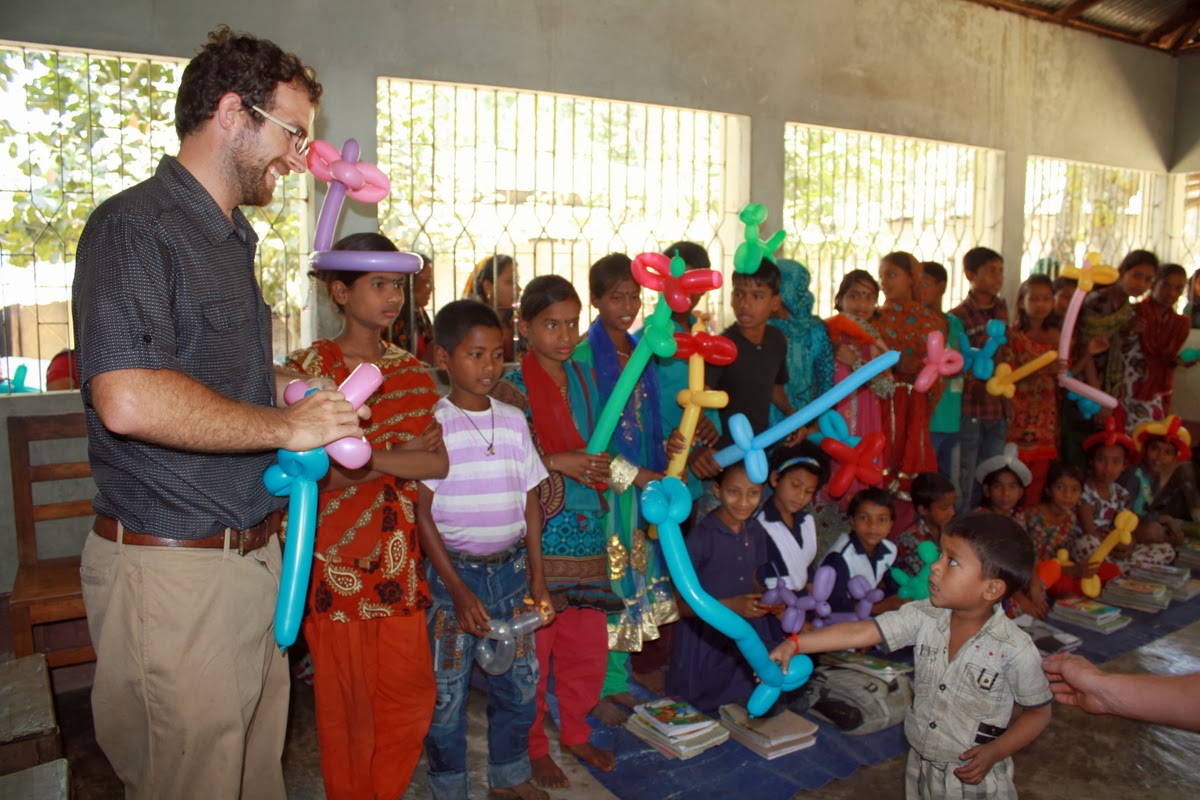 This little guy was looking for help in repairing his dog who was untwisted. 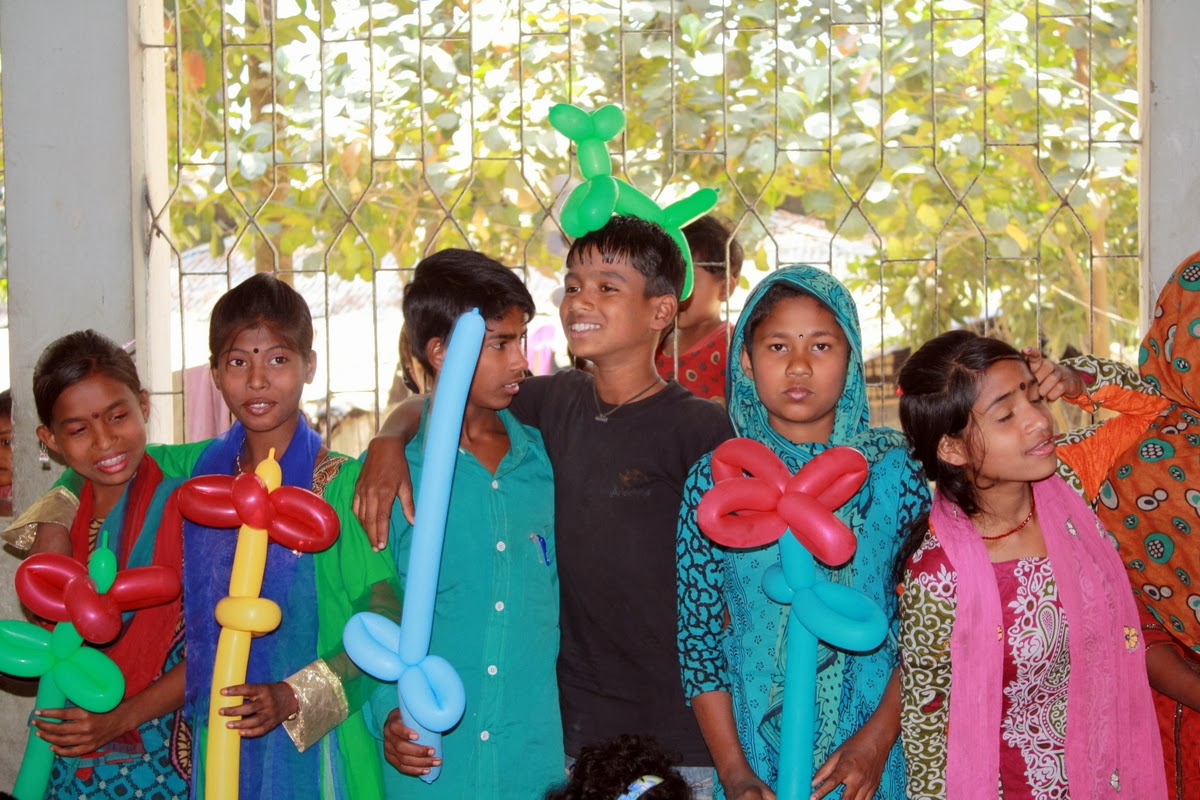 "Look at my hat!" (boy with the dog balloon) 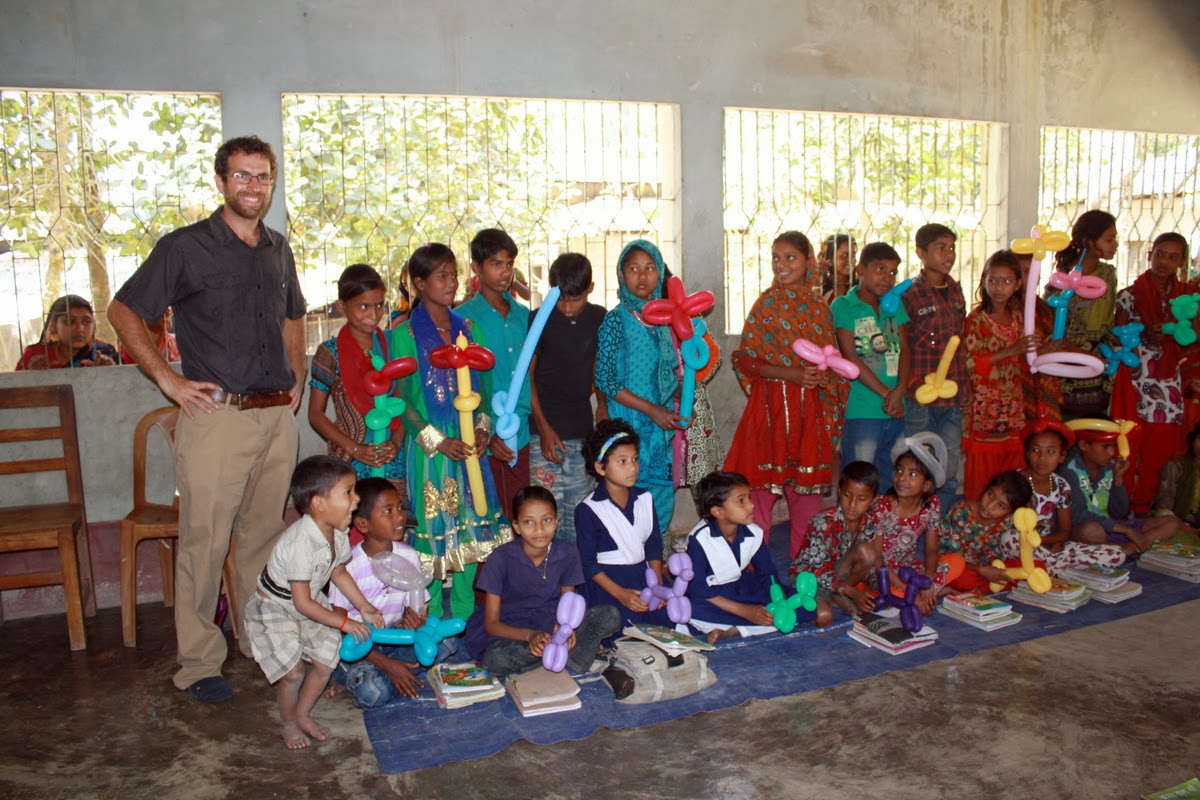 The kids posing for a photo with their balloons. 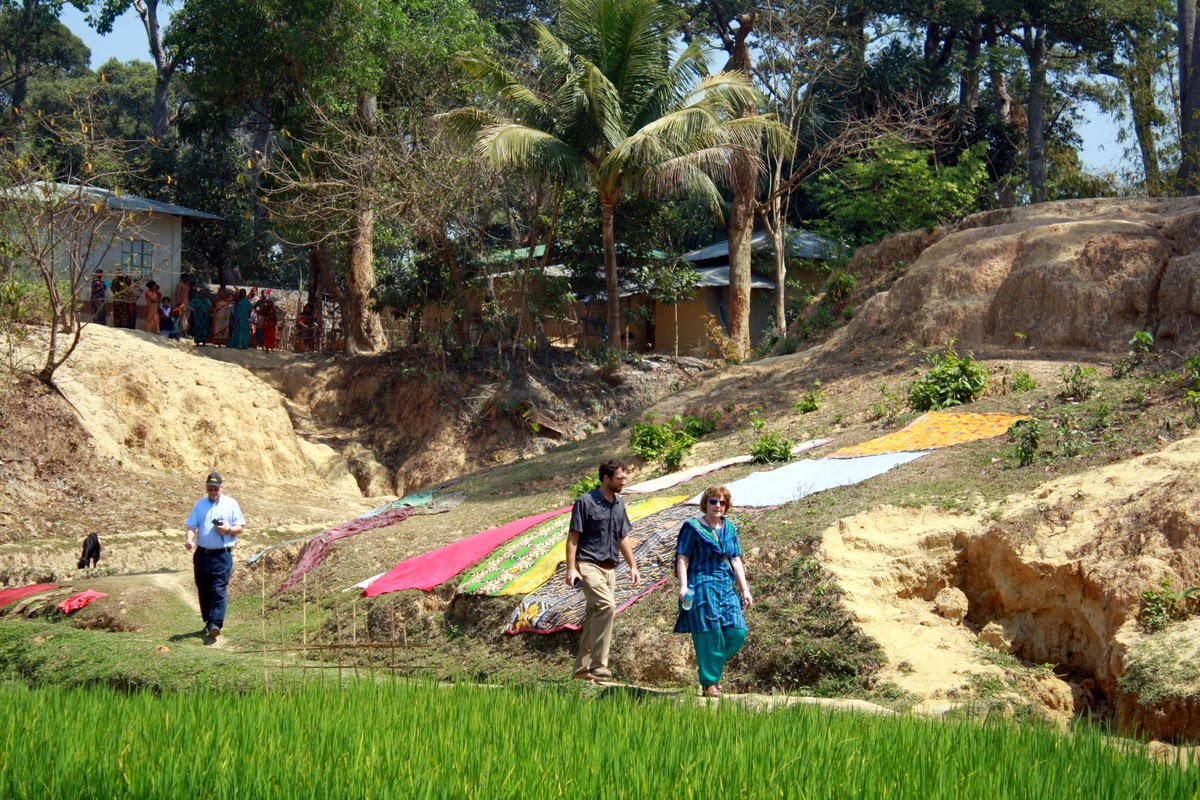 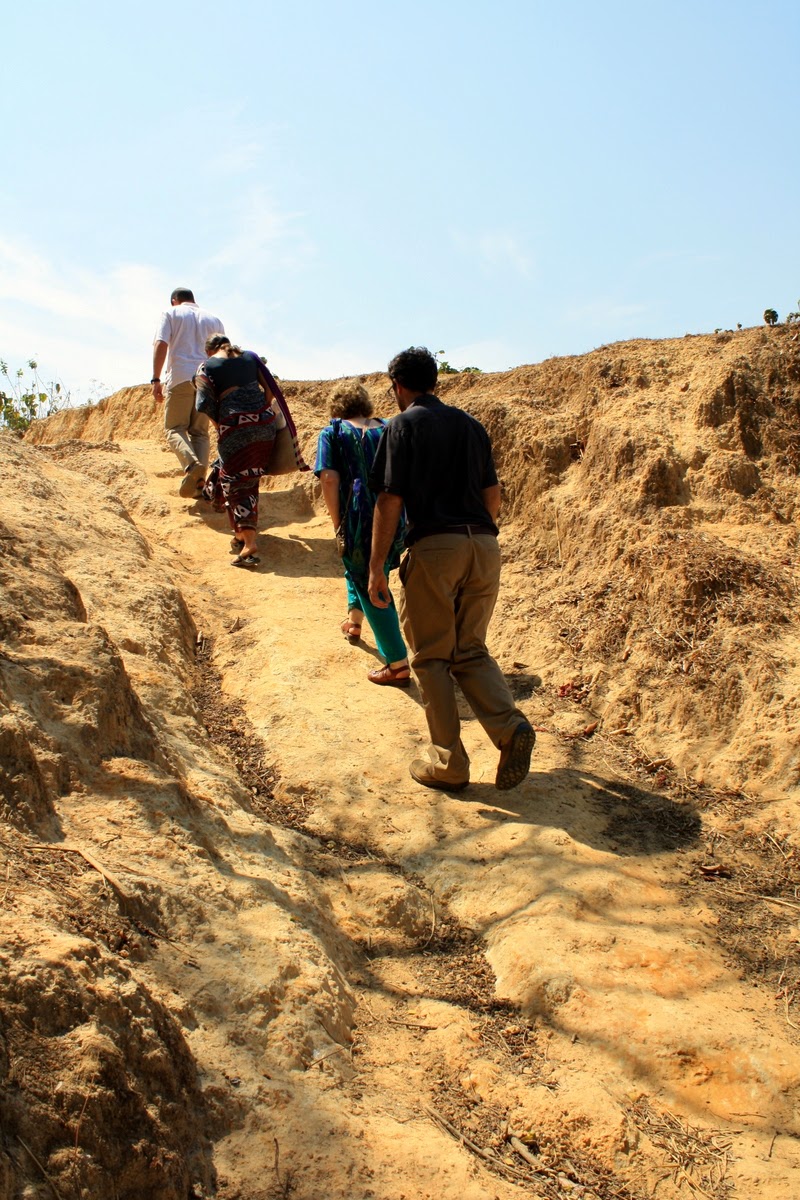 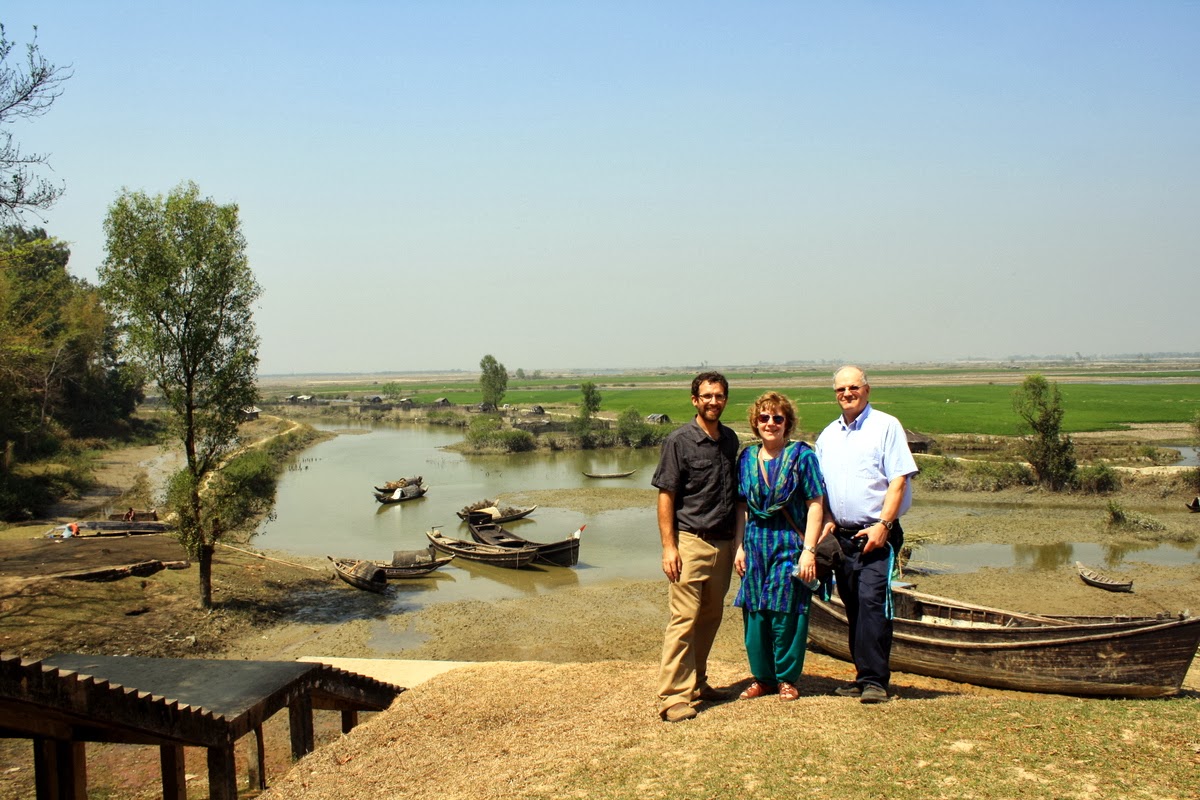 
Views: February 19, 2014 by Jonathan Barrett
Move the mouse over the window and drag to Rotate, Zoom, etc around the construction site.