It took some extra time and paper work for special permits, but the views, cooler temperatures and lessening crowds were well worth the effort to get to Sikkim.  Sikkim is a small Indian state (since 1975) with borders to Nepal, Bhutan, and Tibet (China) and is located in the east Himalaya foothills.   Kangchenjunga mountain is the third highest peak in the world (8,586 m) and can be viewed from several places throughout the state.
From Sikkim we headed towards Northeast India with a stop at Jaldapara National Park with the hopes of spotting some Indian One Horn Rhinos.  We were unlucky in our aim but saw a few deer, birds, and (trained) elephants. 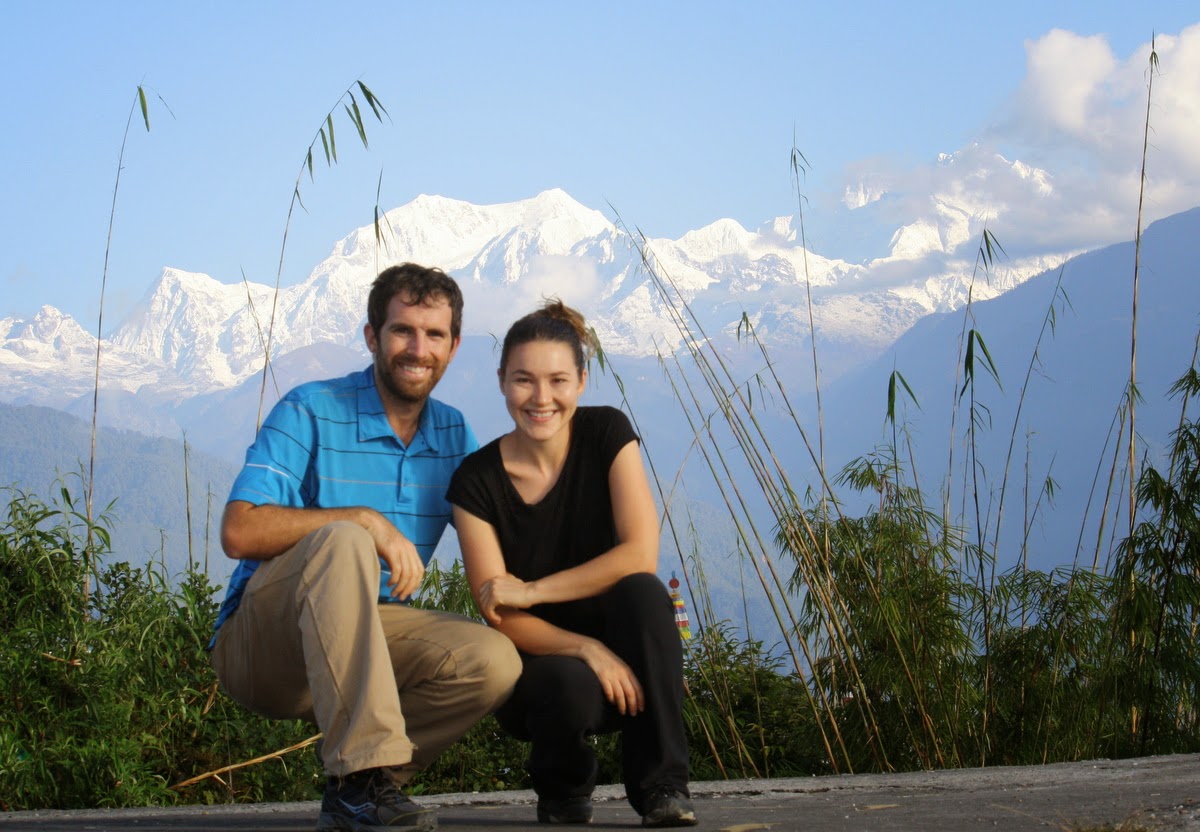 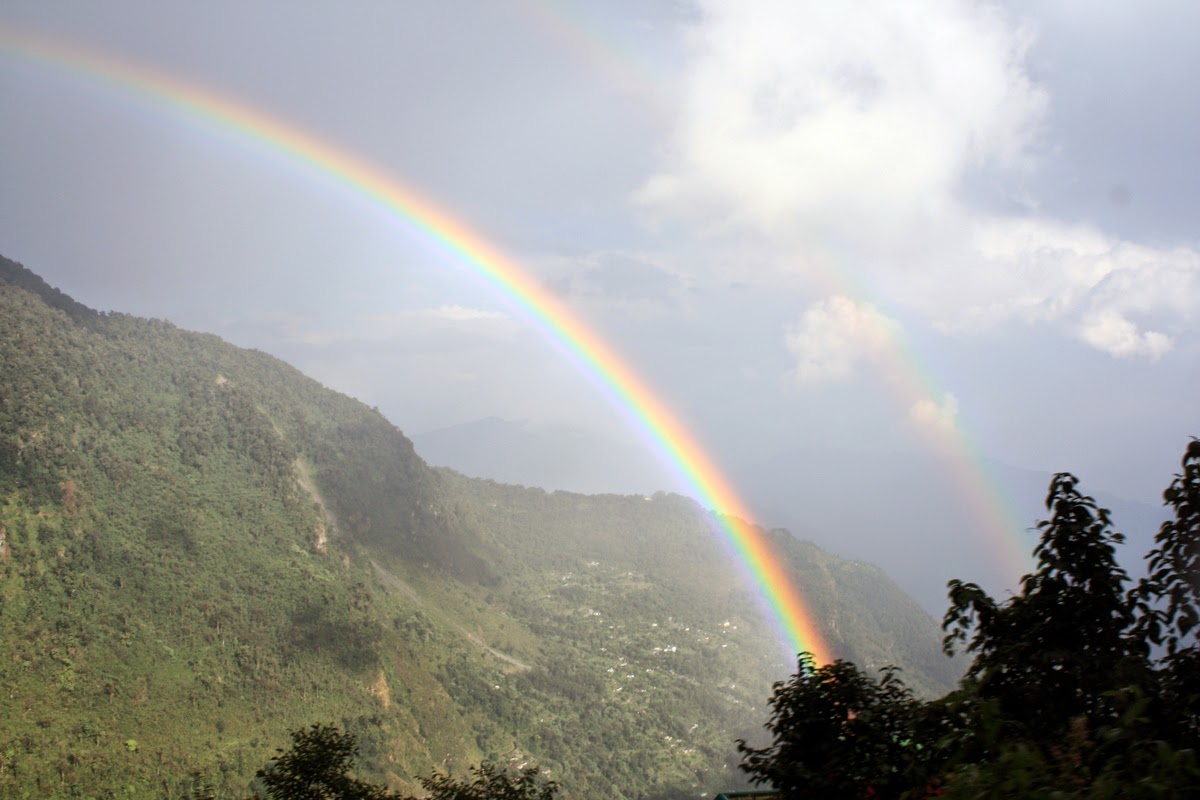 Full double rainbow on the road from Pelling to Gangtok, Sikkim 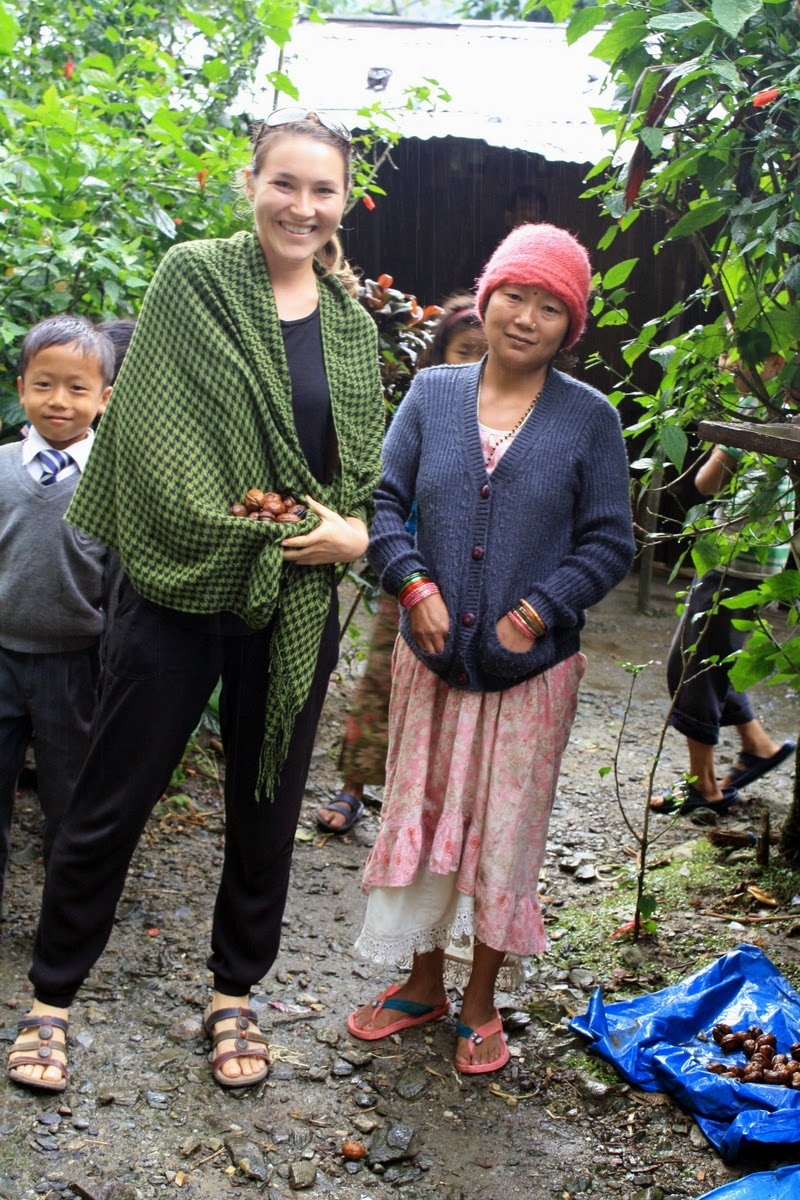 Buying walnuts from the source (on the way by Jeep to Gangtok, Sikkim) 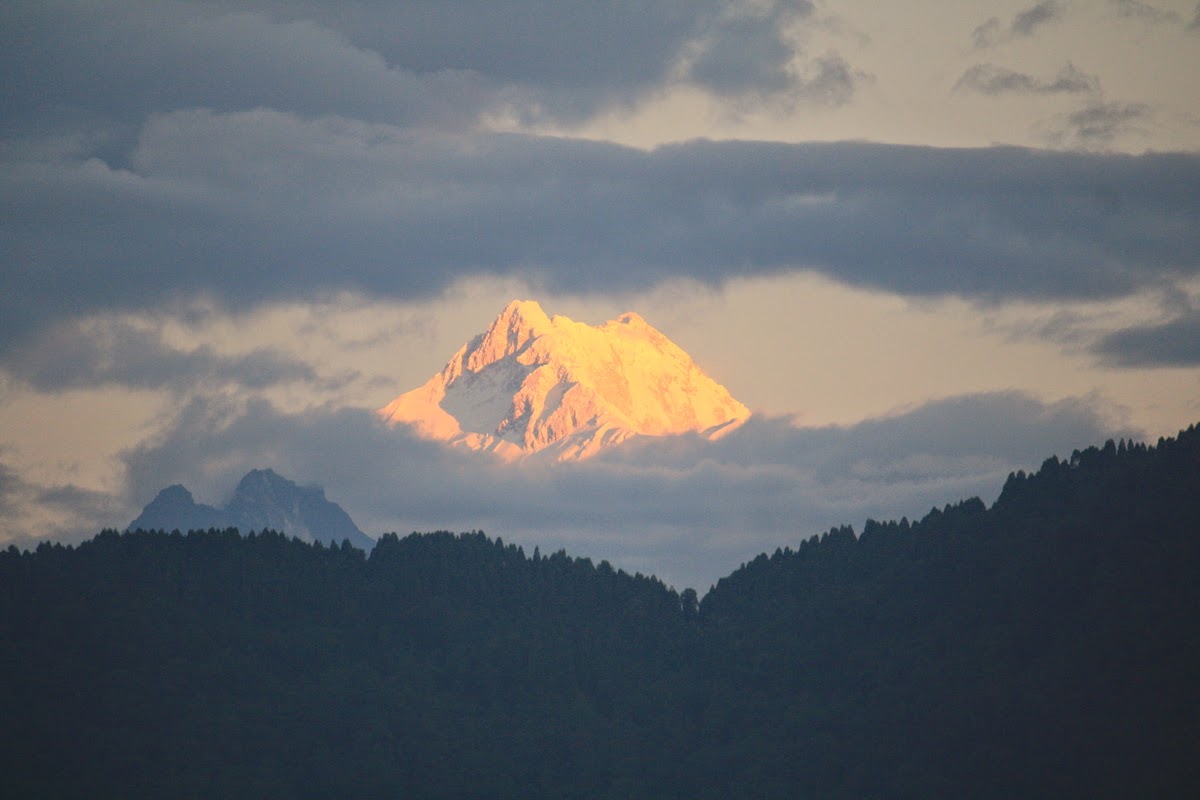 Sunrise view of Kangchenjunga from our bedroom in Gangtok, Sikkim 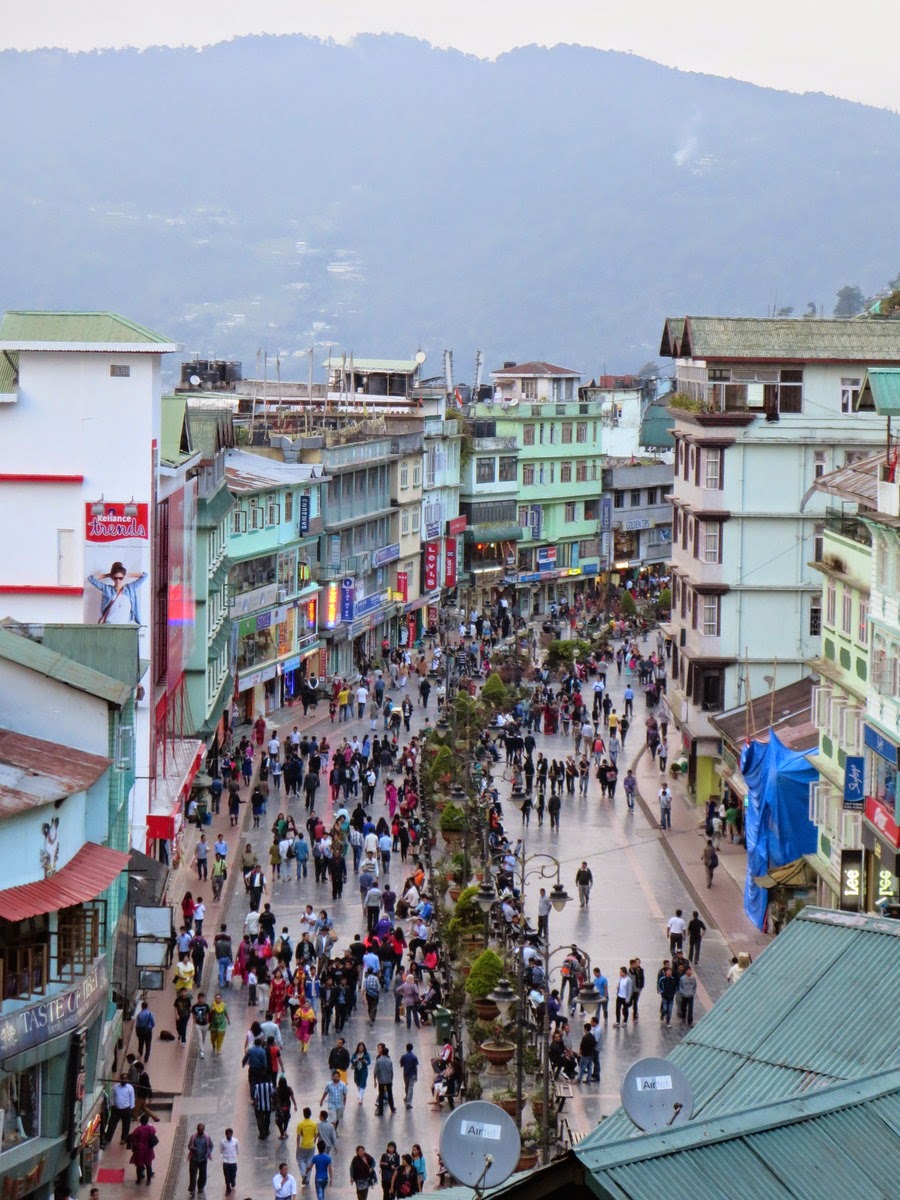 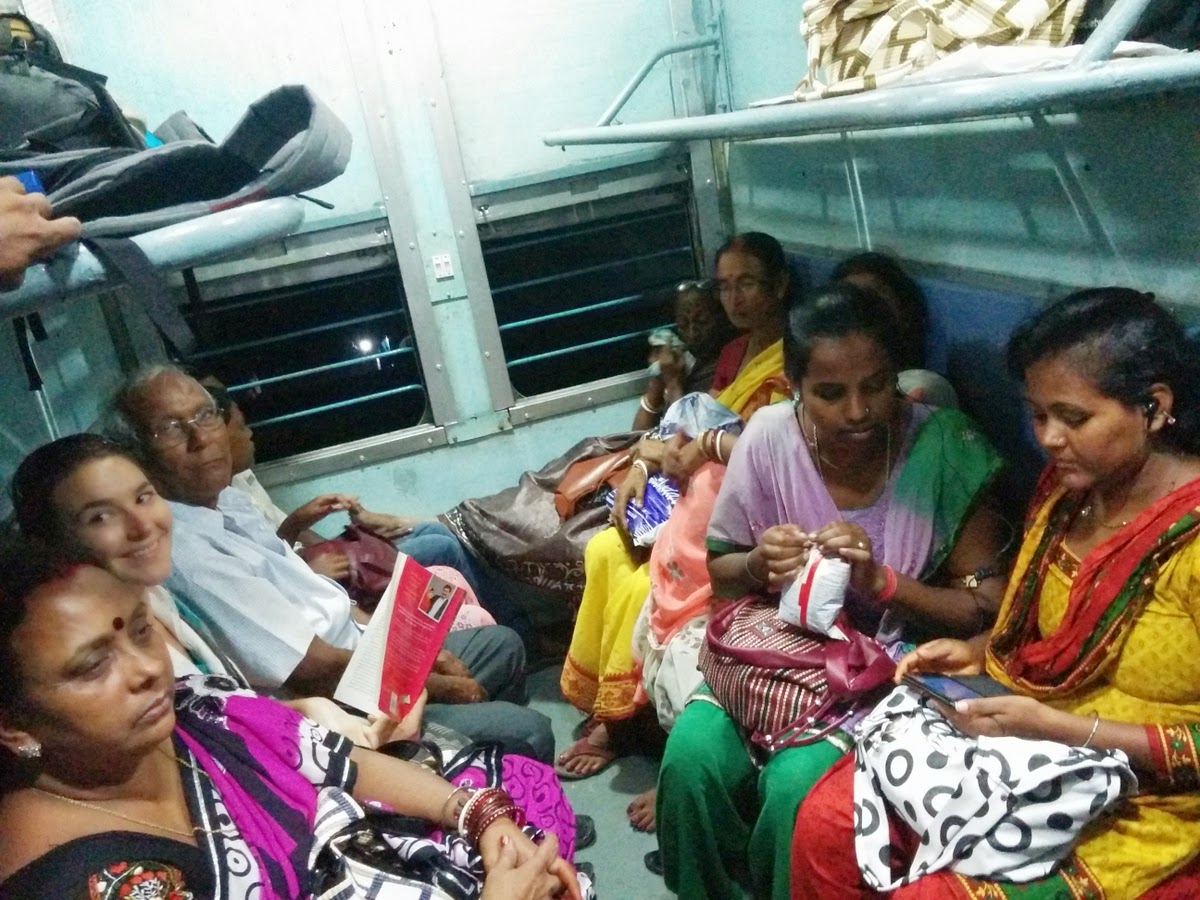 Travel in the Unreserved Trains (not bad for shorter distances) 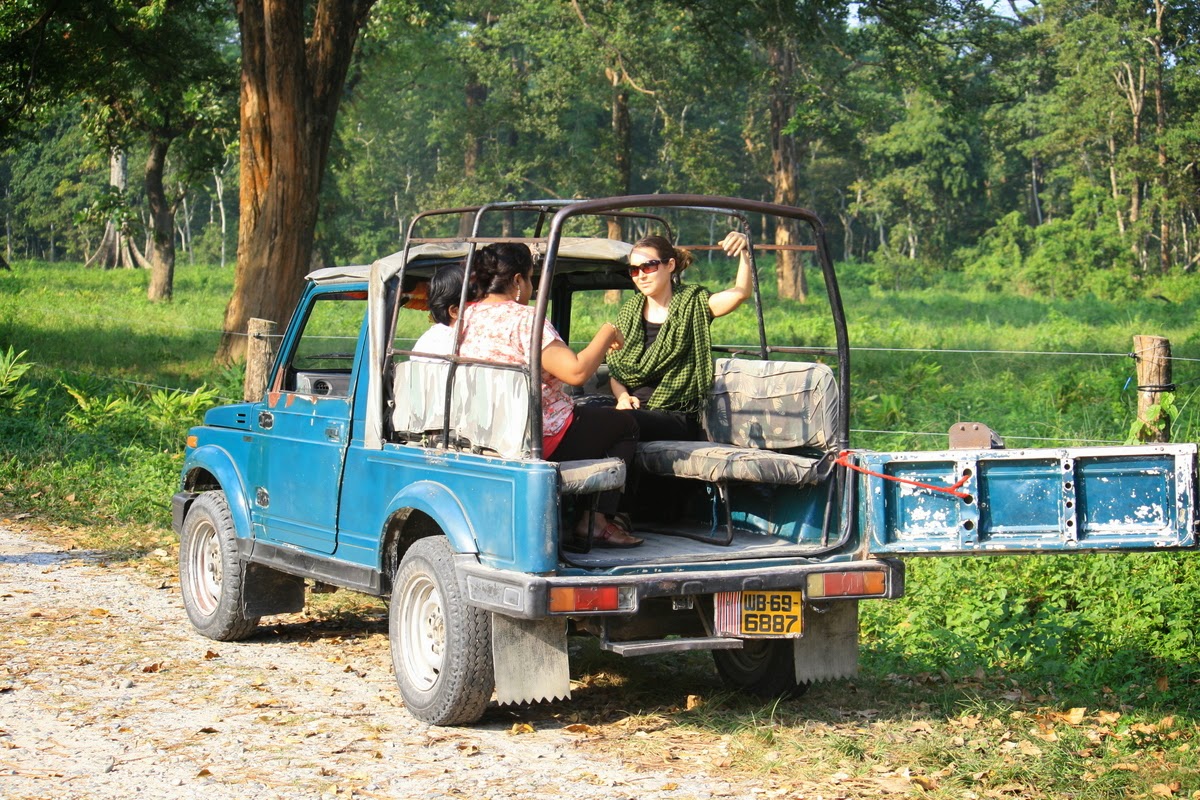 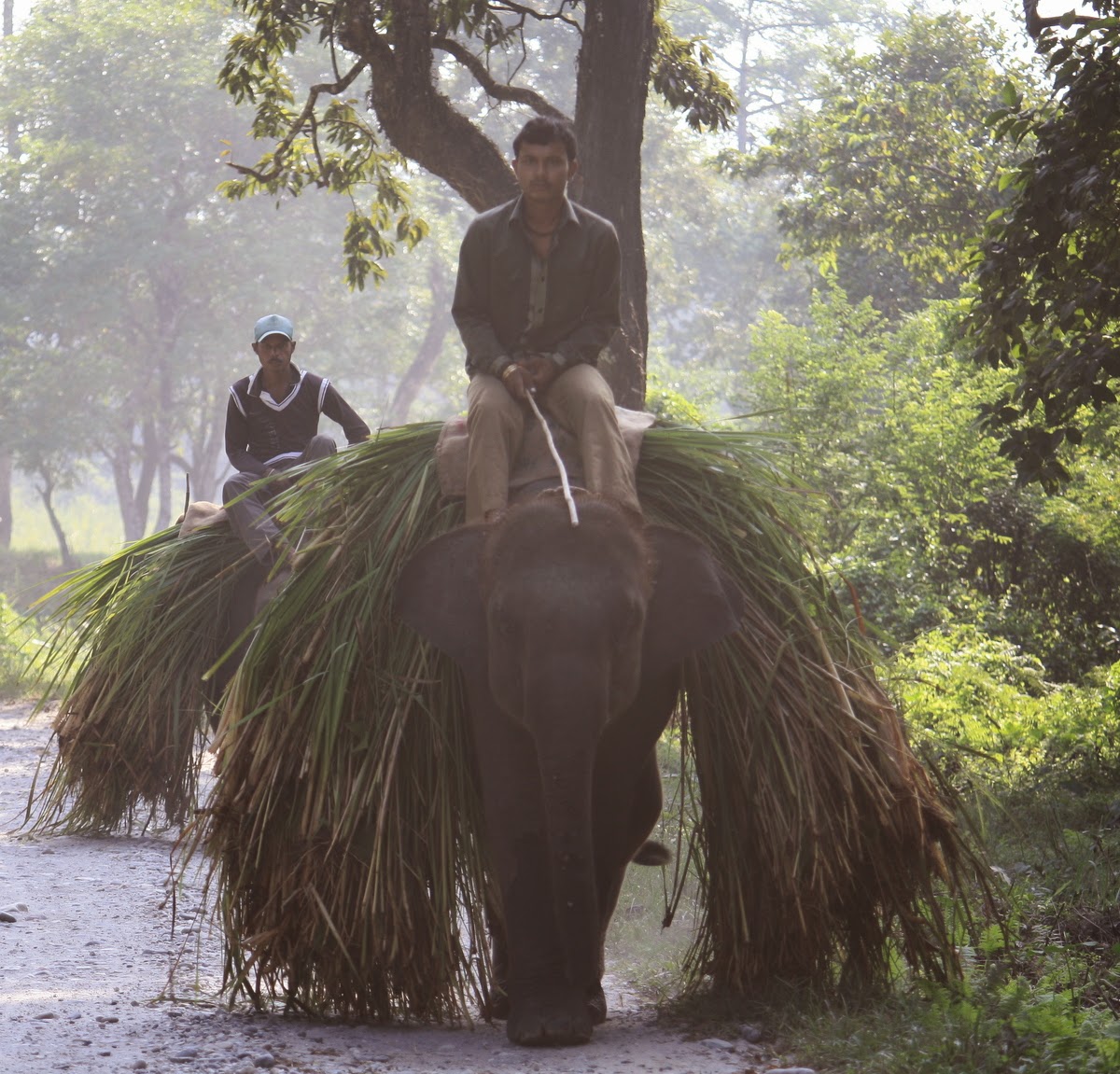 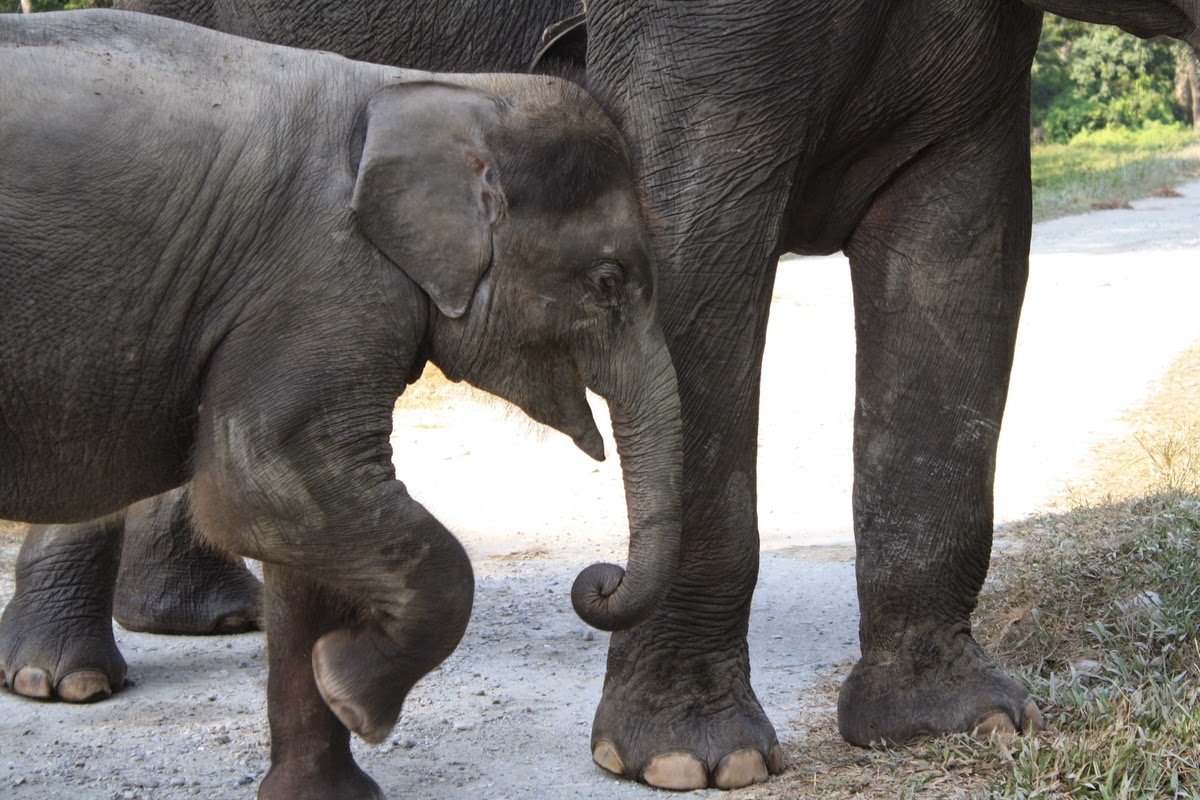 We recently took the opportunity to travel to India while the contractor was off the construction site for the holidays (Eid al-Adha).  Originally we had hoped to take a train to one of the borders, however trains and long distance buses were fully booked.  Below are a couple photos we snapped from the local newspaper of the general travel chaos. 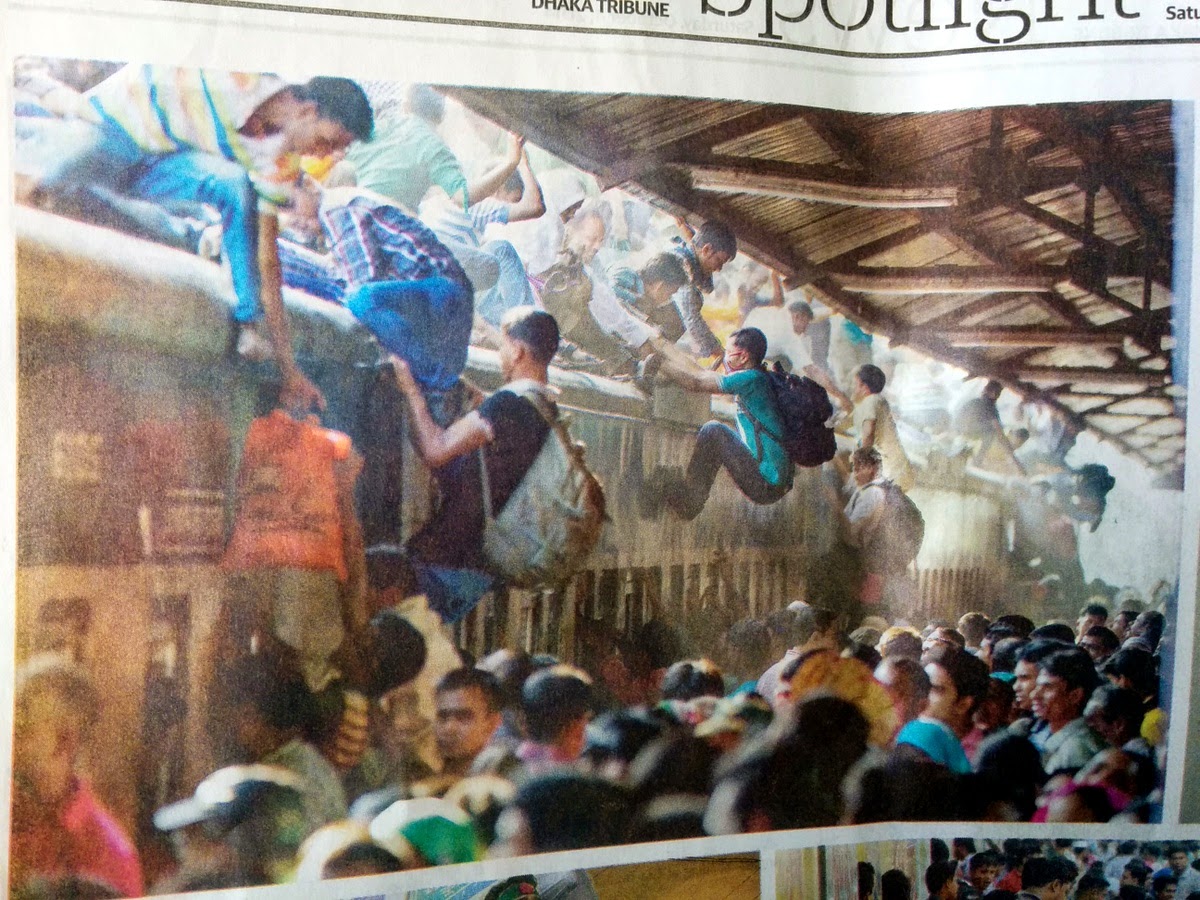 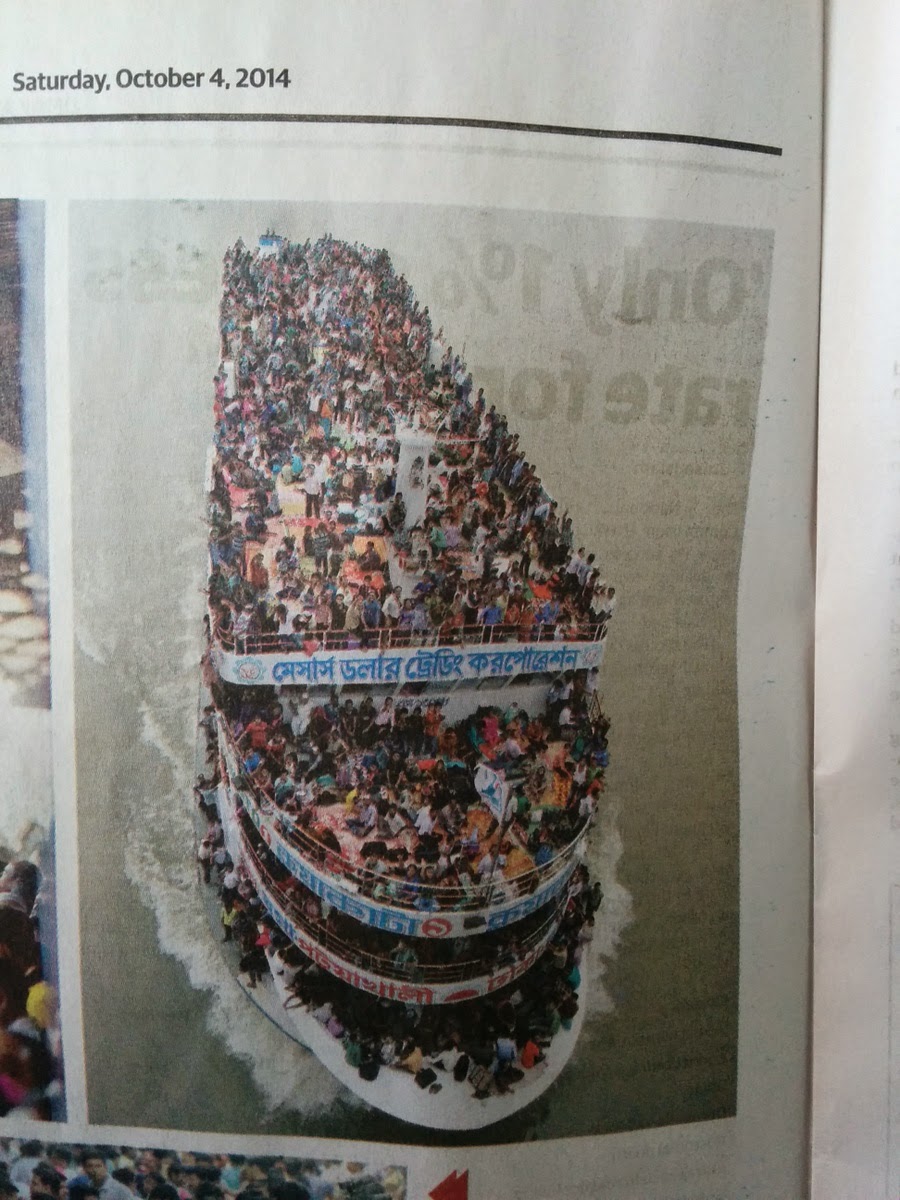 We flew to Kolkata from Chittagong.  This year the Hindu festival Durga Puja coincided with the Eid holiday (which shifts every year and is dependent on the moon) meaning the busy time to travel extended across to India.  Thankfully, they have a tourist quota for train booking.  The hordes of people and vehicles in Darjeeling were particularly disheartening but the hills were still lovely. 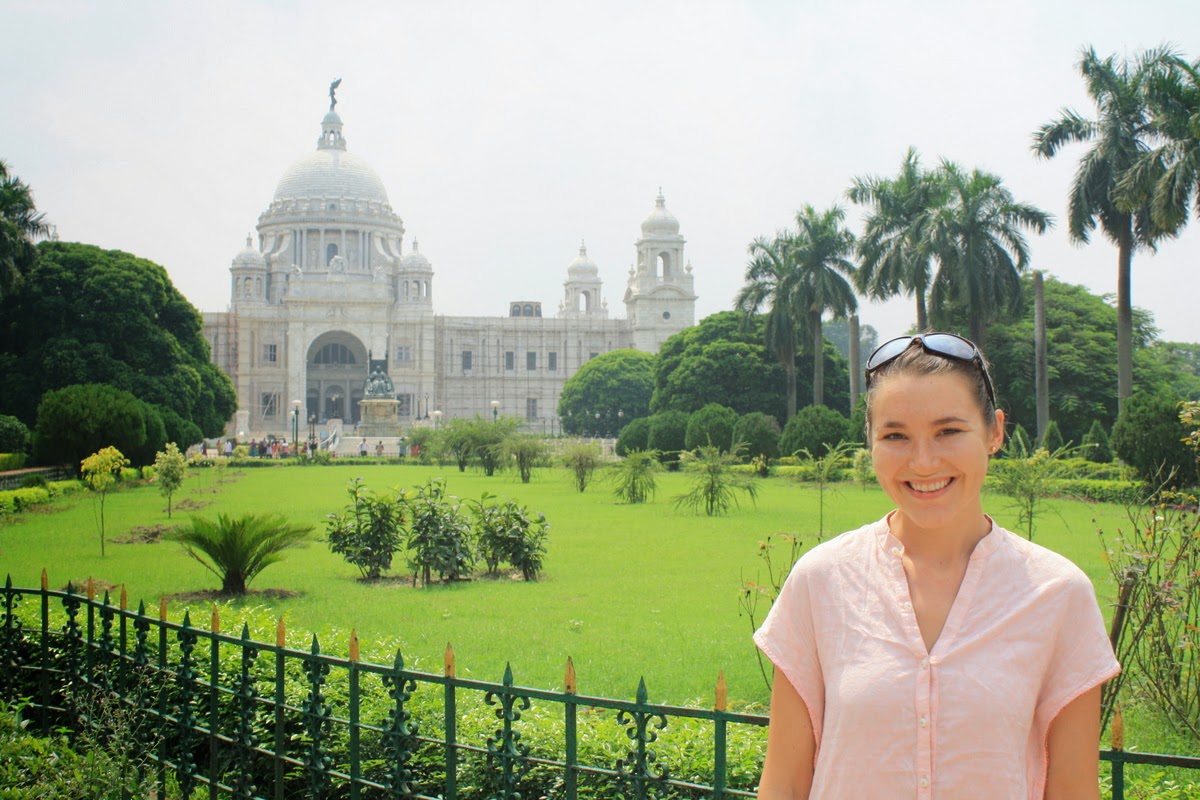 Holly at the Victoria Memorial in Kolkata 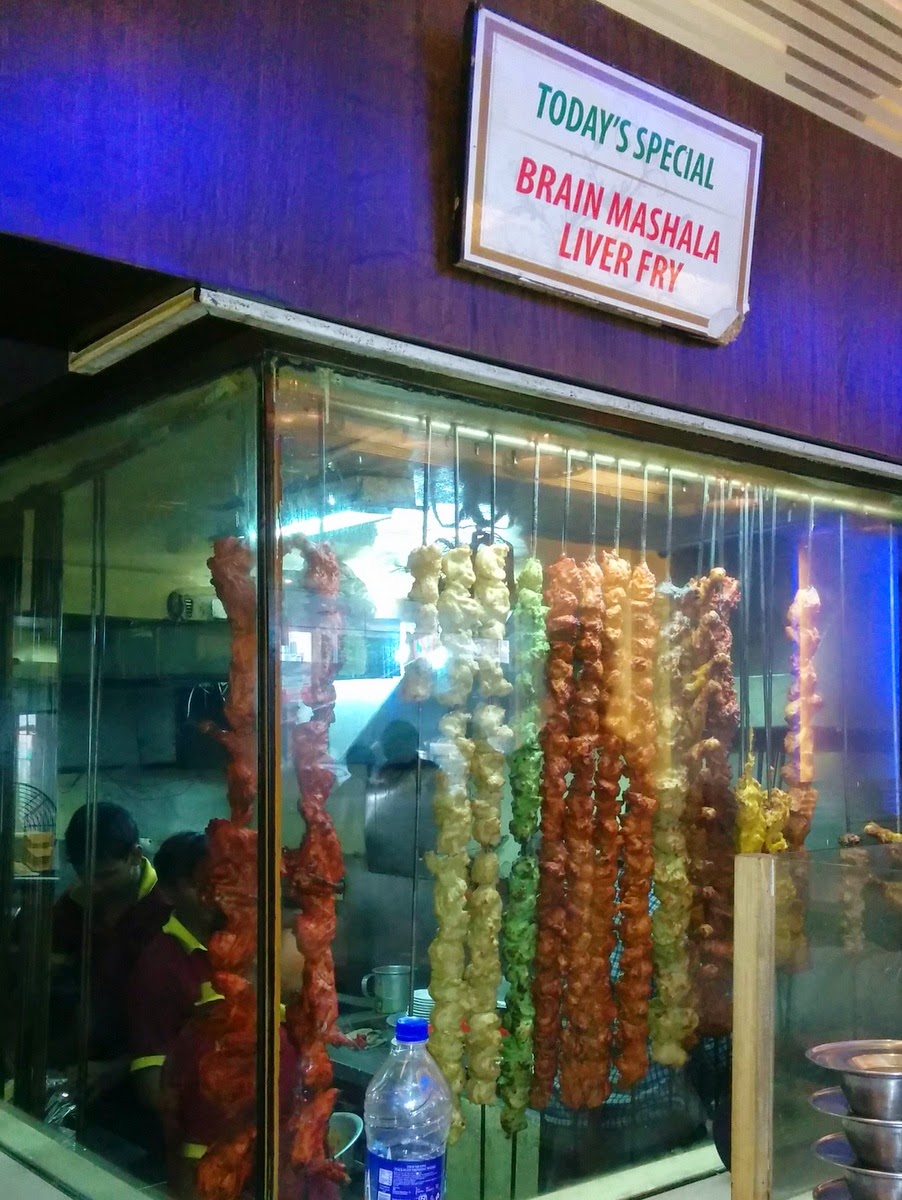 We declined the daily special but our order was delicious, Kolkata restaurant
﻿ 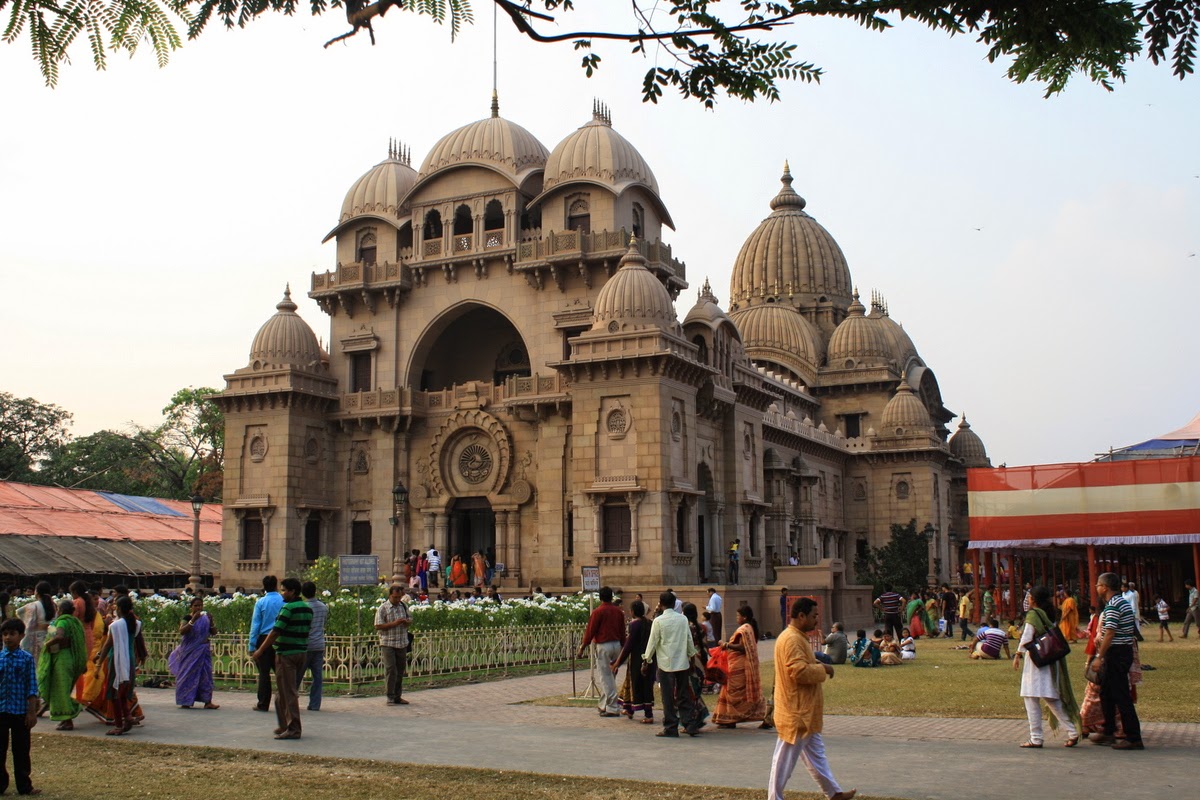 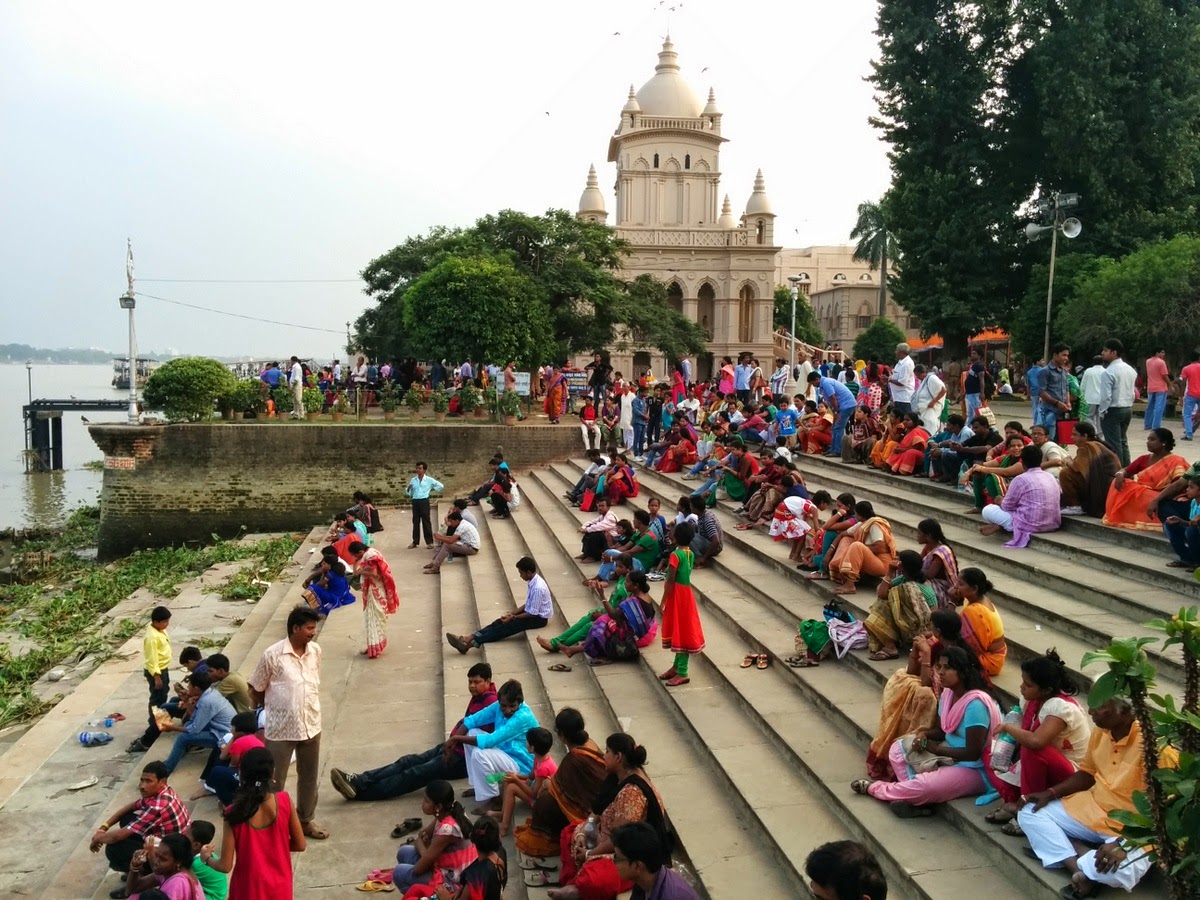 Hanging by the River by Belur Math Shrine, Kolkata 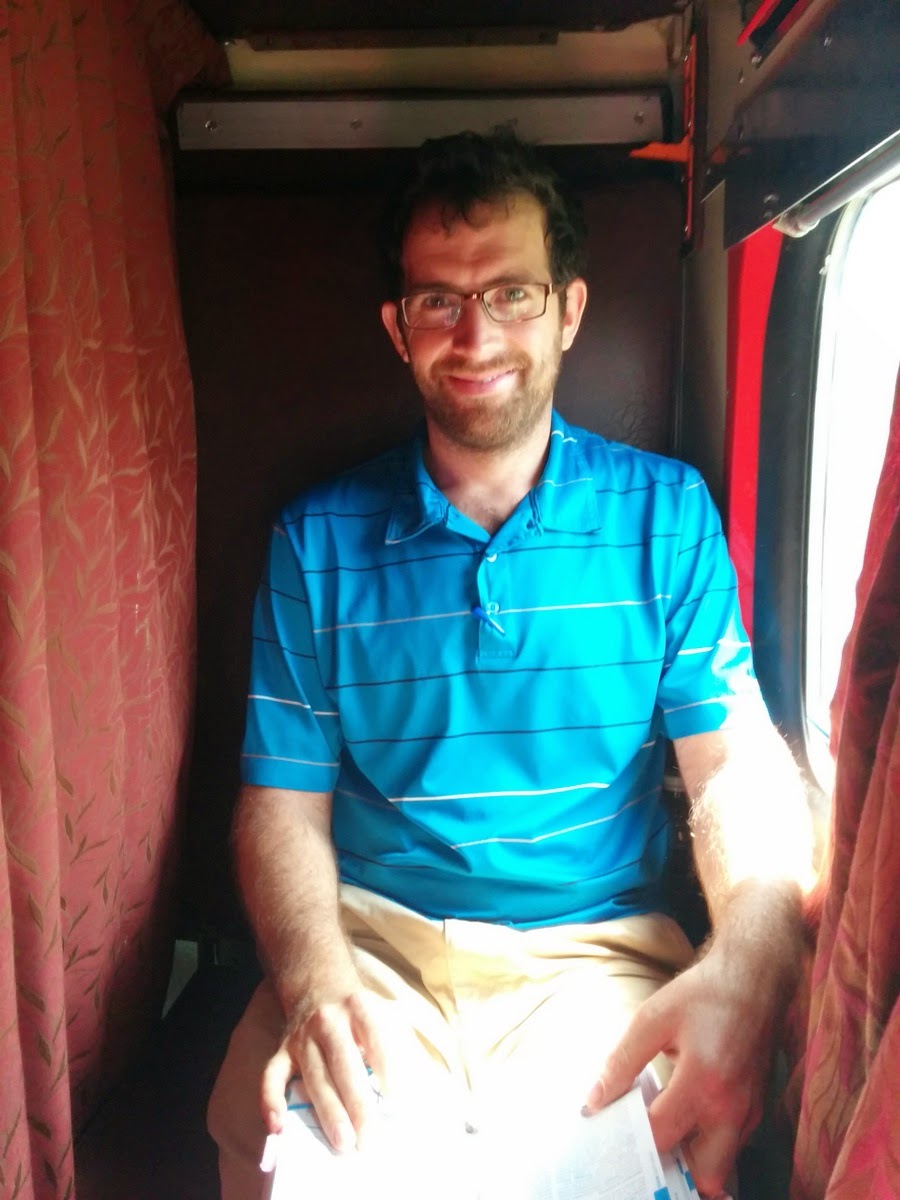 View from window of Darjeeling Restaurant 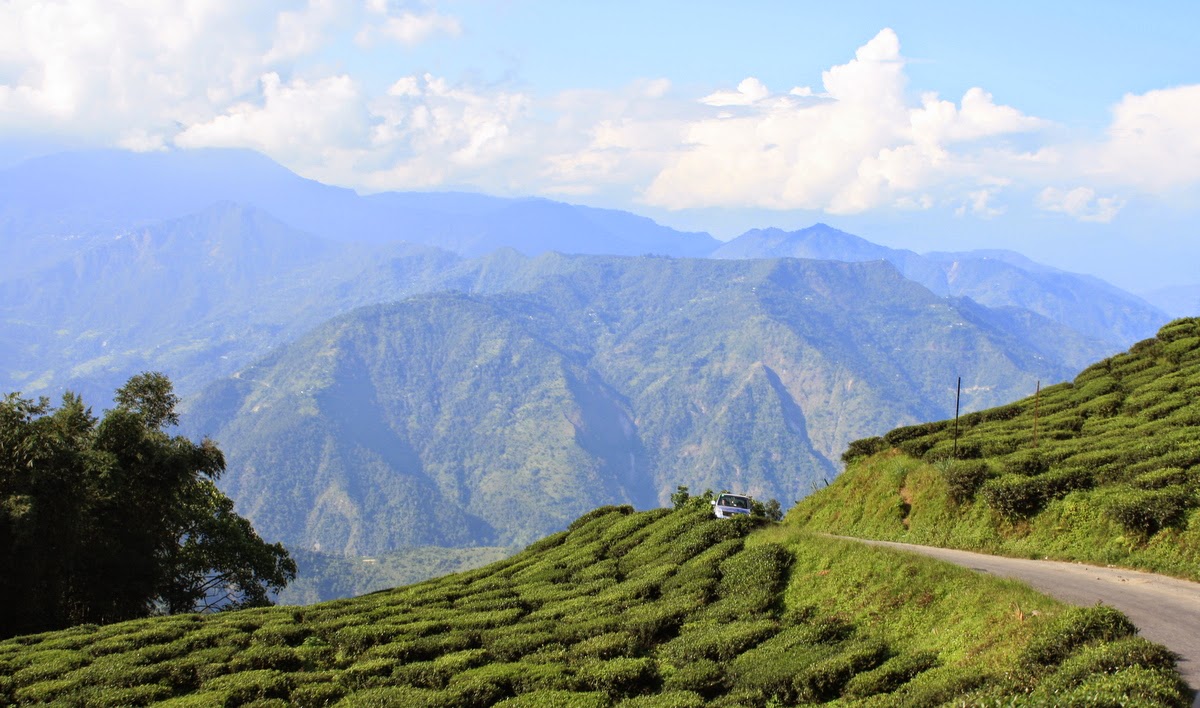 Hills and Tea on the road from Darjeeling

Quality building stone in Bangladesh is a relative scarcity. There is no quality stone quarries in the entire country as Bangladesh is more or less a flood plane of mud and sand. For concrete construction however quality stone is a must. This means all stone must be either imported from India via truck or pulled from riverbeds that border the Indian hills. Following collection or import the stone is then crushed and shipped by road as required throughout the country. For the new hospital project this means trucks must move the stone over 24 hours by road to the hospital site. With the scarcity of stone and transport costs combined this makes the price of stone unusually high ($65 USD per yard).  See the photos below of the typical way stones are harvested, crushed, moved and used. 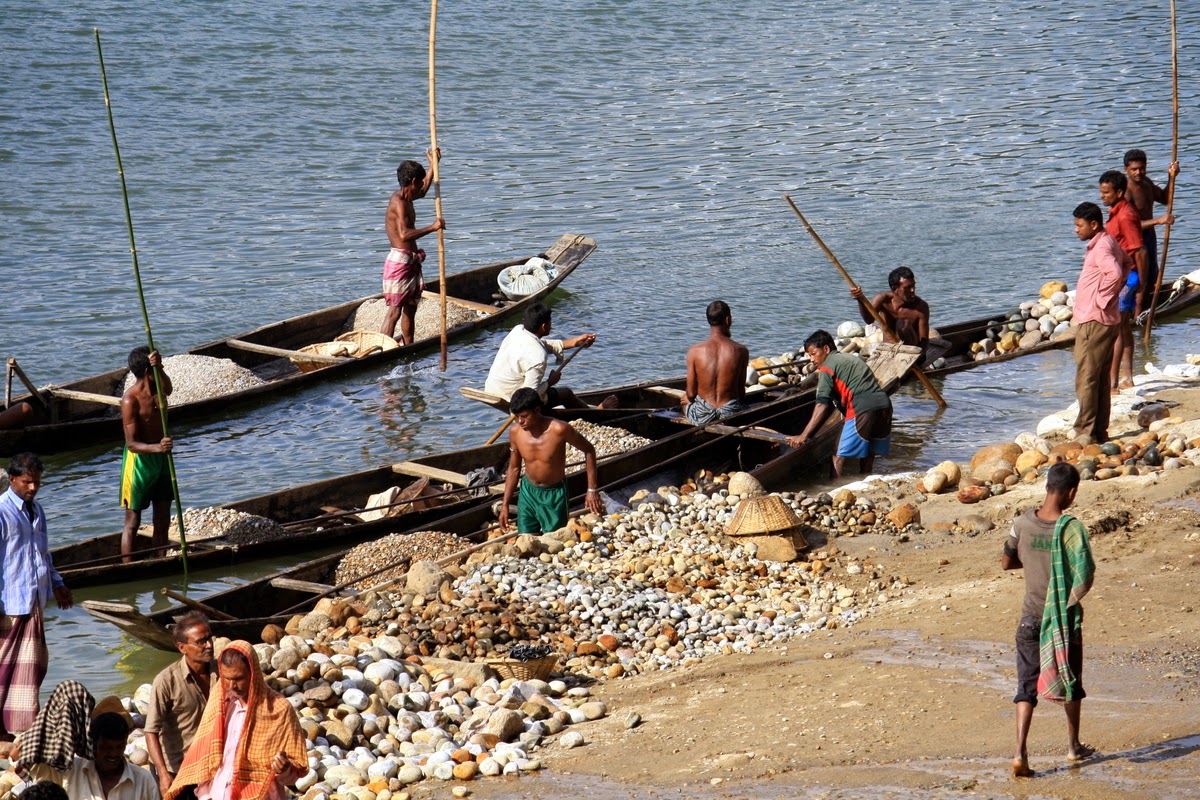 Boulders/Stones harvested from the rivers that border onto India (Jaflong, Bholaganj, etc.) 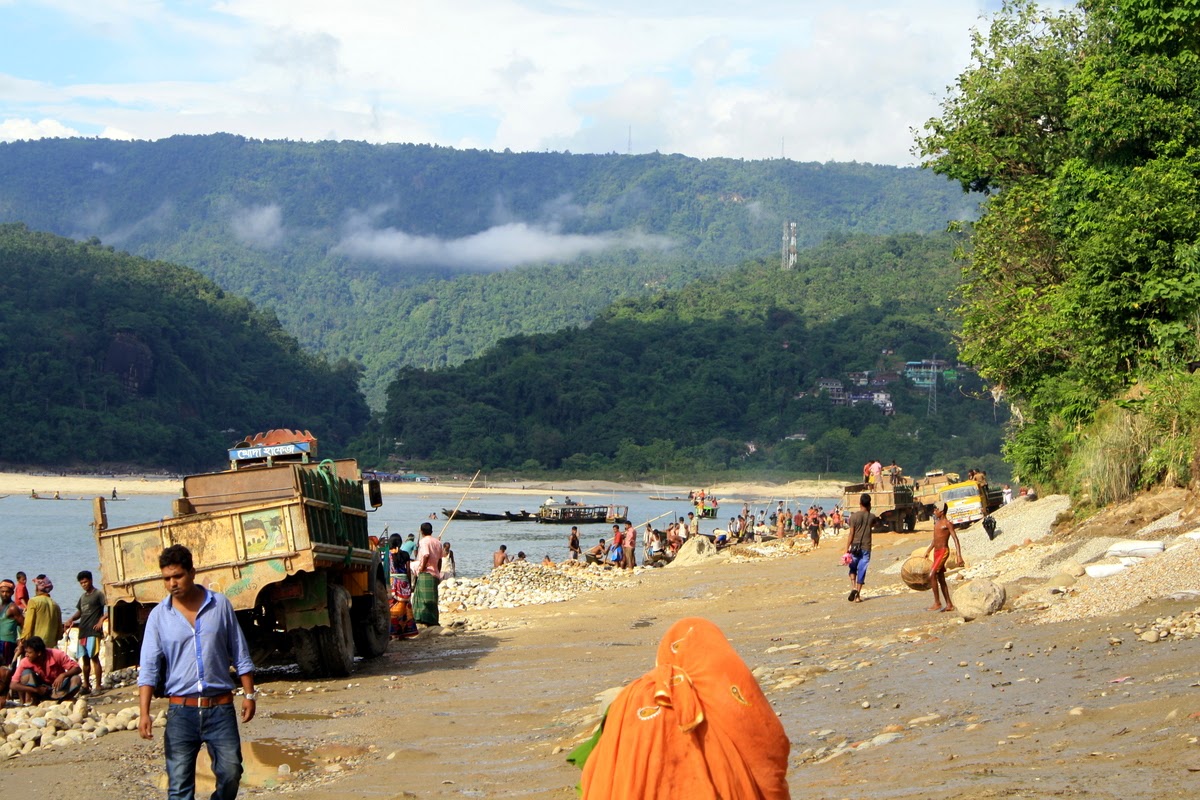 Trucks collect the stone along the rivers. The hills in the background are India where the stone have washed down from. 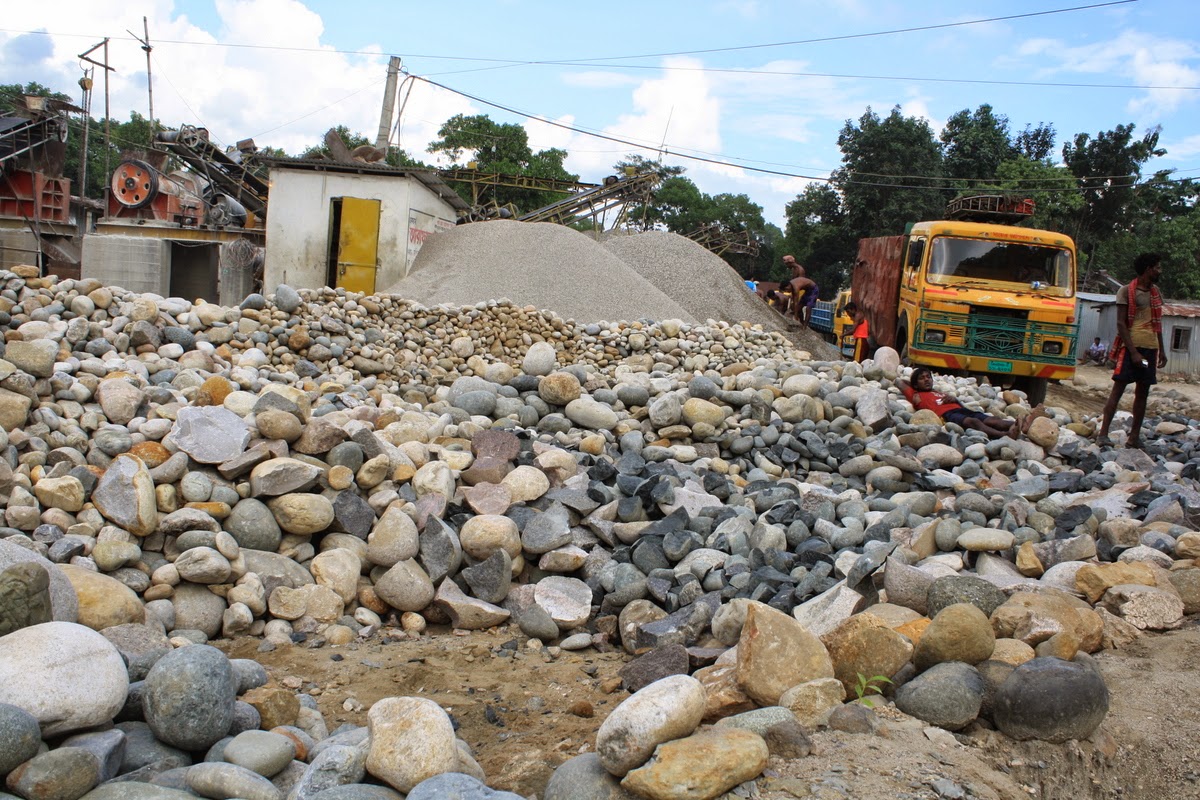 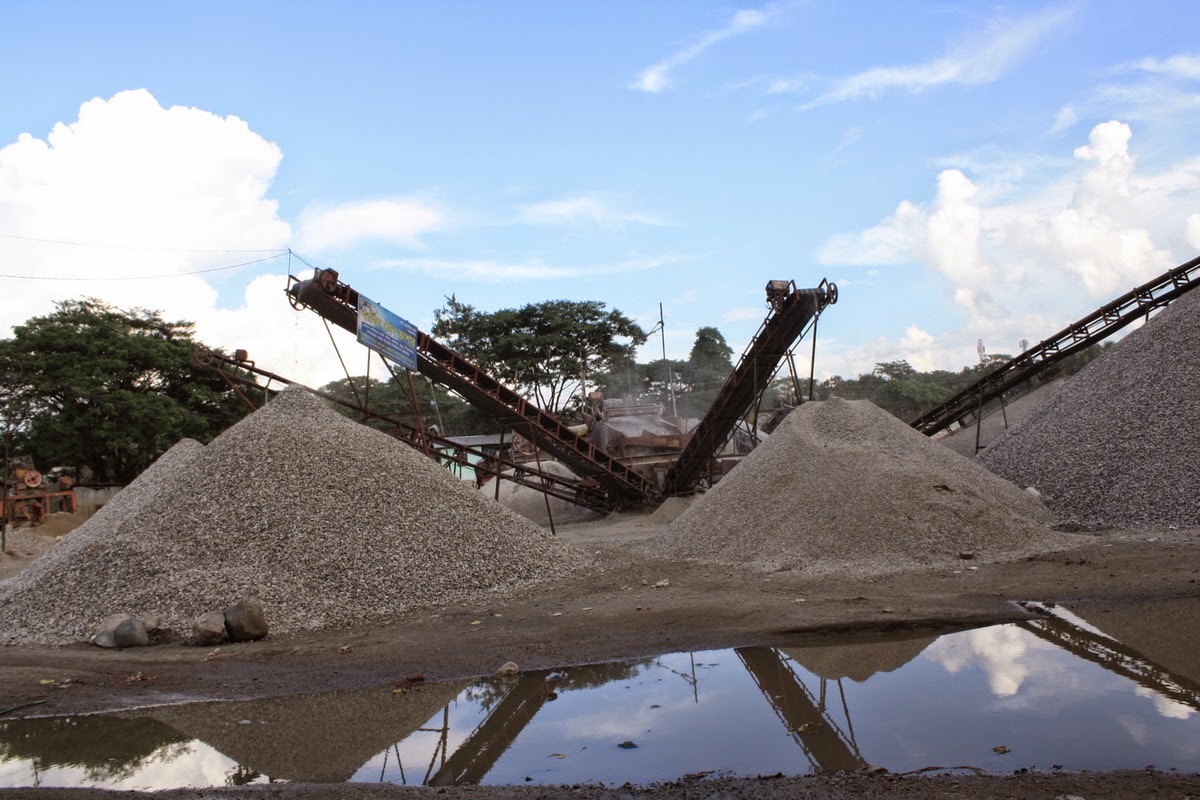 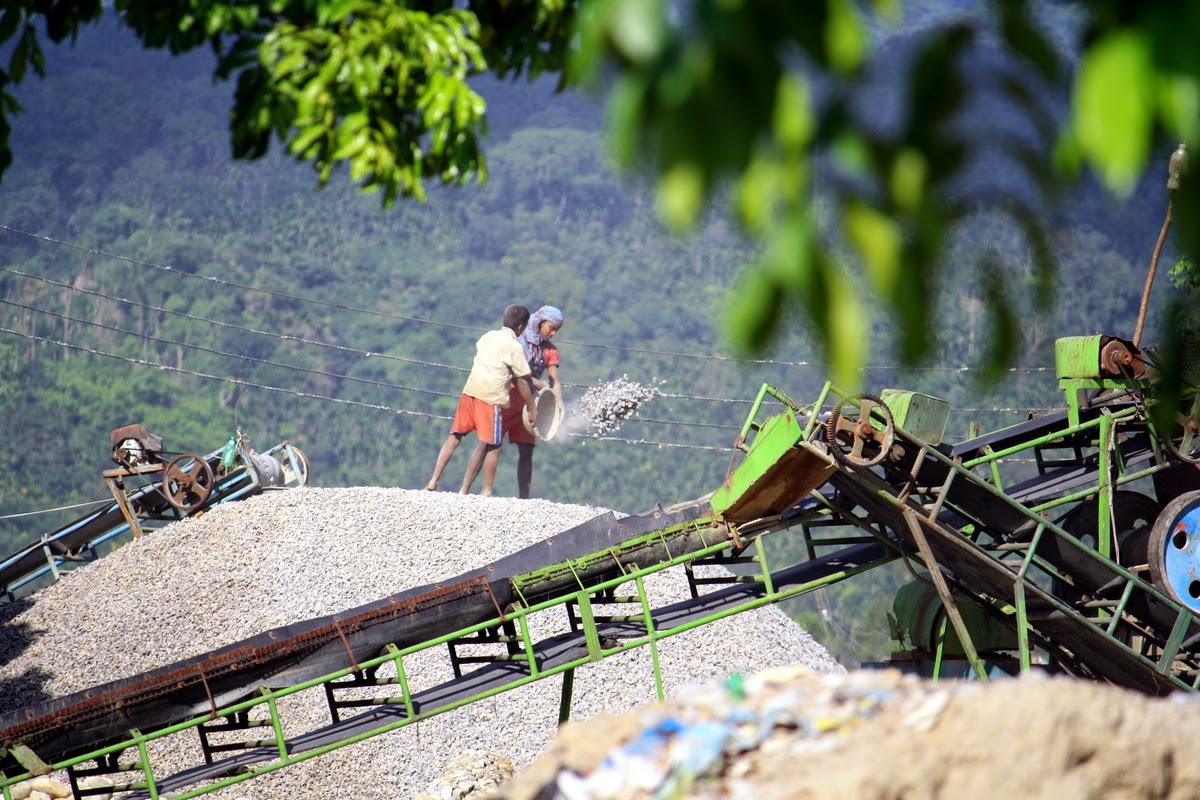 All stones and aggregates are moved and loaded by hand 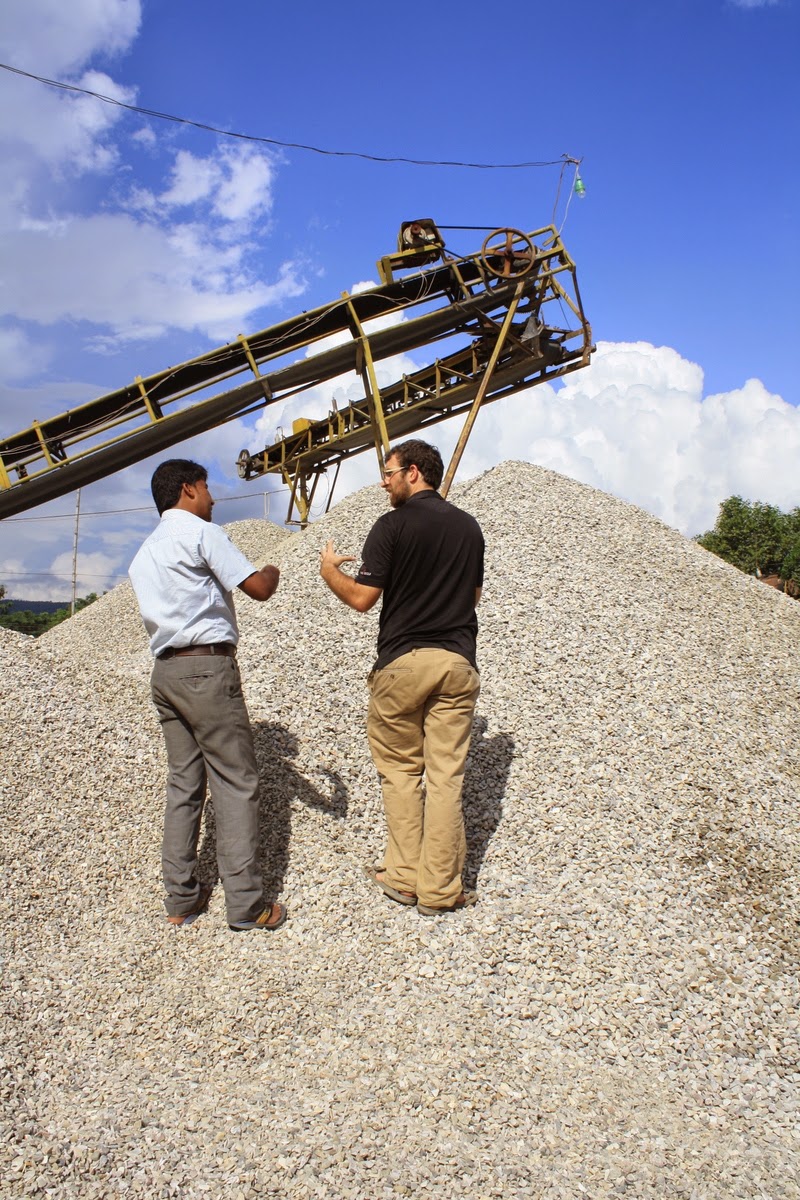 Jon reviewing quality and pricing of stone with a field owner 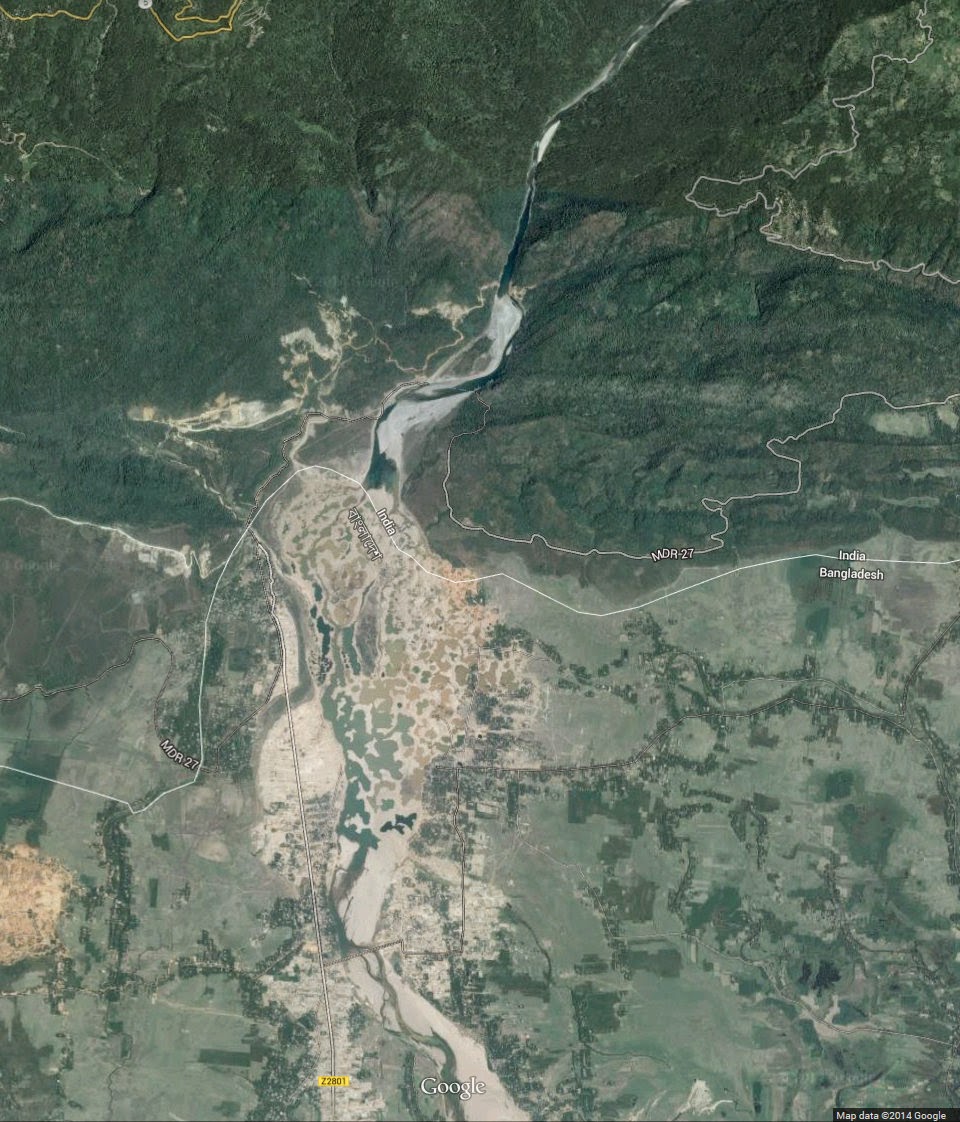 Google Earth view of the Boulder collection & crushing areas in Bholaganj during the dry season. India/Bangladesh border can be easily seen by the change of vegetation and stone collection. 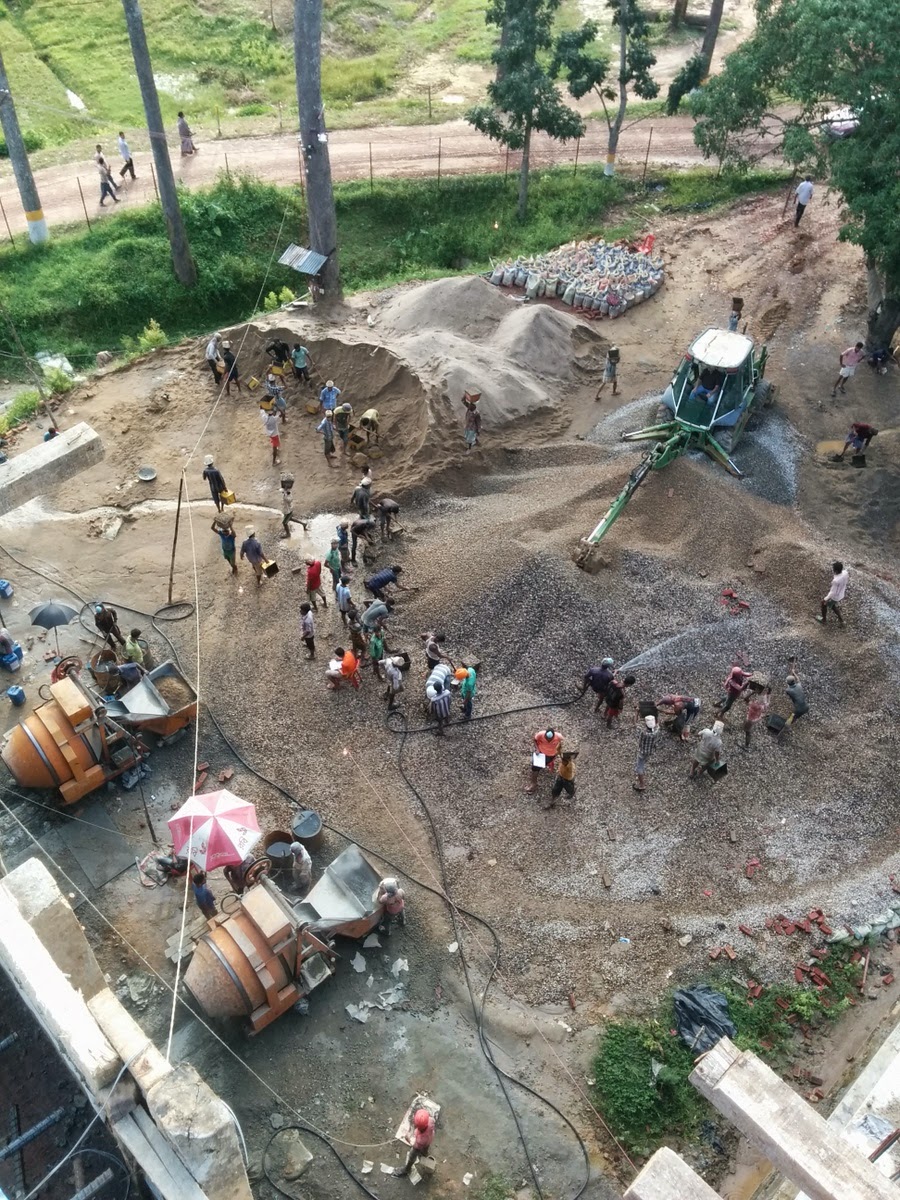 Stone stockpiled on the MCH site in use during casting

Yesterday was the last day of work before the contractor labors take 10 days of holiday during Eid ul Adha to go to their homes. The laborers come from all over the country with the majority from the Northwest of Bangladesh (roughly 15-20 hour travel this time of year). Holly and I are heading to India tomorrow to get away for a few days and hopefully make it to the Sikkim area of the Himalayas for some hiking while the contractor is off site. 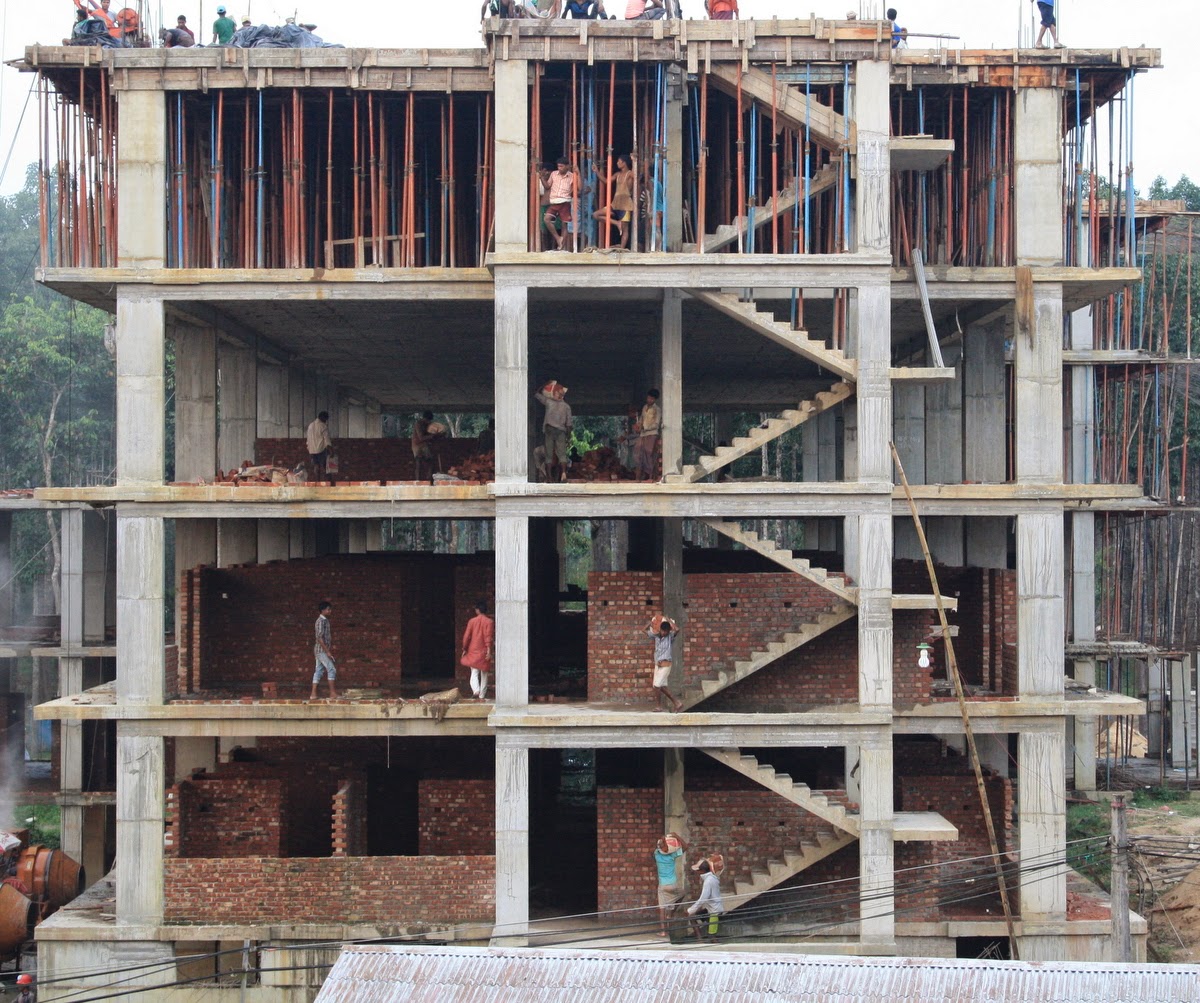 
Jon
by Jon Barrett No comments: