If anyone has a chance to come down here, Wow, it´s great. I would have to admit Inicially I was a bit timid (and still am), but things have been working out great. I spent a day in Los Cabos san Lucas hiking around the cliffs trying to get out to Lover´s beach and the Arch del Cabo. For anyone who isn´t a strong swimmer, it wouldn´t be a good idea. Everyone else gets out there by little boats that run back and forth. I rented a mask and was able to do some snorkling there on the tip of the Baja. It was increadible. Fish I have only ever seen in extravagant aquariums were swimming around in schools. Like I said, Amazing. That evening I caught a bus to Todo Santos(Hometown of Hotel California). On the bus however I met a fellow Canadian along with his Mexican friend. They were heading to a surfers beach just before Todo. I got off with them and spent the night under the stars at the beach in Seratos. It was interesting there, we met up with a whole subculture of beach bums who simply live on the beach. One guy has been living there since October. He actually caught a bunch of lobster that day so I had a little feed of Lobster. In the morning I got a few picts then another guy I met from Wales lent me his board and taught me how to surf. I´m no expert, but I can at least catch a wave and stand up on the board in the process. It´s starting to cool off (it was over 25 on the beach), which feels great since I got even more burnt today. Again I forgot my USB drive so I will have to wait till morning to post some picts. Tonight I am in La Paz, which is a lovely city on the Sea of Cortez. Buenos noche.
by Jon Barrett 3 comments:

Well I´m definitely am not in Kansas anymore.  People here speak some other language??  What up with that.  It has been fine so far with the very few words in Spanish that I know along with the many words of English a few people here know.  Hopefully I should be able to find a place to stay here shortly then head to the beach.
by Jon Barrett 10 comments:

I booked my flight to Los Cabos, Baja Mexico last night.  I fly up to San Francisco tonight then down to Los Cabos in the morning. 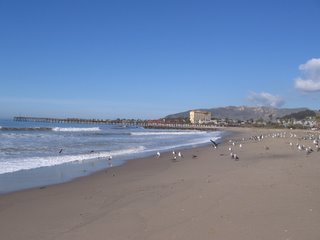 The beach and pier along the shores of Ventura. 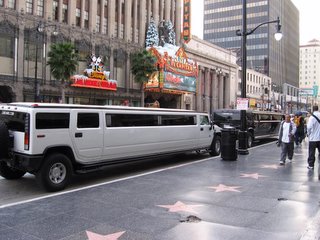 Hollywood
by Jon Barrett No comments:

I officially feel like I am on the road.  I feel like a vagabond alas' once again.  After arriving to a beautiful, warm day in LA yesterday I was able to make my way to Ventura to visit Shauna.  Shauna, FYI it takes about 5 hours to go from LAX to Ventura if you use public transit.  If you know the system I am sure it could be done much faster, but I'm a tourist I took my time and got on and off a number of times.  Shauna was able to tour me around Ventura and it is a really beautiful city at day and at night.  It is nestled between the ocean with a lovely broad beach and these jagged mountain like hills.  Tonight I'm in Hollywood checking the place out.  I am taking requests if you want a picture of your favorite star's names on the Hollywood walk of fame.  I'm off to Universal City.

Well I'm off.  Flight seems to be on time.  Will find out soon enough.  Still don't have my passport so my first week may be interesting as I make my way into Mexico.

Logistics, this is one word that I am currently not enjoying.  The paperwork to meet entry and exit requirements to a number of countries has been giving me a few troubles.  Most countries policies are no hassle for the ordinary vacationer who simply plan on flying in, staying for a week then flying home.  The method of travel that I am using (via buses and a few flights) has been difficult in providing proof of onward travel arrangements since at least for the buses I would rather not buy the ticket until shortly before I leave for my next destination.  It should be interesting how it will work out over time.
by Jon Barrett 2 comments:

Now that I have most of the essentials for traveling I'm starting to get everything ready for the road.  Right now I can get everything into my 40 litre pack without any trouble, but I am sure I will start stuffing in unneeded things just to make the pack heavier.  The route I plan on taking is starting to form certain paths and I am getting a few dates here and there for a couple flights that I will be taking along the way.  The exact towns and villages I will spend time in are still unknown, but a few major attractions that I plan on spending time at are starting to appear.  Hopefully in the next two days I can have a fairly well detailed Plan A route mapped out.  If I will stick to that planned route who knows?
by Jon Barrett No comments:

When I last was in Halifax back in mid December there was a fair amount of snow and many of the lakes where frozen over.  Now getting well into January the snow is gone and the lakes look like you could go for a swim in them (tempting at least).  Personally I love the warmth we have been getting, it's a great change to the ordinary drabness that the month of January produces.

My doctor gave me some Lariam (an anti-malaria pill) the other day to try out. The reason I have to try it out is that some people who take it go crazy, literally! They start hallucinating, don't sleep well and have crazy, vivid dreams. Thankfully I haven't gone crazy yet (or have I, would I be able to recognize it in myself if I did). I will let you decide that on your own.
by Jon Barrett 2 comments:

If you have heard the rumors, it's true (no I'm not engaged or married).  I mean the rumors about me heading South for the winter.  I have a flight booked to Los Angeles then from there I will commence my journey into Mexico and will steadily continue making my way South.  Today I received my shots and got my prescriptions so i am ready to get on the road.  The only little minor detail holding me back is that I don't have my passport as of the writing of this blog entry.  It is suppose to be here by early next week.  As for travel plans other than where I am flying to and flying home from I don't have any particulars of what my travels will entail.  I hope to be able to keep my blog up to date while I travel so check it out once in a while.
by Jon Barrett 7 comments:

A Black Hole of thought and contemplation has engulfed me over the past few weeks.  A great variety of ideas, meditations and thoughts have been pondered over till the early hours of the morning for many days and many night.  Finally I have been set loose from this Black Hole of contemplation and placed back into this real world of mass communication.
by Jon Barrett 2 comments: 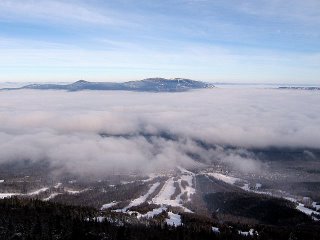 How can something that makes people so sore be so much fun? I was over skiing & snowboarding at Sugarloaf for the past few days. The weather was excellent and the snow conditions were great for this time of year.