My brother Jamin & his wife Sarah have come over to Bangladesh for a couple weeks to give us a hand on the new hospital project and to look at existing electrical issues on the campus.  Jamin is an electrical engineer. 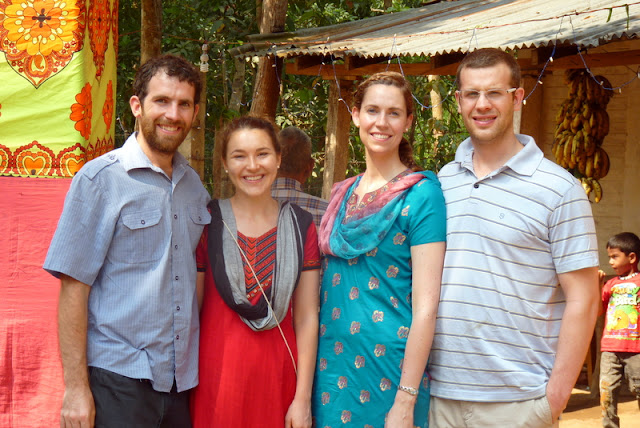 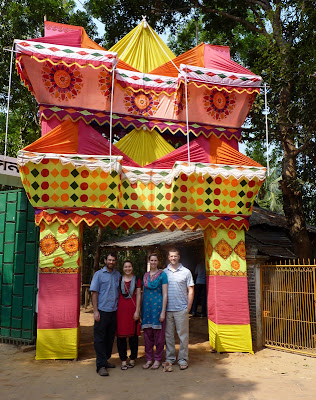 (The church was decorated for a wedding)

The  day they arrived in country there was a 48 hour hartal (countrywide road strike) so we had to juggle around our transportation methods.  On strike days there are very few cars on the roads so we have to rely on bicycle rickshaws and CNGs (the small green taxi).  Needless to say with Jamin, Sarah and me with all their luggage it was very tight in the CNG. 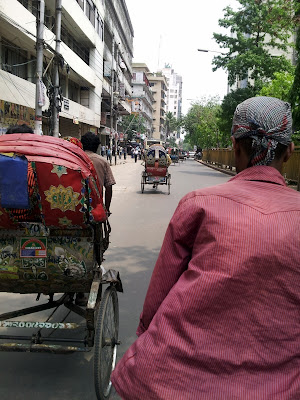 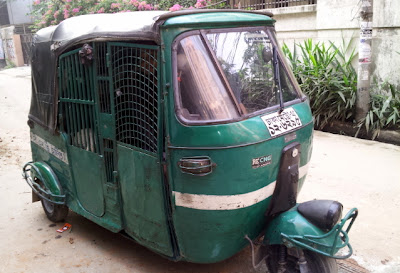 We had an early morning flight from Dhaka to Cox's Bazaar, so again there was a road strike so we had a boat arranged to take us from the airport right to 50 feet from our house here in Malumghat. It was a beautiful day for a boat ride. 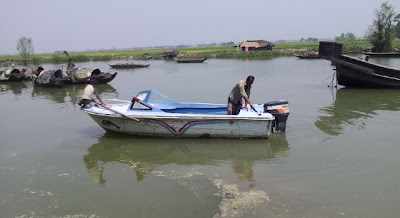 (Boat from Cox's to Malumghat)

Jamin & Sarah got right to work despite the 9 hour jetleg. Sarah was helping Holly layout the building on the field and Jamin was working with the electrical systems. 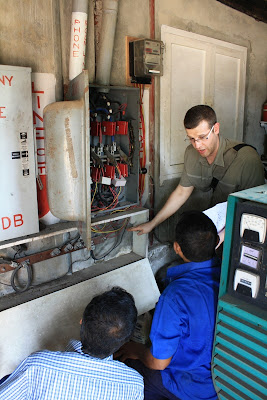 (Jamin looking at the electrical distribution)

We had a chance to make it out to the local market yesterday where they picked up some materials to make a some new clothes along with some fish and fruit (jumbo shrimp, watermelon, lychee  pomelo  palm fruit, pomegranate, etc.). We are starting to get into fruit season. Tonight we head into the hills for the night.

The project has been keeping Holly and I very busy ever since we arrived in November.  We finally feel that things are starting to come together so we can start construction in the upcoming weeks. The project was tendered last month and closed on the March 31st. The past two weeks we have been scrutinizing the bids and doing final interviews with the contractors. We now have a contractor selected and are working on finalizing our contract with them.

We have also been working on finalizing our agreement with the NGO Bureau of Bangladesh to be allowed to import money into the country for the project.  This work has been seriously hampered over the past month due to ongoing country wide road strikes due to political tensions in country.  Last week the roads were closed every business day.  As we required the local District Commissioner's signature of approval on the project and required local legal teams advice we rented a motorboat and boated from the dock just in front of my house to Cox's Bazar (one and a half hour ride) on Thursday in order to get around the road strikes. We had a good meeting and ultimately he was able to provide his approval.  Since this meeting he has been able to come to our facility yesterday to view the work here first hand. 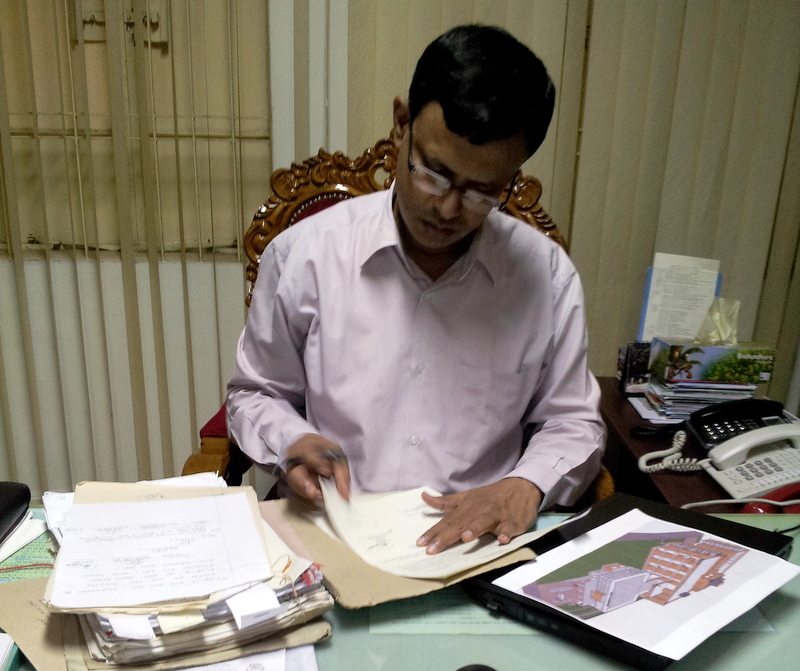 (District Commissioner Signing off on the project) 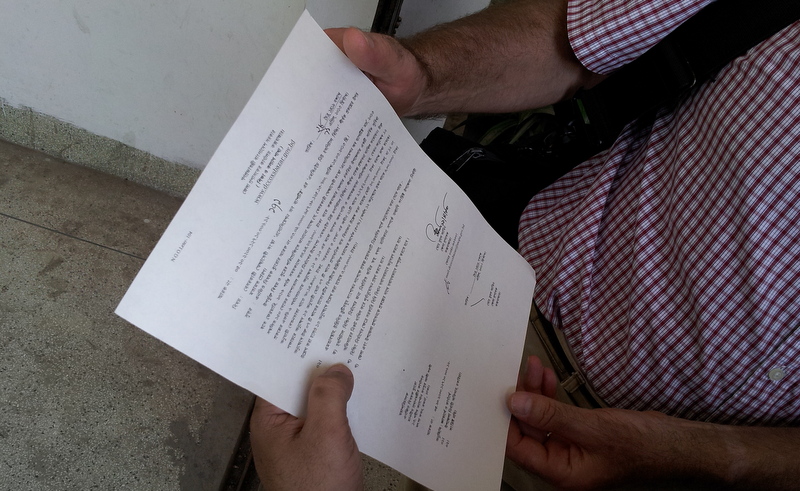 (Holding and Reviewing the Signed document) 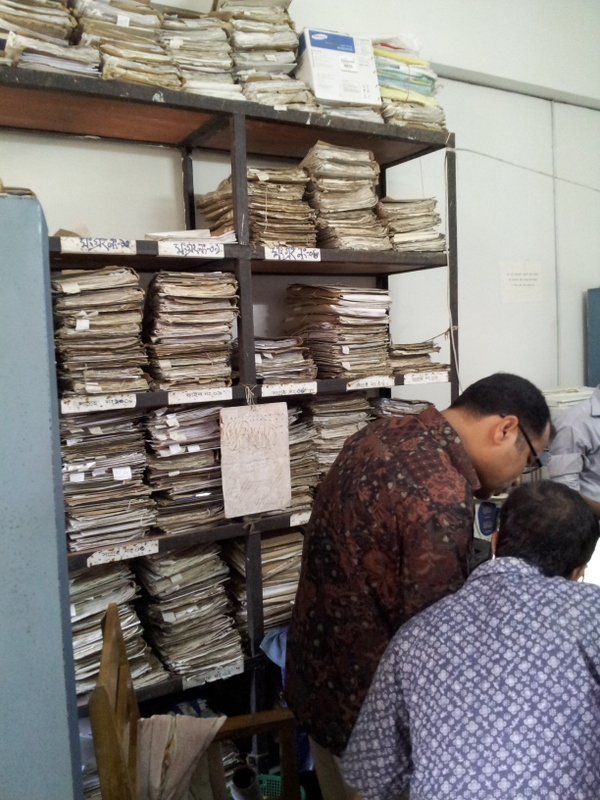 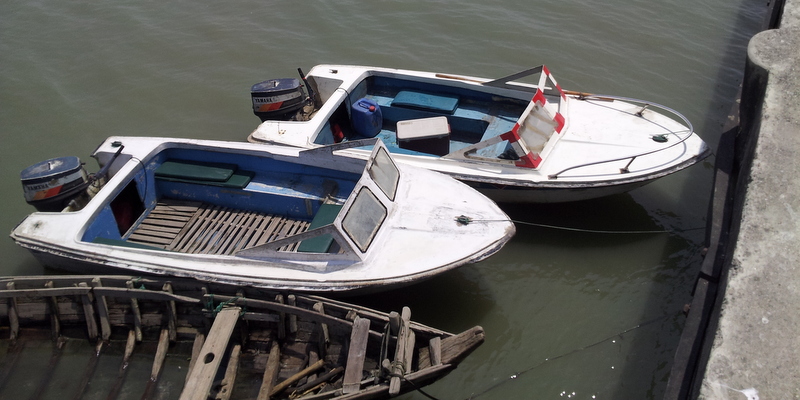 (The Boat we used to get down to Cox's)

Prior to our final head office approval we still need our legal team to sign off on the contract so we have been engaging with our local legal advisors to provide the requested documents. 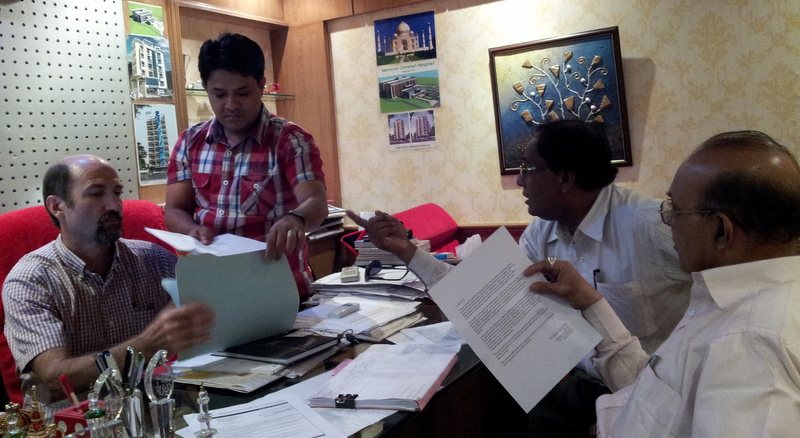 (Meeting with our national lawyer) 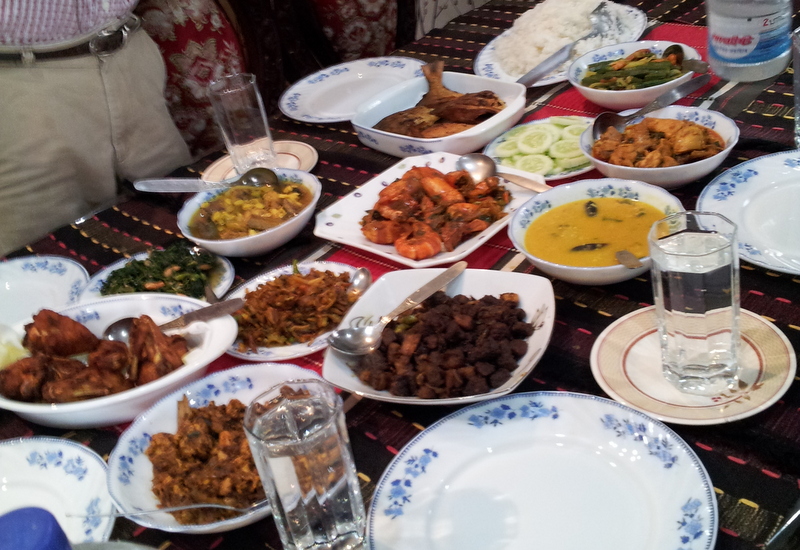 Site work has been ongoing over the past couple months.  We have had a new security fence installed around the property boundaries, Cutting and removing trees, re-routing a current road around the site, installing temporary access roads, etc. 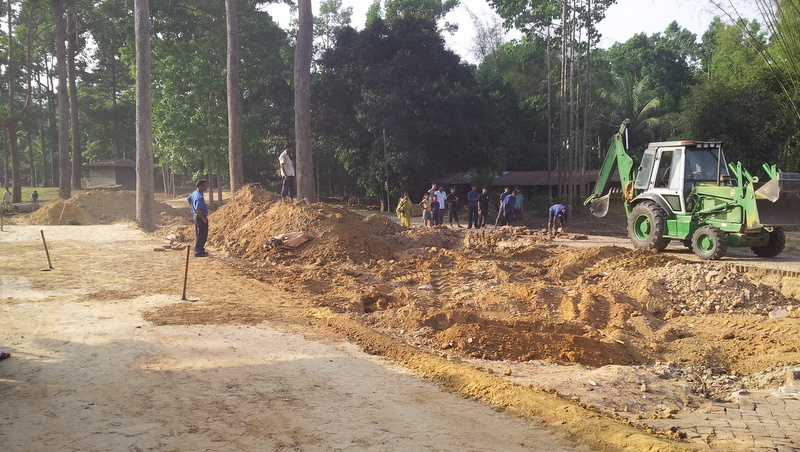 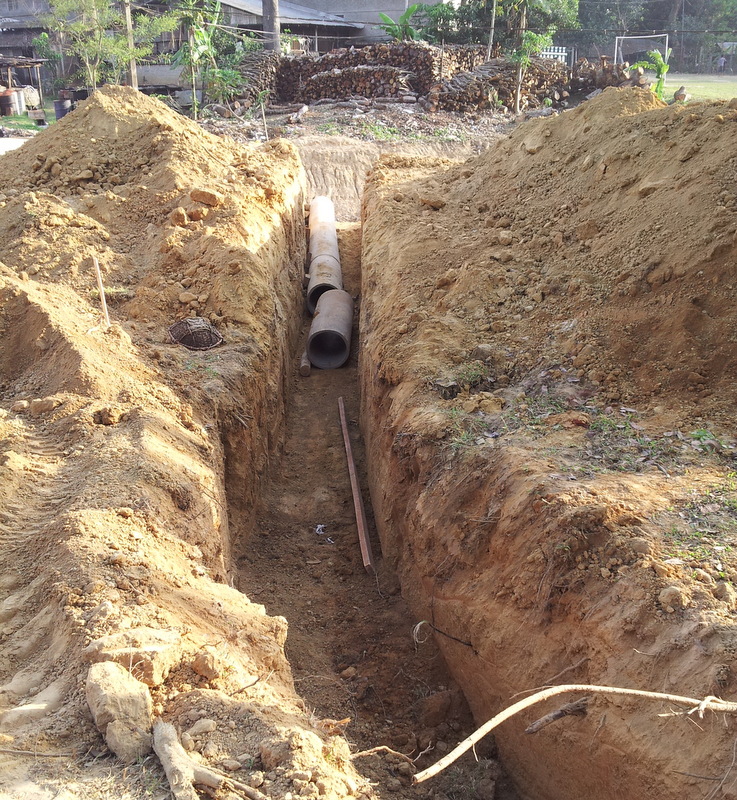 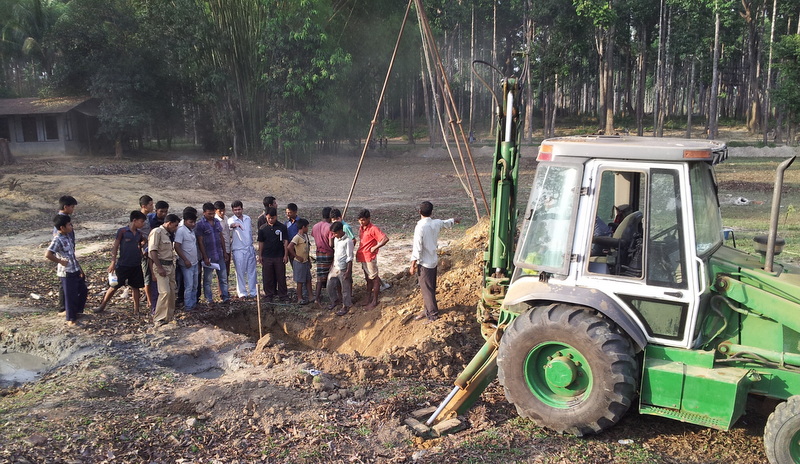 (Soil testing - the testing company actually lost 40' of their steel pipes down the borehole so we called the backhoe in to dig it out. They were only at 50' so the backhoe was able to reach it.) 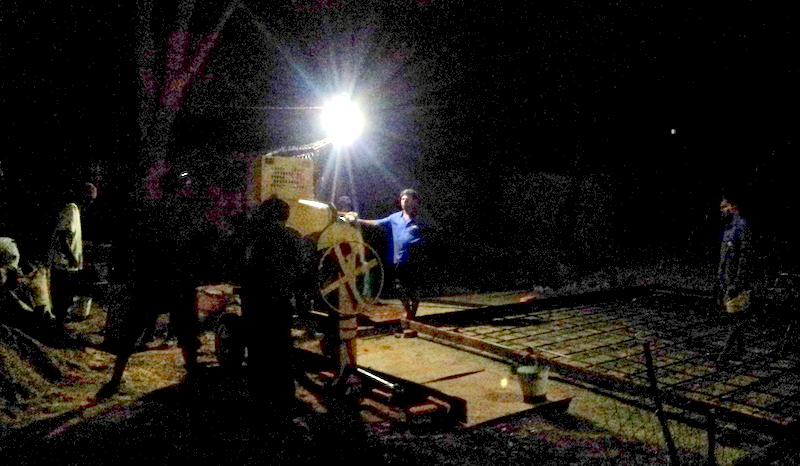 A team of railroad personnel also made it to site this week again.  This time the head of the railroad was with them and we were able to lobby for our desired track routing through the property. The Staff had been requesting this meeting for the past couple years. They had over 20 people in their group from engineering to political personnel to listen to our proposal.

(meeting with the railroad team) 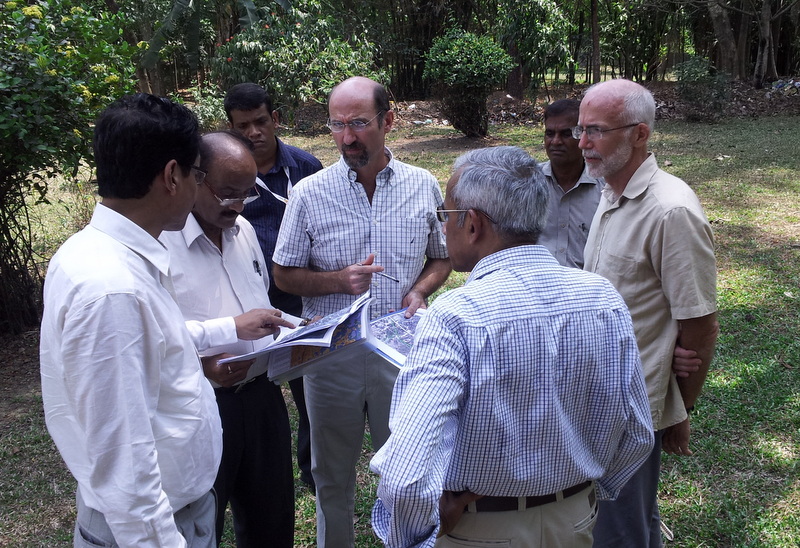 (discussion with the Engineering Team)

A few new photos also loaded to our webalbums:
www.picasaweb.google.com/jonathansbarrett

Costs of Living in Bangladesh

One certain thing about Bangladesh despite this country's many uncertainties is that the cost of daily living can be very economical for common goods. I have compiled a quick list of typical items and their cost.

Prices do fluctuate greatly for many items, especially for produce and fruit during growing season when their prices are greatly reduced. Many items are simply not available out of season so we have to bottle and freeze while the prices are good. There are some items that are more expensive in country as well - especially if we ever feel like having some imported comfort foods. Milk products are generally pricey- 200g of Butter the other day cost us $3.33. Fresh milk is not generally available (there are two cows on the compound that occasionally produce some), powder milk is used in its replacement. 500g of full cream powder runs $4.50.

Since we have arrived in country Holly and I have been working on lots of different recipes for various things that can be difficult to obtain in country. Peanut butter is one commodity that Holly and I go through a lot of. It is available in country (Dhaka or Chittagong), but is expensive, we often run out between supply trips to the city, and no natural non-hydrogenized options are available. The basics are always the same for all versions, we purchase raw peanuts from the market by the kilo then have them cleaned, cooked and shelled. We then place in our blender or coffee grinder and mix.  The local peanuts are small and do not have much natural oil so in order to change the consistency from a powder our recent favorite is to add about 1-3 tablespoons of Bangladesh honey per cup of peanuts. Quite delicious. Other options mainly consist of adding different types of oils, but it just does not seem quite as healthy (debatable) or tasty.  We have also become quite versed in 5 minute dark chocolate fudge, as we often go for stretches without any good chocolate between city runs. (Cadbury Coca powder, Cane Sugar, Vanilla, Fresh Coconut Milk). Also very delicious and lactose free. (Real Vanilla is not available in country so we have to import with people that are traveling out to the field) 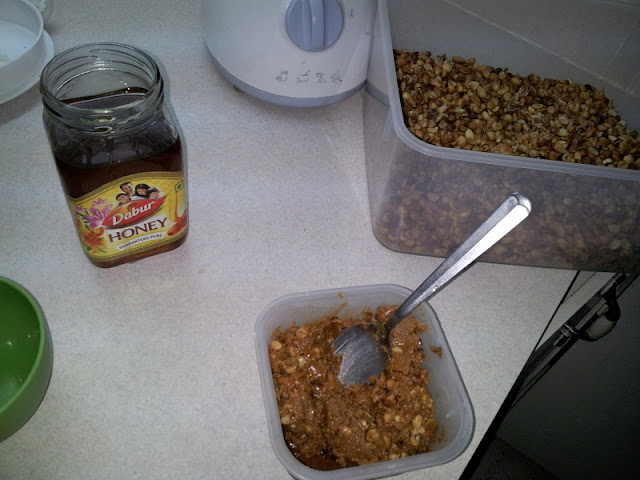