After a few days on the beach we were ready to start exploring inland by foot. As it is the rainy season (thankfully we did not get much rain) there are very few people on the trails however a number of trails were closed due to the risk of rock slides around the volcano.  We did the Crater Rim trek which is a beautiful hike starting on the rice terraces of the lower volcano then into the coffee and coca bean plantations before heading into the park jungle (with all of its wildlife) until we reached about 2,000 m where it opened up into beautiful grasslands. From the crater rim you look down into the crater with a very large lake and the active cone with Mt. Rinjani in the background. Heading South to Kuta, Lombok for our last day/night. 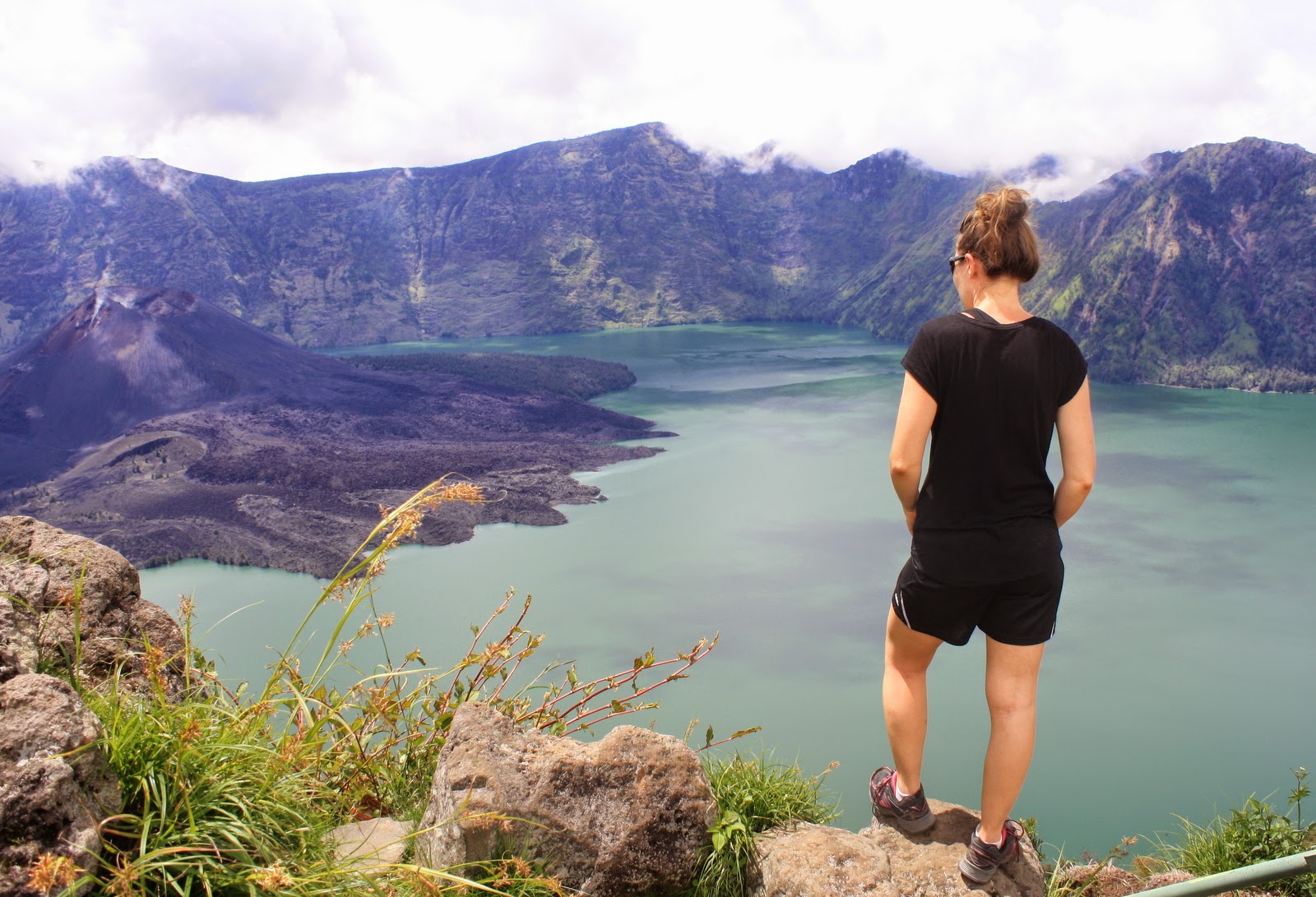 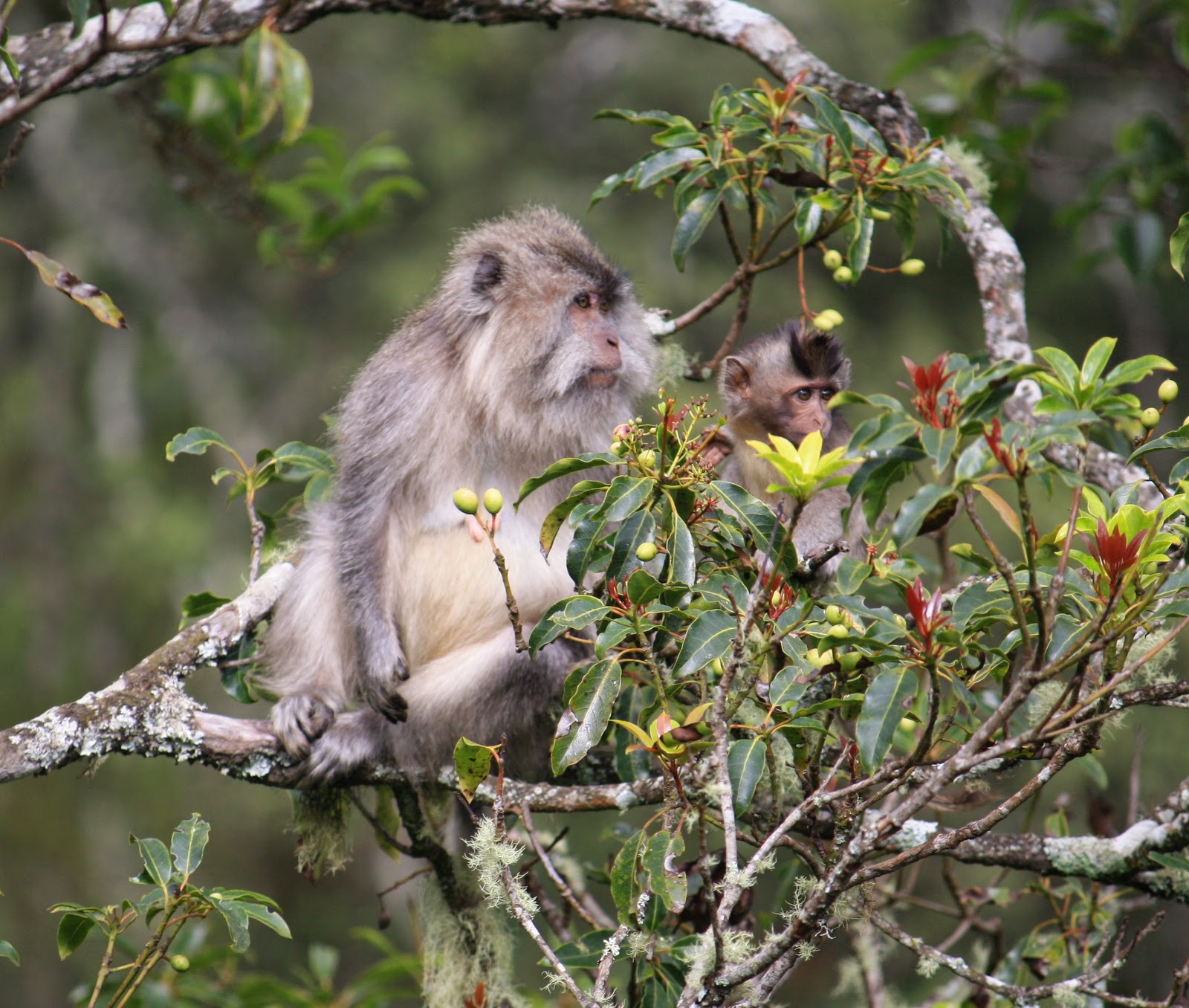 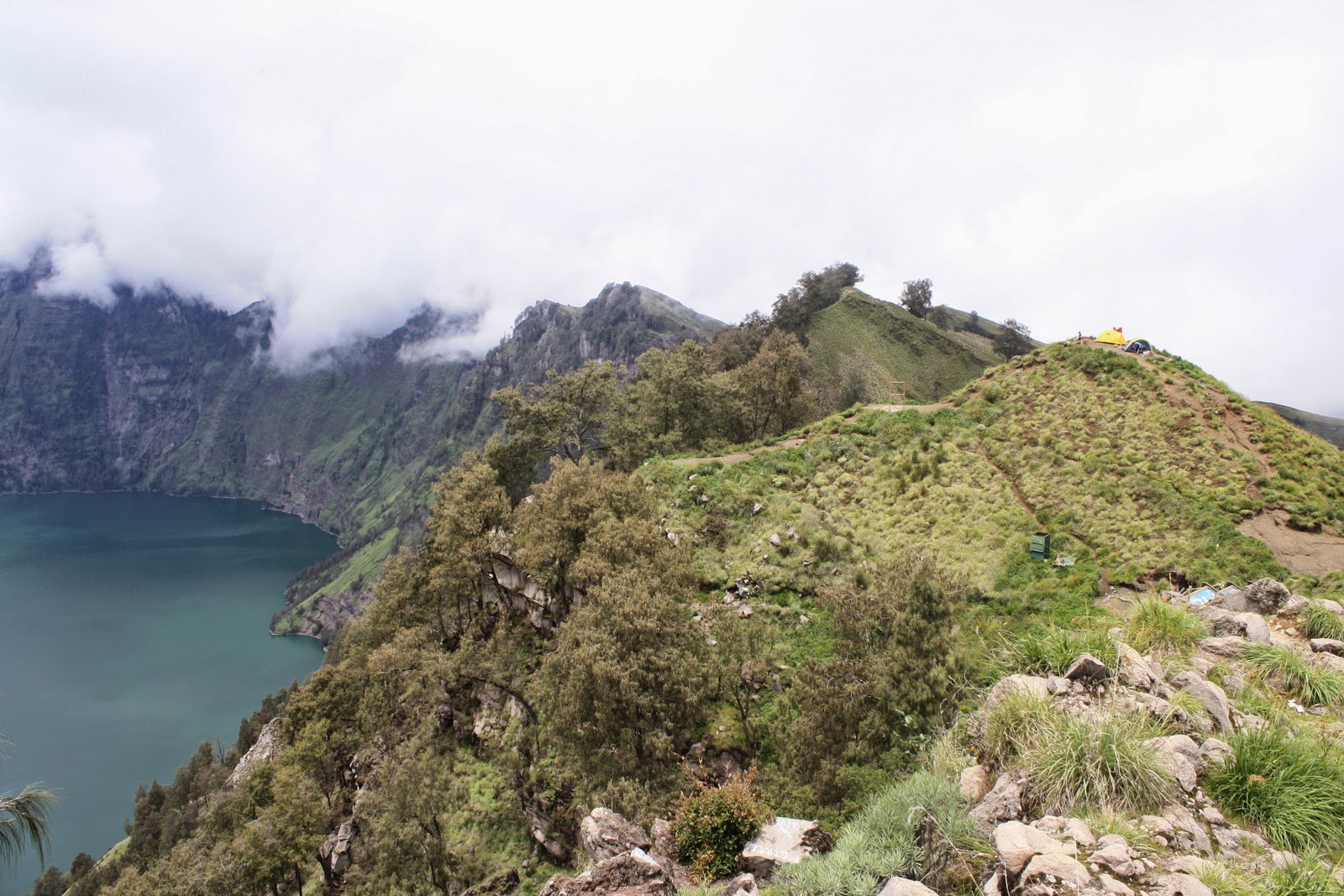 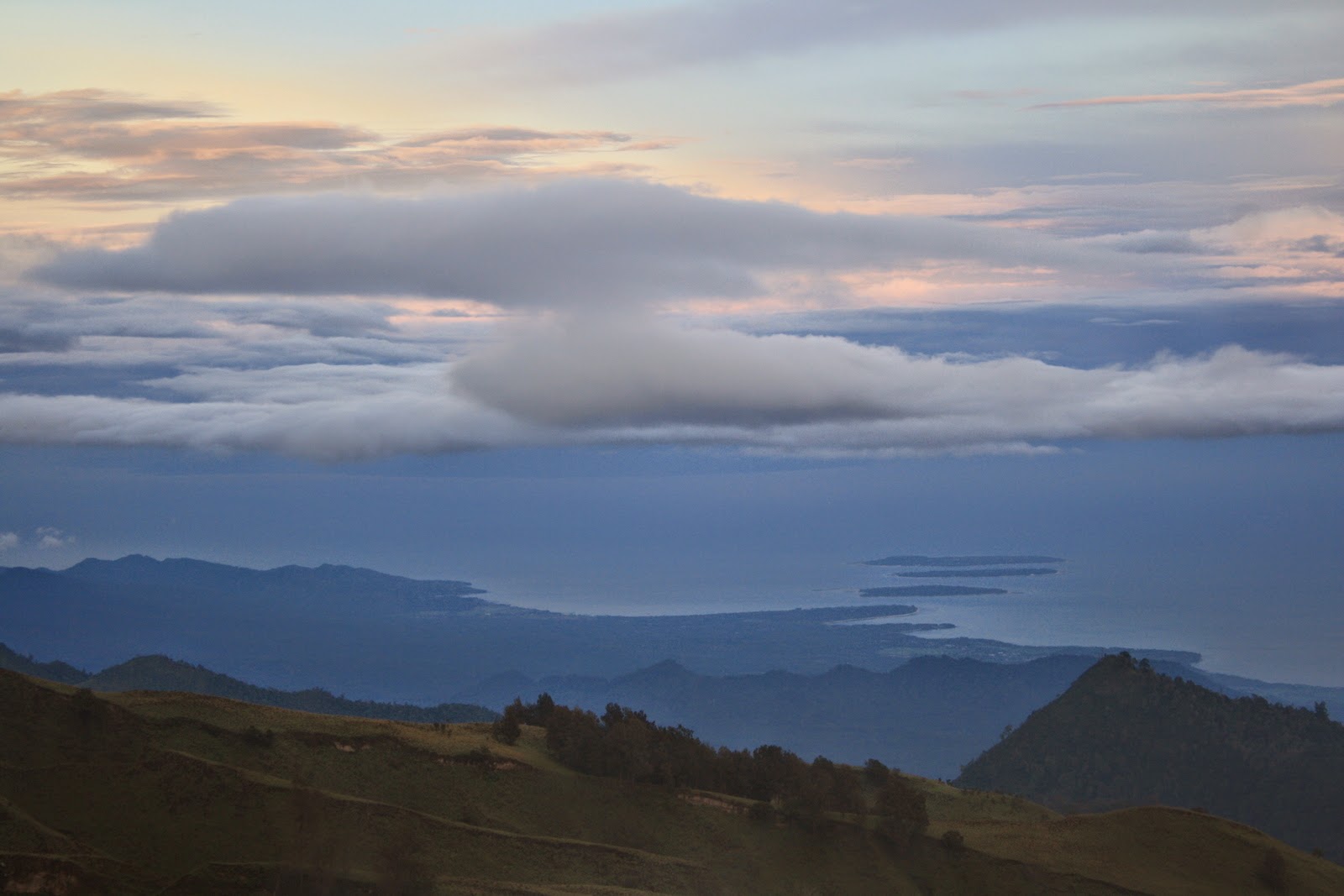 Gili Islands seen to the West at sunrise 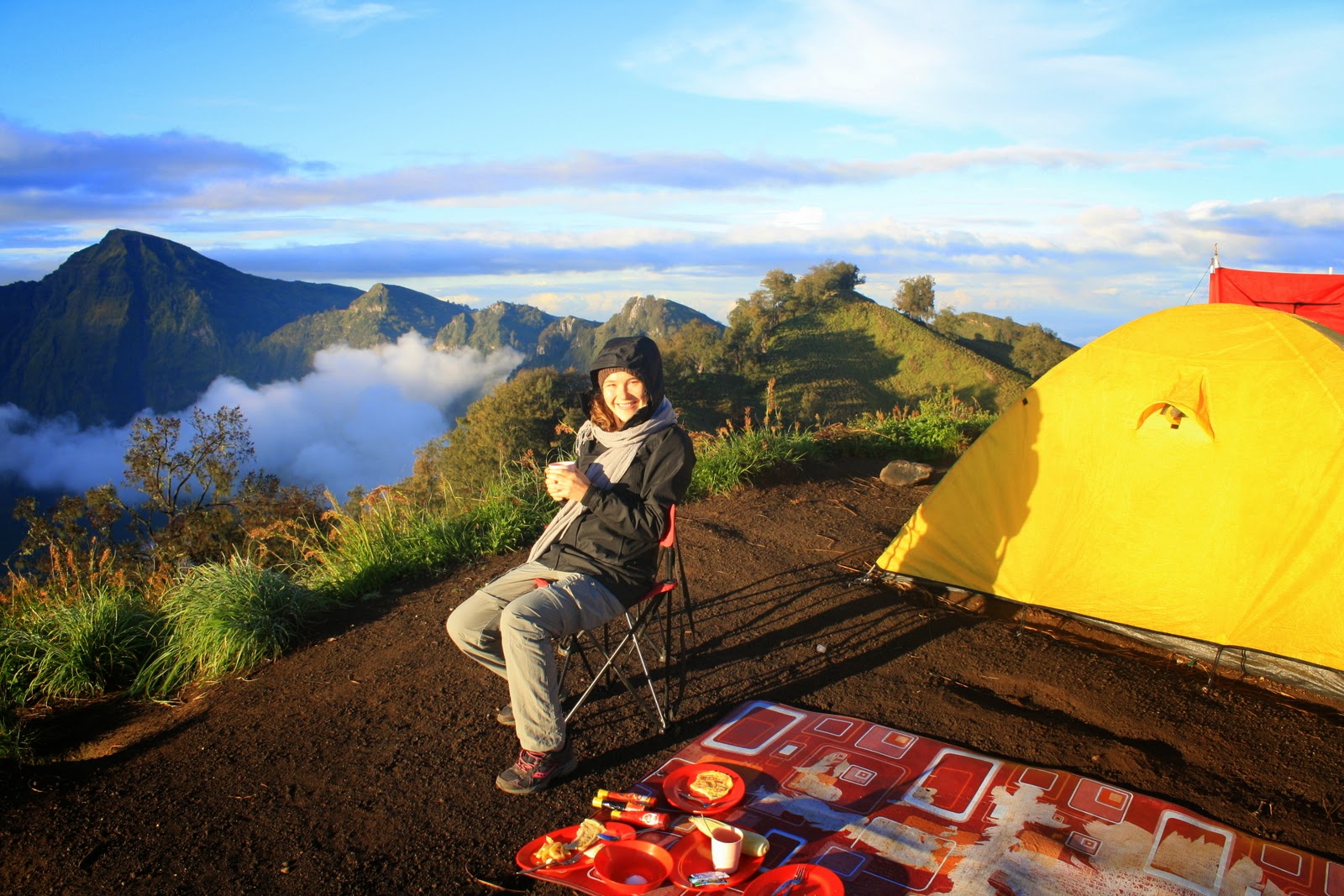 Holly enjoying a hot tea and breakfast at sunrise 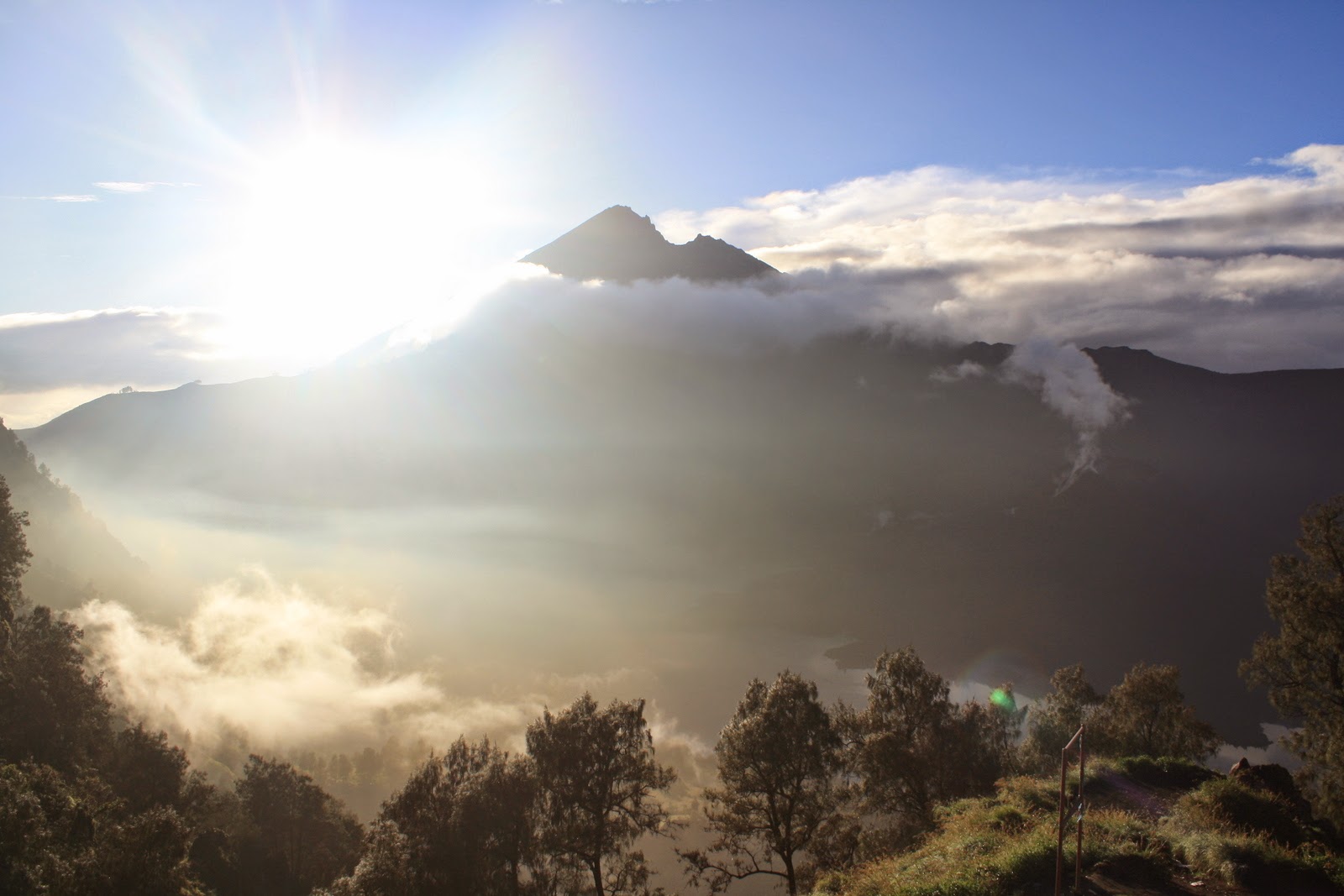 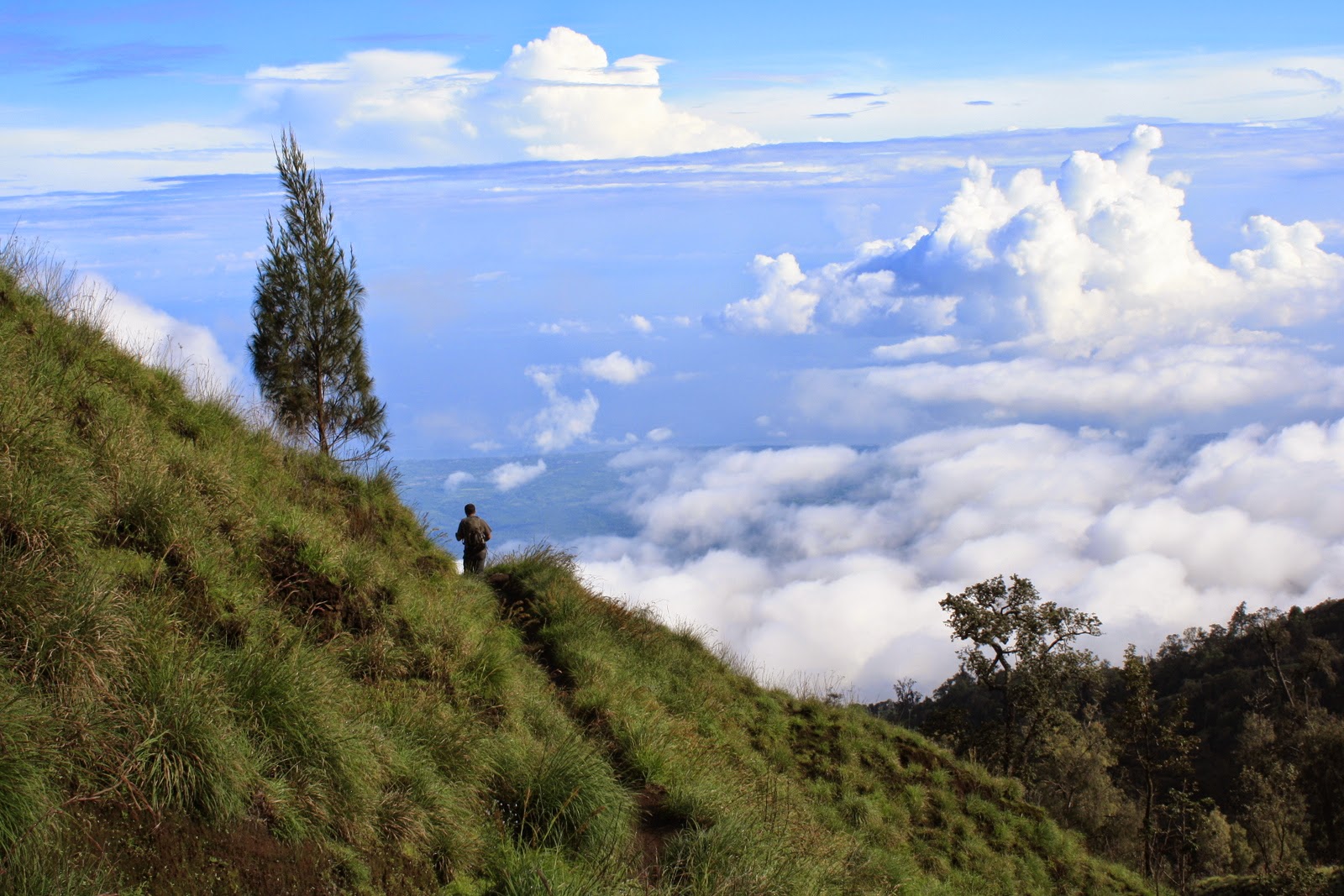 Hiking down through the grasslands 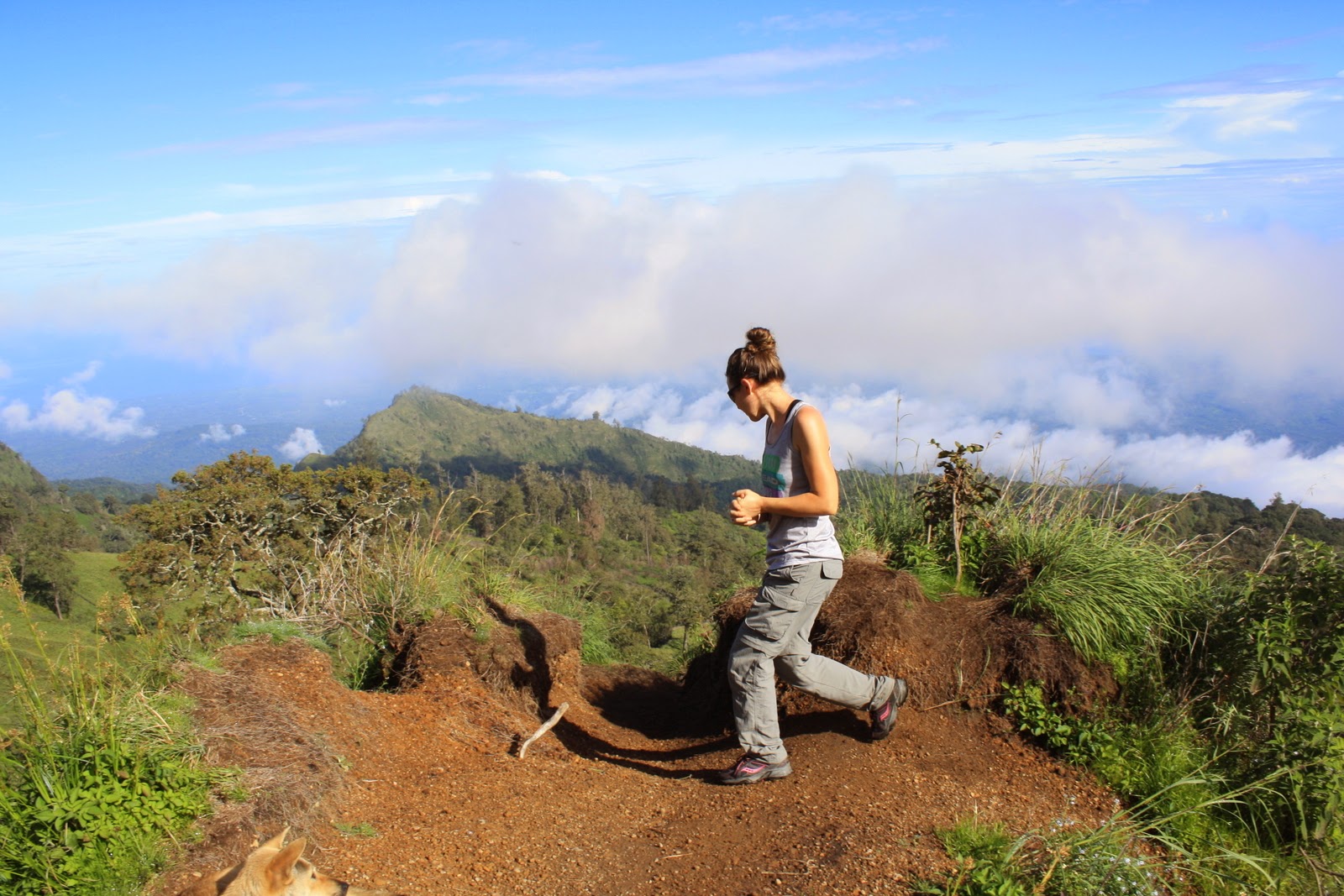 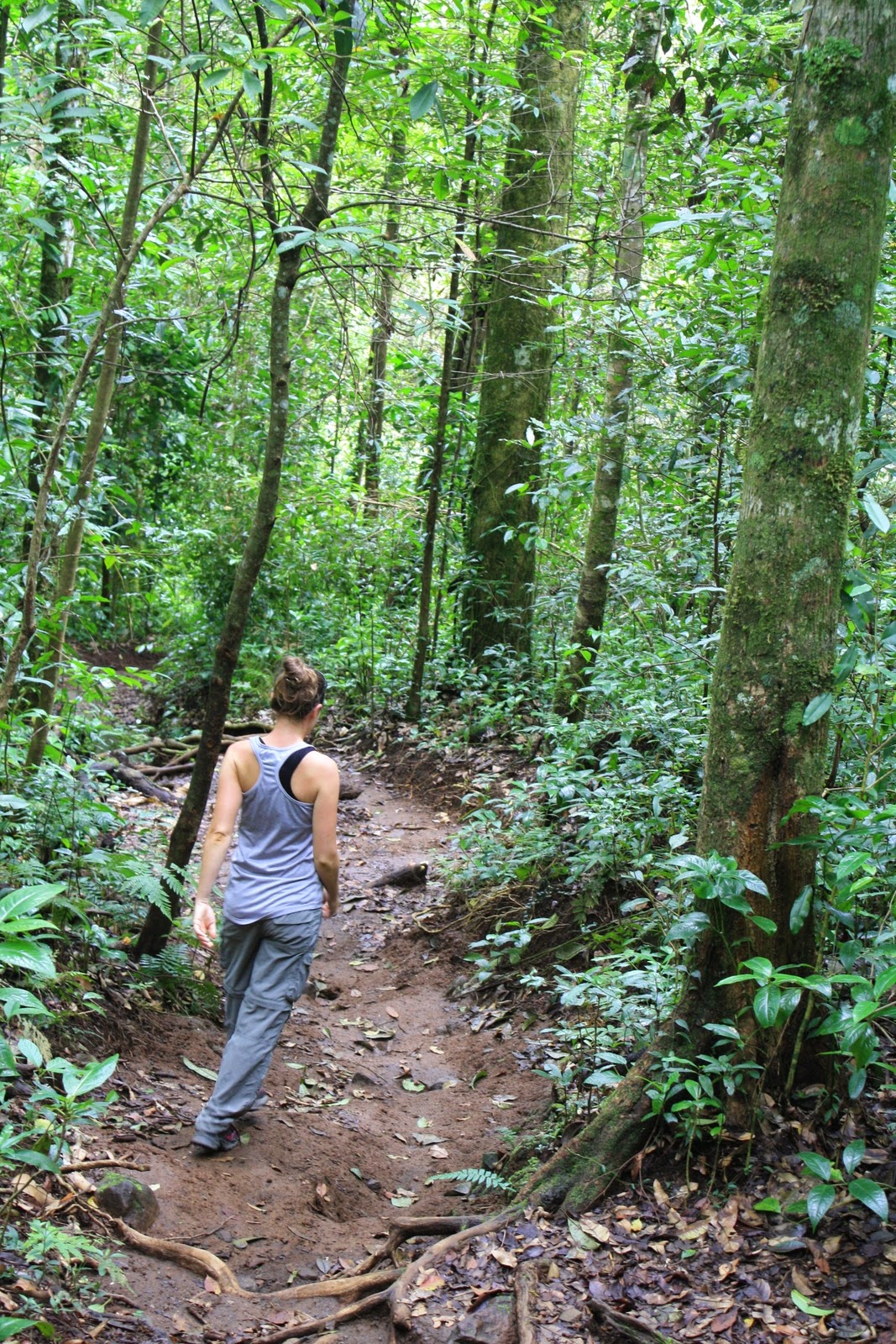 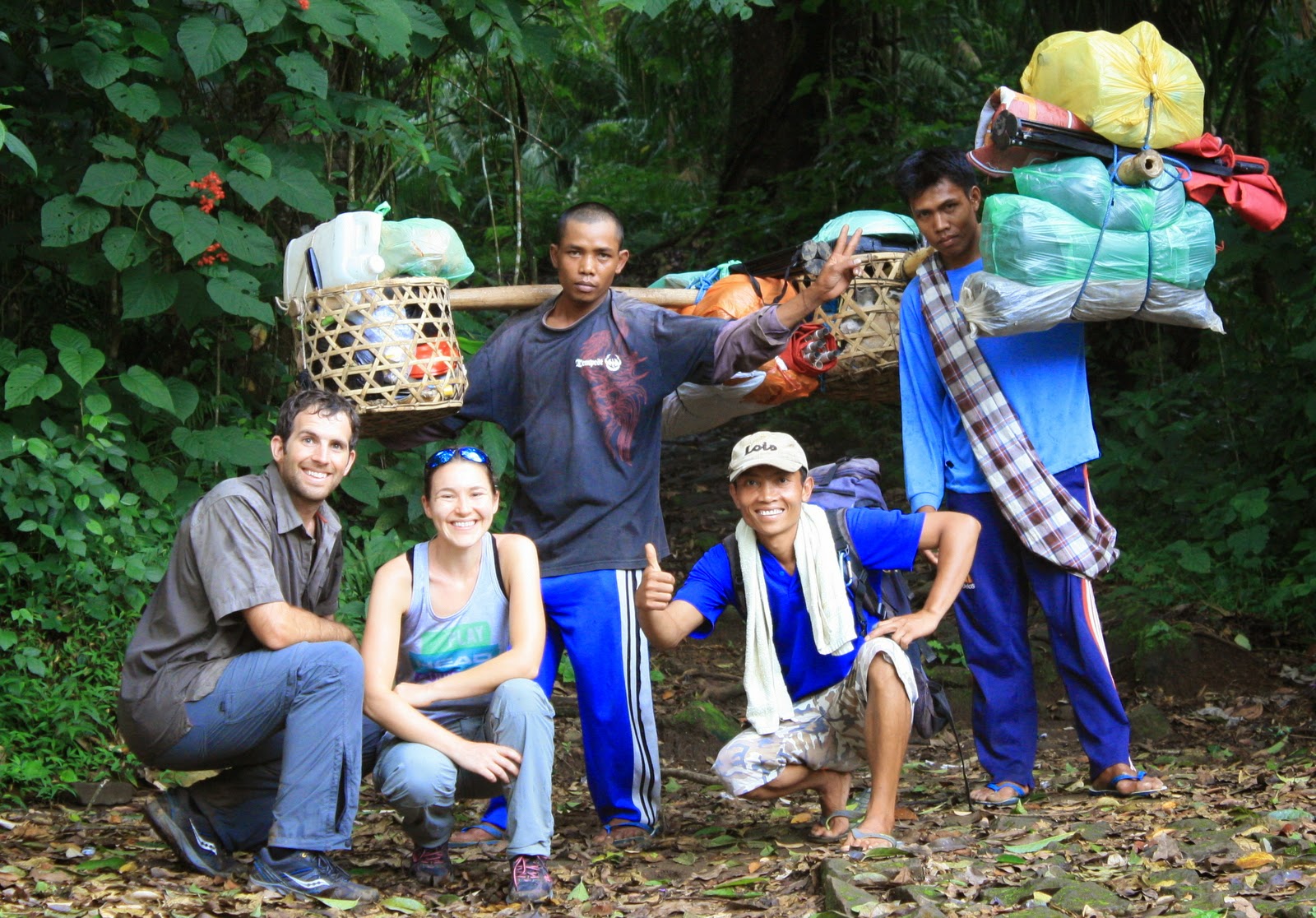 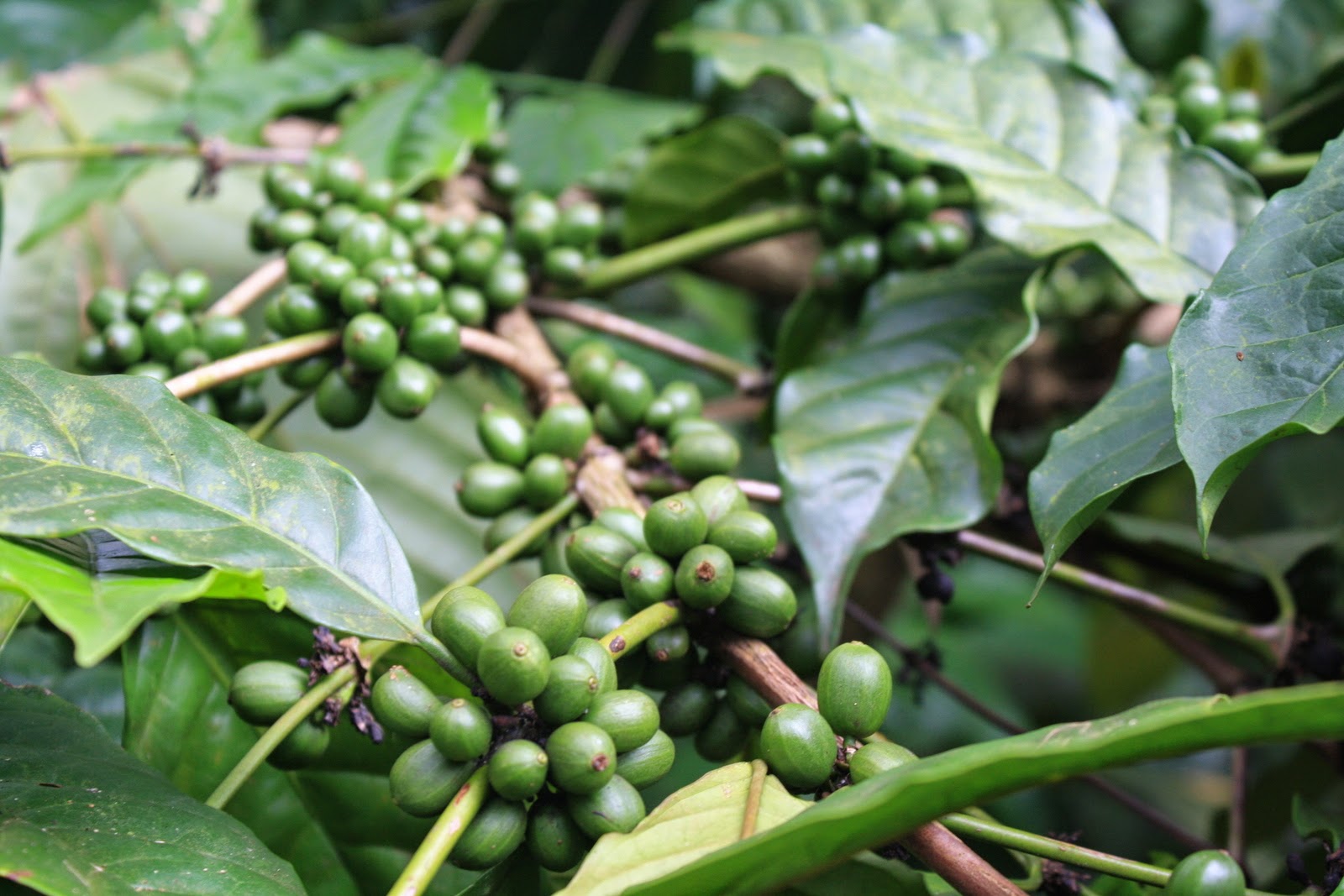 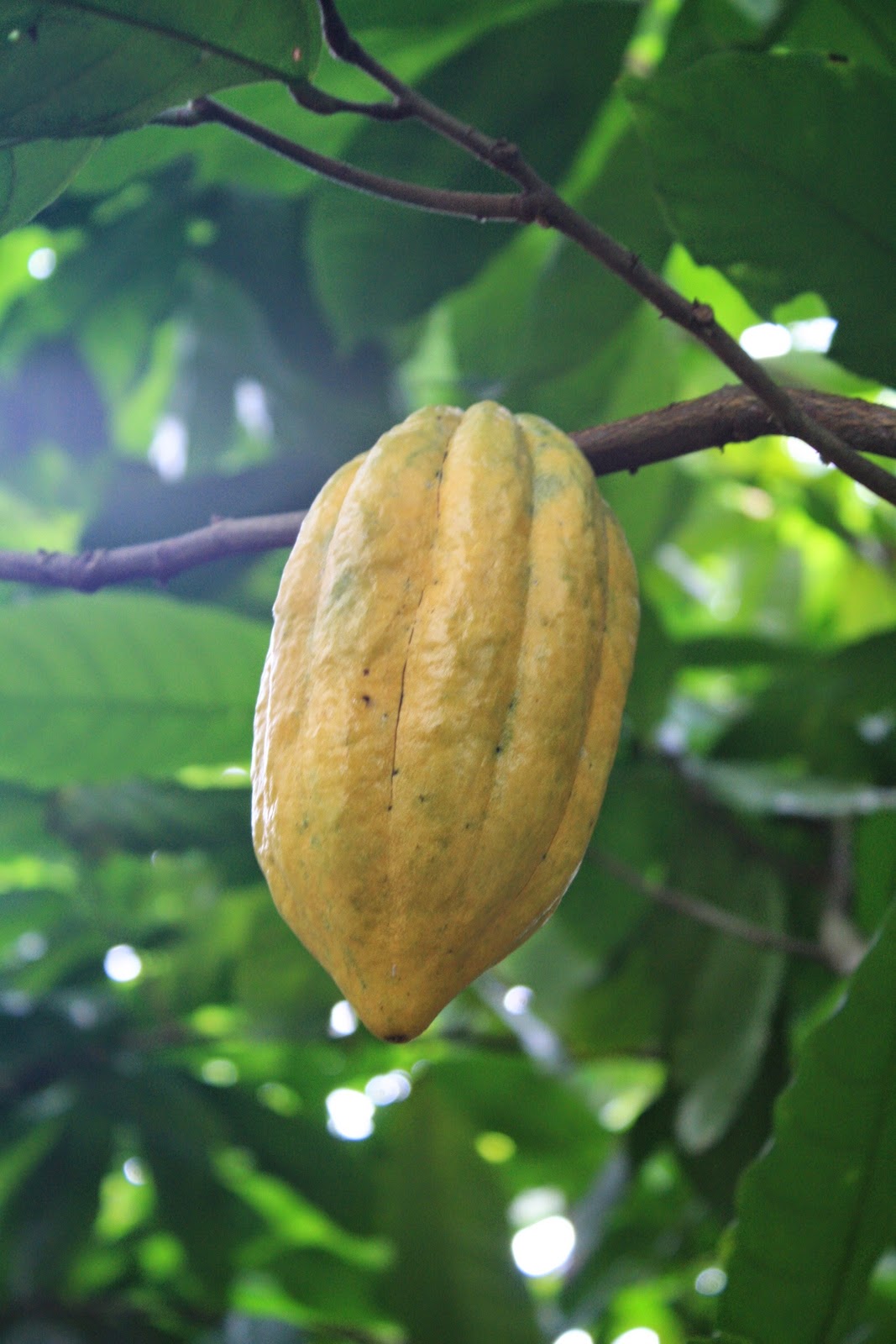 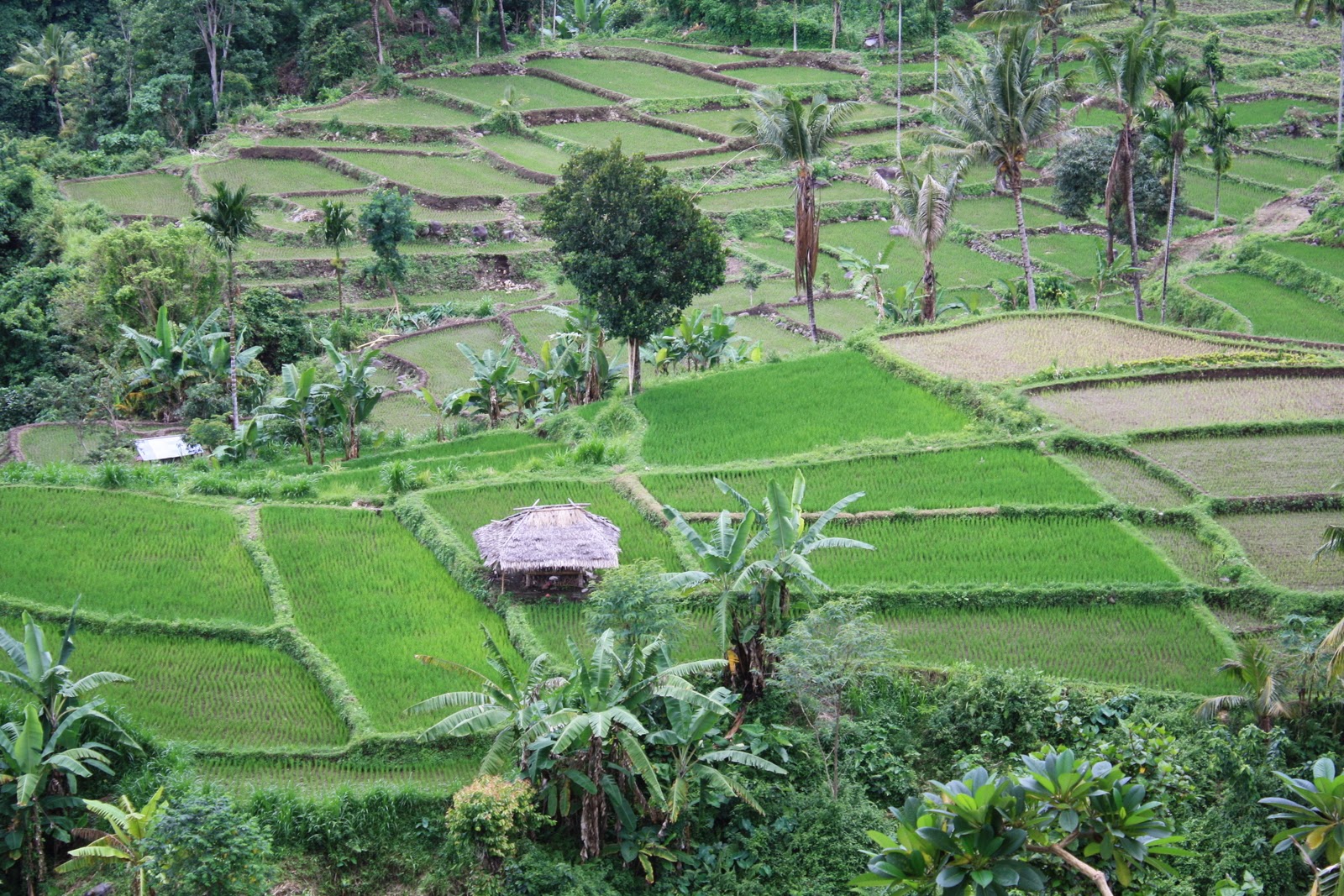 Terraced rice fields on the lower slopes of the mountain